What is the proper role of faith in relation to politics? That is a question without any one-answer-fits-all solution, but it's no denying that many of the politicians throughout the decades have been religious. They have stood up for their faith, used it to make moral decisions for our country, and were sworn in on sacred texts to show their dedication.

Even though some of them might have gotten backlash or risked the chance of losing votes with their declaration of faith, these politicians chose to remain firm. Religion plays a large role in their lives, and they want to use their platform to share that faith with others. They want to protect the religious freedoms the country allows, and make this a safe space for every citizen.

These political figures were not afraid to talk about their faith to the general public. Here are some quotes that will help inspire you. 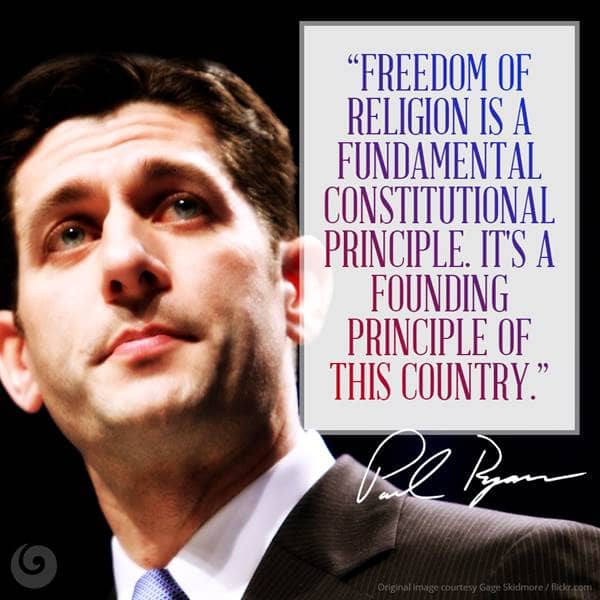 Religious freedom has been under fire for years, but Paul Ryan isn't afraid to show that he wants to defend all religious liberties. The Bill of Rights specifically talks about religious freedom in the First Amendment, which says that everyone in the United States has the right to practice his or her own religion, or no religion at all. Our country's founders, who were of different religious backgrounds themselves, knew the best way to protect religious liberty was to keep the government out of religion. This fundamental freedom is a major reason why the U.S. has managed to avoid a lot of the religious conflicts that have torn so many other nations apart. 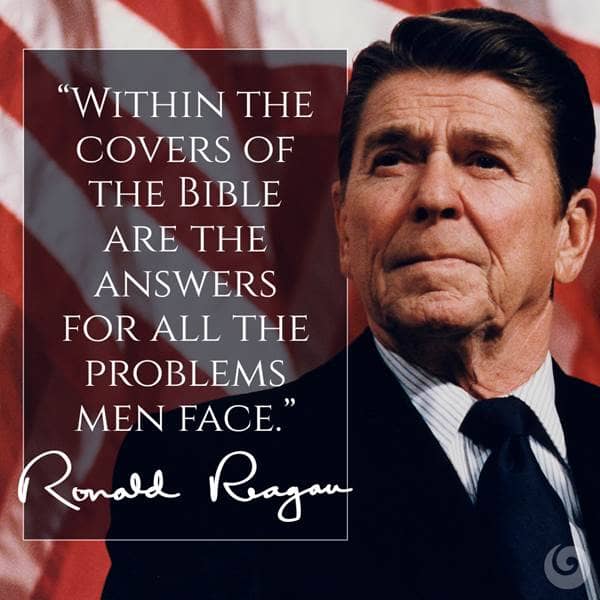 President Ronald Reagan found his personal Christian faith to be a huge part of his solution to difficult problems. His morals and values lined up with those that can be found in the Bible, and he would use the text frequently. Reagan knew that men were flawed and imperfect, but that God was different. His sacred text would be a great basis for how to solve many problems of the world. 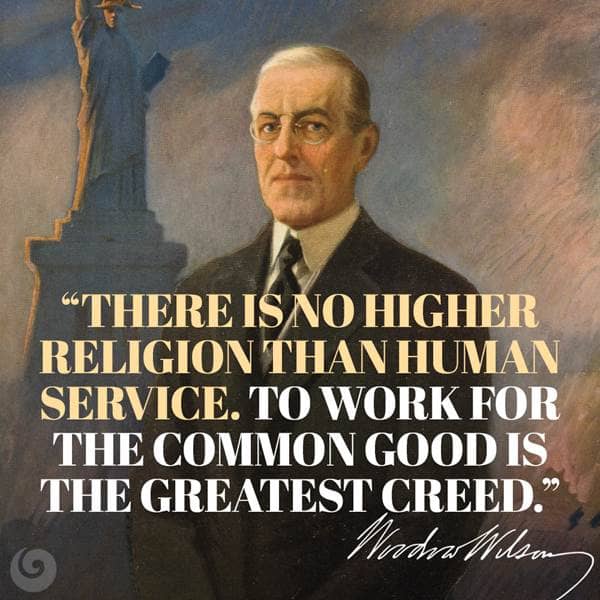 President Woodrow Wilson believed that there was more to religion than just praying or going to your local faith center. What really matters is when you put your faith into action. Learning about helping others in the Bible is one thing, but actually get out there and offering your services to those in need is another. Wilson knew that if people could put aside their differences and work together, the world would become a much stronger nation. 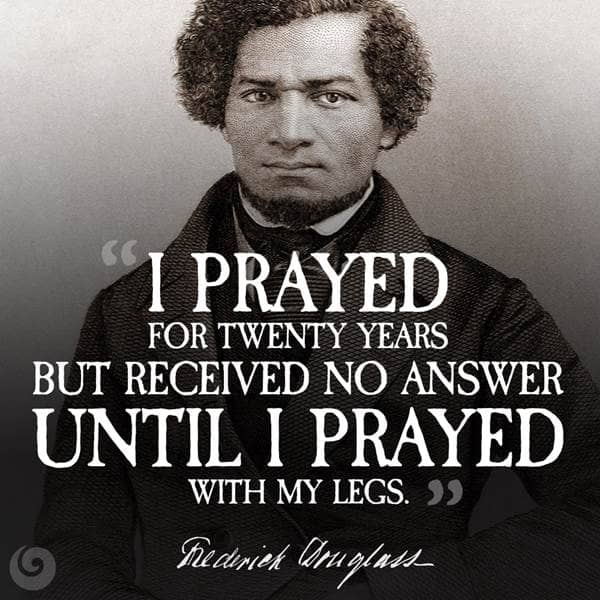 Much like President Wilson, activist and social reformer Frederick Douglass realized the importance of taking action. While not a typical politician, Douglass made huge changes to the political sphere of the time. He was able to become a national leader of the abolitionist movement, something he wouldn't have been able to do just by praying alone. He knew that taking the first steps forward and putting in effort and hard work would be required to make his prayers a reality. He knew he could, because God was behind him. 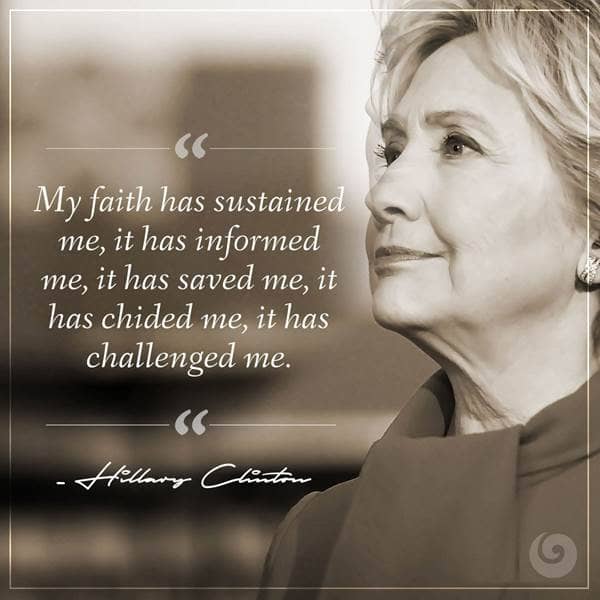 Hillary Clinton has been through a lot during her political career, but it was her faith that helped to keep her levelheaded and moving forward. Even when she felt defeated, she knew she could always fall back on her faith. No matter what religion you identify with, it's important that your faith is your foundation. It can help you overcome whatever obstacle life throws your way. 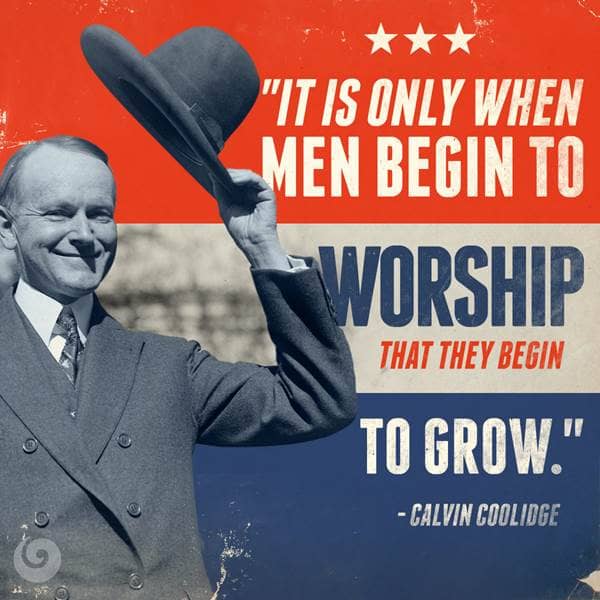 Calvin Coolidge wasn’t as vocal as some presidents about his religious belief. But that faith was real, strong enough to help him surmount personal setbacks, to make unpopular decisions, and to restrain his own vanity and so govern better. He knew his faith made him to be a better person, but that didn't end at him. He believed that when anyone chooses to start their own faith journey that they will eventually become a better person too.

While some think that faith and politics shouldn't mix, at the end of the day the two are very much entertwined. These politicians are ready to defend religious freedoms for all, and share their own personal faith experience with their voters. Which quote did you connect with the most?

Have Politics Replaced Religion in America?
Is politics becoming the new religion? Read next feature >
Megan Bailey is the Social Media Specialist and Content Producer for Beliefnet. She attended James Madison University where she received a degree in psychology.