The Bible never mentions abortion, but it does offer support for choice.

The 30th anniversary of Roe v. Wade, the U.S. Supreme Court decision legalizing abortion, created a huge amount of misinformation about the nature of being pro-choice. Starting with President Bush's proclamation of National Sanctity of Human Life Day, the purpose seems to be to portray those who are pro-choice as godless and heartless. But being pro-choice is firmly grounded in the Bible.

Who is pro-choice and religious? Denominations with official and long-standing pro-choice positions include the Presbyterian Church (USA), the Episcopal Church, the United Methodist Church, the United Church of Christ, the Unitarian Universalist Association of Congregations, and Reform and Conservative Judaism. These organizations have a diversity of views about abortion and recognize it as a morally complex decision that must be made by the person most affected--the woman.

Among religious groups, the pro-choice position is nuanced, recognizing that most people believe abortion--as well as bearing children-are matters for individual conscience, not government or religious mandate. Pro-choice denominations don't seek to impose their views on others or to make them law. They recognize that in our pluralistic society, politicians must not be allowed to impose laws about childbearing based on any particular belief about when life begins. The notion that life begins at the moment of conception is a belief held by some, but not all, religious groups.

In fact, the Bible never mentions abortion and does not deal with the question of when life begins. Genesis 2:7 (God "breathed into his nostrils the breath of life and man became a living being") refers to the specific, unique event of the creation of Adam out of the earth. It says nothing about the process of conception, pregnancy, and birth.

The Book of Exodus clearly indicates that the fetus does not have the same legal status as a person (Chapter 21:22-23). That verse indicates that if a man pushes a pregnant woman and she then miscarries, he is required only to pay a fine. If the fetus were considered a full person, he would be punished more severely as though he had taken a life. [Editor's note: Read more detailed pro-choice and pro-life analyses of Exodus 21.]

Religions have many different--and changing--tenets about abortion. Some oppose abortion in all cases because they believe human life begins when an egg and sperm meet. They hold this belief even though medical science defines pregnancy as beginning with the implantation of the fertilized egg. Others believe abortion must be allowed in cases of rape and incest. Some believe abortion is required in certain circumstances, such as when a woman's life is in danger.

Many religions believe the decision must be the woman's because she is the person most affected.

Christians and Jews agree that all life is sacred--the life of a woman as well as the potential life of a fetus. Many Protestant Christians emphasize the New Testament's teaching of the priesthood of all believers, meaning that everyone has direct access to God and therefore the ability to do God's will.

The Bible tells us that God acts within human beings to set us free and enable us to assume responsibility for ourselves. If we make wrong choices, God forgives us. Humans, by the grace of God, have developed medicine, surgery, and psychiatry to prolong and enhance life. These same medical approaches can be chosen to prolong or enhance the life of a woman for whom a specific pregnancy would be dangerous.

All Jewish authorities base their understanding of the Jewish view of abortion on two basic Jewish principles--that preserving life is of paramount importance, and that the fetus does not possess the same status as a living woman. Most Jewish thinkers throughout history have held that when a woman's life or health is at stake, abortion is permissible and sometimes even mandatory, regardless of the stage of fetal development.

Together, pro-choice Christians and Jews base their views on these biblical principles:

Stewardship. Genesis tells us we are created in God's image and that with that gift comes the responsibility for ".every living thing that moves upon the earth" (1:27-28). It follows that, as moral agents, women have the God-given obligation to make decisions about the course of action that seems most responsible in cases of unwelcome pregnancy.

Free will. Created in God's image, we are endowed with the ability to make moral choices. This ability is the very basis of an individual's dignity and autonomy.

Personhood. The Bible's portrait of personhood centers on the woman and man who bear the image of God and live in responsible relation to God.

Respect. The Bible places full responsibility for procreation in the hands of parents. Requiring a woman to complete a pregnancy against her will devalues motherhood and shows lack of respect for women.

Religious Liberty. Religious Americans honor the dignity and value of all human life but recognize that different religious traditions hold a variety of views regarding when life begins and when ensoulment occurs. In this nation all are free to live according to their consciences and religious beliefs. No one religious philosophy should govern the law for all Americans.

In conclusion, being pro-choice is not being pro-abortion. Bishop Melvin Talbert of the United Methodist Church put it this way in a 1996 sermon: "In reality, there are many of us who believe that choice is the most logical and the most responsible position any religious institution can take on this issue. My sisters and brothers, we are dealing with something that is deeply spiritual and cannot be left to those who would choose to politicize this issue and further victimize those who must ultimately decide for themselves." 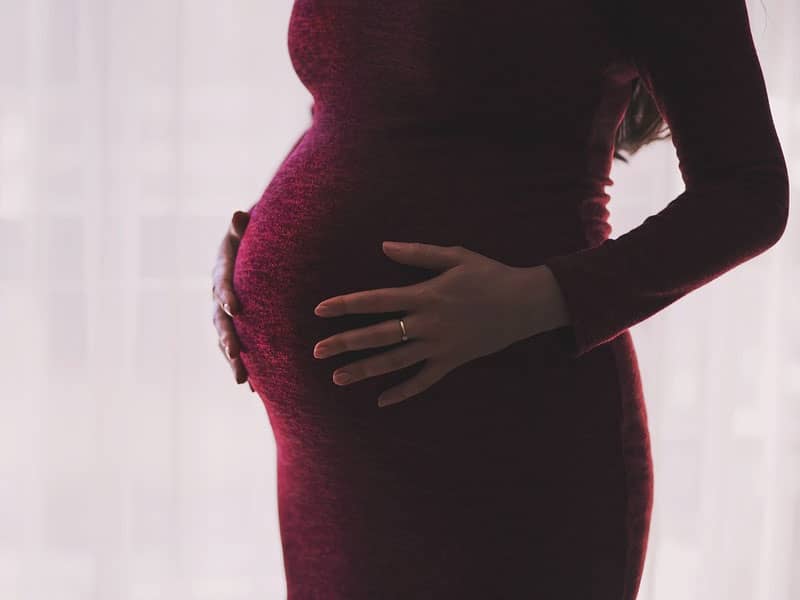 5 Tips For Avoiding Stress During Pregnancy