MEXICO CITY, July 5 (CNS)--After the defeat of the party that tried for decades to suppress Mexico's Roman Catholic Church, a bishops' official said the church would expect no privileges from the new government but would continue to press for full religious freedom.

Auxiliary Bishop Abelardo Alvarado Alcantara of Mexico City, general secretary of the Mexican bishops' conference, told a post-election news conference that church leaders congratulated the victor, Vicente Fox Quesada, but that the church "did not expect privileges or need them, nor was it asking for them."

Fox, 58, defeated Francisco Labastida, candidate of the Institutional Revolutionary Party, which had ruled Mexico since 1929. Fox, frequently described as a conservative populist, was the candidate of the National Action Party.

Alvarado said Mexican bishops did not expect "drastic changes" in the government soon because "the evolution of a people takes a long time."

"We do desire that there be religious teaching, not precisely in the schools, but rather that there be an awareness of the necessity to educate in religious and moral values. We are not asking for this at this time, but it is up to the society, parents, and the executive and legislative branches to decide in their time," added Alvarado.

The bishops' conference president, Archbishop Luis Morales of San Luis Potosi, thanked God "that the elections were carried out in peace, order, and tranquility, and that this is one of the advances achieved by the people of Mexico in recent years, the construction of a more participatory democracy."

Non-governmental election observers from Canada and the United States said that the election was well-conducted in most urban areas, but that there were still severe problems in rural areas, including the southern states of Chiapas, Tabasco, Oaxaca, and Guerrero.

A Canadian group that included two priests, Franciscan Father Martin Bettin of Castlegar, British Colombia, and Jesuit Father Michel Corbeil of Montreal, witnessed vote buying in Guerrero and threats and intimidation by supporters of the ruling party directed against election officials and observers at polling sites in the highlands of Chiapas.

Global Exchange, a U.S. non-governmental organization based in San Francisco, said it was concerned that the abuses its observers witnessed in southern Mexico would be repeated in state elections in Chiapas in August and in Tabasco in October.

Throughout the campaign, Fox called for respect for freedom of religion and equality of treatment of Christian churches in Mexico. He promised to ease restrictions on Catholic schools and on religious activity in public schools.

"Freedom of religion, conviction, practice, and education must be truly and fully guaranteed in Mexico, and laws on the activity of the state [in terms of religion] must disappear," he said in Monterrey in mid-January.

Mexican churches are described in law as "religious associations" and must be registered with the Interior Secretariat. Restrictions have been set on what churches and their clergy can say or do with regard to politics. The fact that the overwhelming majority of Mexicans are Catholics has led to complaints from Protestant leaders that they are ignored or misunderstood.

Government figures report 97% of 85 million Mexicans over the age of 5 are Catholic. The country's total population is about 100 million.

The role of churches in Mexico's political life has been controversial throughout the country's history. Constitutional reforms in 1857 saw church property expropriated by the government.

In the wake of the Mexican Revolution, which began in 1910 and was still being fought nearly 20 years later in some parts of the country, the new national government imposed more restrictions on clergy and on the activity of the church.

In response, bishops suspended services in Mexico for three years, beginning in 1926, to protest the restrictions; some also supported a three-year-long counterrevolution, the Cristero war. The National Action Party emerged from among victims of those years of repression and for decades was the country's only opposition party.

Institutional Revolutionary Party leaders considered themselves to be the inheritor of the values of the Mexican Revolution, including the sharp separation between church and state.

Repression gradually eased in the 1930s, and constitutional changes and other reforms in 1992 lifted most restrictions. 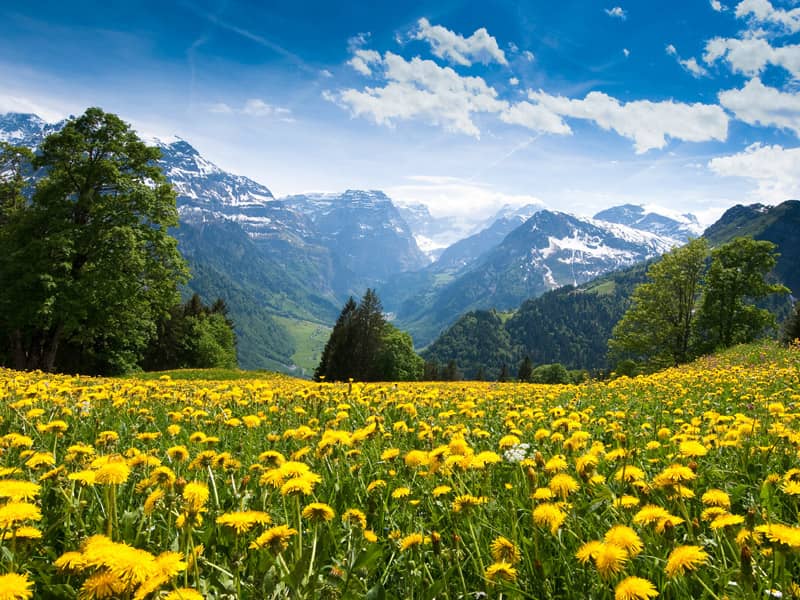 7 Flowers You Can Put in Your Salad This Summer