Lots of Galaxies, But Why?

This deep-space image shows galaxies on parade. So far, an estimated 40 billion galaxies have been detected, and each time telescopes are improved, more are found. The universe may hold hundreds or thousands of billions of galaxies, if not an infinite number. Such a profusion is mind-bending enough in itself. Yet one of the running puzzles of Big Bang cosmology is why there are galaxies at all.

If the initial event that caused the universe hurled material in all directions, why did the cosmos end up with most of its substance clumped together in galaxies, rather than evenly disturbed throughout space?

The latest Big Bang theories say there must have been ripples and deviations in the incipient Big Bang material. The ripples were small at first but, inflated up to cosmic scale, became the difference between galaxies and the far larger interstellar void, which presumably contains nothing of interest. Ripples in the incipient cosmos were "broken symmetry," in the current physicist's phrase, and they caused the galaxy-grouping effect.

That's the pure physics explanation, at any rate. The explanation from teleology is this: galaxies had to form in order for there to be life. If the material of the Big Bang had been distributed with perfect evenness, there never would have been stars, since no one point in space would possess the differential gravity needed to pull in elements and start a stellar process. Without stars, the universe would have been nothing more than an immense vapor: no light, no warmth, no life. 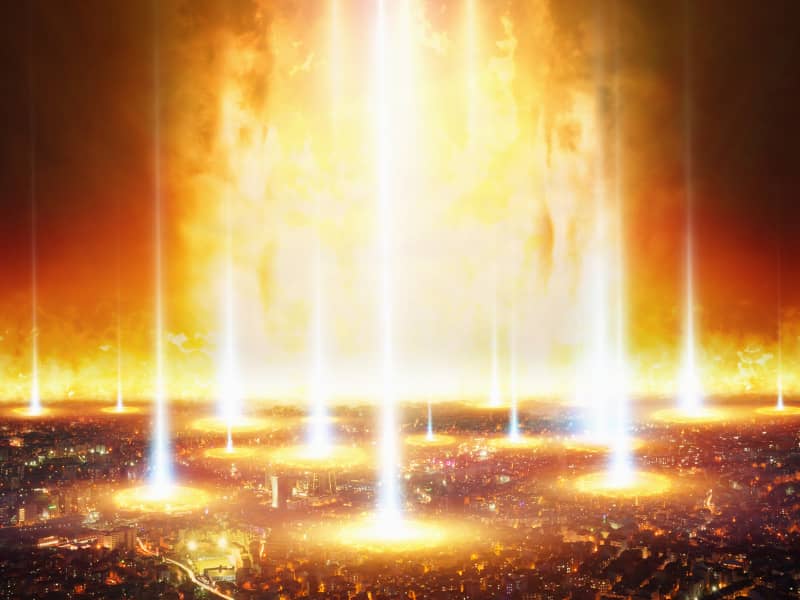