The Preposterous Claims of Militant Skeptics

The more you open to the flow of life and work with intuition, the more you find that it becomes less and less of a vague feeling, a "knowing" or a vision that is to be trusted. 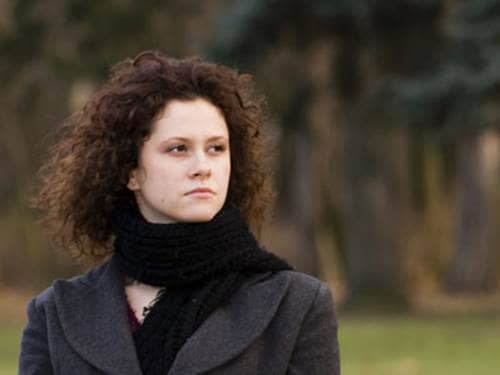 "A new idea comes suddenly and in a rather intuitive way. That means it is not reached by conscious logical conclusions. But, thinking it through afterwards, you can always discover the reasons which have led you unconsciously to your guess and you will find a logical way to justify it." - Albert Einstein

I’d like to address some unfounded and preposterous claims coming from militant skeptical circles. You may be used to seeing words such as “preposterous” directed mainly at religious believers and spiritually oriented people. However, the most hardcore skeptics are often just as guilty as those whom they find themselves in debates with.

The inspiration for this article arose from a conversation on a YouTube video page in which a user called me arrogant for using the word "soul" in a comment. The comment was meant to console the uploader during a crisis in her career. The resulting conversation became rather fruitful after a while.

There is a school of thought that assumes that we all have access to the same knowledge sources and that these sources come from normal waking consciousness. In other words: Touch, taste, sight, hearing, scent, the intellect, scientific methodologies and scientific machinery.

When someone makes a claim about inner guidance, intuitions that go beyond mere "gut" hunches, empathic information, etc, this school of thought proclaims "you have no way of knowing that."

In this vision, information coming from subtle and untraceable sources is no different than a consultation with a magic 8 ball or a coin toss. The assumption is that these processes are random. The bearer of such knowledge is shooting in the dark and has no right to make statements that mislead people.

To turn the tables around, the fundamental assumption behind this school of thought is exactly that - an unproven assumption that is taken as gospel truth.

On Thanksgiving, a woman told me a story about an intuition she had with a man who was walking toward her late at night. She "knew" without a doubt, through a flash of insight, that this man was an exhibitionist who was about to pull his pants down and show her his willy. She was exactly correct.

If you told this person that this flash was just a random guess and that she just happened to get lucky, like in Roulette, she probably would have a lot to say.

Albert Einstein, a self-taught amateur physicist, produced his greatest works after flashes of "knowing". He could not trace where the knowledge came from. Nor could he trace the process of its travels from the source to the conscious mind and intellect. This is how intuition works. It looks at the whole while the intellect pieces together the parts. Both are essential.

Einstein was not in a possible life or death situation, so he was able to get his ideas tested through math and science. Healthy skepticism was a luxury he could afford. He "knew" his model worked better than the quantum mechanics of his time. However, you can't just tell the scientific community to incorporate a new idea into the existing body of science without putting it through the scientific process. Furthermore, they won't be able to work with it anyway without structuring it accordingly.

What if the above mentioned woman doubted her knowledge, which came from a very holistic and subtle non-random source, in the case of a possible rape? Extending the logic of the religious wing of skeptics, she would have to have the permission of science first before placing trust in it.

It could be 100 years before science develops the means and methods to catch up to this anomoly. Anomolies that don't fit neatly into a prevailing scientific paradigm are usually ignored for a long time until a new generation of scientists starts to admit, at least, that the anomalies exist and that they don't fit the current mold.

Over time, the old guard dies out and there's less controversy. First, the mere admittance of a new possibility ceases to be a "hot potato" career ender that gets you laughed out of the field. Then, it becomes easier to design and obtain funding for studies that work with these things.

In Einstein's case, what if science did not have the means or methods to confirm his intuitions? Could it have been concluded that he was selling a Santa Clause story based on random chance of the imagination? He did have knowledge of quantum mechanics, so it wouldn't be COMPLETELY random of course. However, it still would have been quite a leap according to some. Many people would have called it a bunch of hooey or, to use a more sophisticated term, balderdash.

At the moment, studies of enlightenment are limited to methods such as the Functional MRI (Magnetic Resonance Imaging) scan. This is a scan that measures virtual real time activity in various parts of the brain. Science can conclude that "these advanced yogis have significantly more gray matter in the such and such lobe," and then try to speculate on what that means in terms of emotional health, etc.

One study showed that a group of Buddhist monks with 10,000+ hours of meditation experience exhibited similar activity as a group of novice meditators in the same parts of the brain associated with positive emotion and such. However, the monks had so much more of the same activity happening in the same places. There were a lot more synapses connecting the neurons of the monks, and this meant that there was a lot more communication going on. This suggested a cumulative effect of regular meditation practice.

Notice that all the scientists could do was break things down in terms of emotion levels. If you ask these monks what they experience, what comes out of their mouths may sound like a bunch of hocus pocus. They regularly access the depths of human experience. Their experience becomes deeper and deeper over time. Language, scientific methodologies and even very well designed studies cannot touch these depths after a certain point.

As you approach the whole through ever deepening experience, it becomes increasingly difficult to chop it into parts that the intellect can grasp and manipulate.

All philosophical, religious, political and scientific paradigms are based on a fundamental set of assumptions. In mathematics, you have a set of axioms (two points determine a line, etc) that determine the theorems that follow. The entire model rests on these assumptions.

In the paradigm of the most hardcore skeptics, one of the underlying assumptions is the one mentioned near the beginning of this writing. Everyone is working with the same knowledge base. This one assumption does not allow one to be agnostic about claims regarding psychic intuition or energy healing.

To be agnostic is to be open to a possibility without believing it to be true. The only possibilities in this case are mild forms of epilepsy, gullibility and the placing of emotions in a higher place than fact. Even worse, it could just be a scam to make money through quackery.

One thing that keeps this fundamental assumption alive is a lack of trust. How do you know what's real and what's not? It can be scary territory when information comes from places you cannot see with the normal senses. If you have a fear of being wrong, this makes things even worse. You have to gamble a little bit when learning to distinguish mental noise with real subtle information.

The only way to develop trust is to develop your ability to process increasing amounts of experience. This involves safely and gently conditioning the brain so that it filters out less and less of certain types of information over time. It involves sitting there with your moment to moment experience as it arises and becoming increasingly comfortable with that.

There are activities that you can do that help with this. Meditate. Engage in deep, loving devotion to the source of all in the form of your choice if it makes sense to you. Do yoga exercises. Learn direct intuitive development. Follow your gut and gracefully get things wrong from time to time. Do anything that reduces tension in the body-mind and that allows a more coherent flow of life. Appreciate beauty on a regular basis. Test your intuitions in the real world and keep an open and healthy skepticism. Open to love at every opportunity.

The more you open to the flow of life and work with intuition, the more you find that it becomes less and less of a vague feeling, a "knowing" or a vision that is to be trusted. With practice, the amount of information received increases to the point where it's just as much a reality as the couch that you trust will keep you from falling on the floor when you try to sit on it.

Tom Von Deck is a meditation trainer, speaker and author of Oceanic Mind – The Deeper Meditation Training Course. Tom specializes in making meditation a much easier and more customized process for busy and non-busy people from all backgrounds and lifestyles. His website is DeeperMeditation.net, a Mecca of free meditation training. You can also find him on Google+, Facebook and elsewhere.