Soledad O’ Brien, Journalist and CEO of Starfish Media Group, on Juggling It All

Soledad O’Brien – former CNN anchor for Starting Point – is now focusing on her production company Starfish Media Group. Married with four children- Sofia, 13, Cecilia, 11, and 9-year-old twins Charles and Jackson – Soledad chats with Celebrity Baby Scoop about how her foundation, the Soledad O’Brien & Brad Raymond Foundation, helps young women in their educational endeavors, her role as a special correspondent for Al Jazeera America, and how “everyone’s definition of ‘having it all’ is different.”

CBS: You created the Soledad O’Brien & Brad Raymond Foundation that helps young women in their educational endeavors by giving them opportunities and resources they might not attain on their own. It’s such an amazing organization. What prompted you to start it?

SO: “I started the organization with my husband after Hurricane Katrina. We saw all these young women who were trying to figure out how they could move forward in their lives when they lost everything. They didn’t have money for college or any resources at all. We started by working with one young woman. My best friend said, ‘Listen, she needs a scholarship to go to the high school because the school is not working out well.’ We started taking on young women after that, and then, four years ago now, we decided that we would get an executive director and make the foundation really official. Now we have twenty-five girls that we’re sending to and through college, and they’re doing really well. It’s been a really wonderful experience. I think the main thing was seeing all this need and trying to figure out a way to help people. I think, as a reporter, when you’re knee-deep in some a kind of disaster, that’s very, very challenging.”

CBS: What do you think is your favorite part of being so involved in the organization? What are you the most proud of?

SO: “I think it’s just having really great relationships with young people. For example, one of our scholars is a young woman who is now a registered nurse. Before, she was considering dropping out of nursing school because her grandmother had gotten ill. One of our mentors also has a sixteen-year-old daughter who spent Thanksgiving with us. So I think we have all these great opportunities. One of our scholars, Eric, is also on the road to graduate and is now working at my media company. We have all these wonderful relationships with people, some of which aren’t scholars, some who are friend’s children who discovered the foundation, and some who are diligent young women who are in the foundation and have this great network of support, guidance, and help. I love being able to reach out to these women and help inspire them. I like helping them and I think that’s what my job is.”

CBS: Can you just tell us about your role as a special correspondent for Al Jazeera America?

SO: “Al Jazeera America asked my production company to do a piece for them. I did a piece on Edwin Edwards, who was the disgraced former governor of Louisiana. He’s eighty-six years old and thinking about of running again for the governorship, which most people think would be impossible. We also did an investigation on where the money is in Haiti, the money that people donated and the U.S. government gave. We sat down and did an interview with Jean-Claude Duvalier, the dictator who lead Haiti who now looks like he’ll be facing war crimes against humanity charges. So we’ve had these really great opportunities to do stories, and at Al Jazeera America, we like making the stories really long. Tonight is a show that I worked on, a piece that runs about 8-10 minutes. It is a luxury in TV news to be able to have a nice amount of time to really explain the complications around the story.”

CBS: What sets Al Jazeera America apart from other news shows? You mentioned that the segments are long. What else is different about the show?

SO: “Al Jazeera America features very straightforward news. It doesn’t have to have Kim and Kanye in it to get on TV. I really wanted to tell stories about what’s happening in the world. Your average TV news story is a minute-thirty and we’re doing something for 8 ½ minutes, which is like a lifetime. It’s amazing to be able to sit down with the former dictator of Haiti and ask him questions about whether or not he’s going to be facing charges of crimes against humanity. Clearly, the world today is interconnected; people are very interested in figuring out what’s happening in the world and not just through the prism of screening congressmen in Washington, DC.”

CBS: You go to colleges and university to speak to students about diversity in journalism. How long have you been doing this?

SO: “Oh gosh, forever. I’ve been doing it for at least ten or fifteen years. But it really began when I started doing the documentary series Black in America. What I found in those documentaries was a conversation, not just among African Americans, but also among the nation about some of the issues that were facing African Americans. There were a lot of stories to tell that really were untold in the community and in the world! A lot of the documentaries were spurring these great conversations and we wanted to go talk to college students, as I find them especially enthusiastic and interested in dissecting why we are where we are and what we can do to change the direction of where we are. Whether or not students agree with me or disagree with me is less of an issue than the question: Are they are involved in this conversation about race in America today? One of the amusing things, in a bad way, is that people think of the post-racial, and nobody really talks about race. However, if you hop on Twitter, you’ll see all these creepy racial incidents that people want to talk about. I think were at an interesting time in America, and college students are among those most interested in being a part of that discussion.”

CBS: “You have a job that many can only dream of having. What is it like traveling the world to be on the front line for breaking news stories?

SO: “It’s awesome and an amazing opportunity, and the traveling is usually crazy. For example, when you’re covering a disaster, you’re holding big bags of stuff and bringing plastic bags and rubber bands. Those bands will help you tie up your pant leg when there’s slush, and you sometimes have to sleep in a car. It’s not glamorous, but it’s safe. We’ve also had all these great opportunities to meet incredible people and have a chance to do a great story. And that’s the incredible luxury. I feel very grateful for that. It is a great job that is truly amazing.”

CBS: Is there one story that you feel changed your life?

SO: “I feel very connected to the people of New Orleans and I love following up on that story and seeing how they are doing. That story would probably be the one. It’s a really great opportunity and it’s nice to go to a community, dig in, and see people and how their stories get connected. I also go down to Haiti every year to volunteer at an orphanage that we’re doing a documentary in. New Orleans and Haiti were amazing stories, and I really connected with the people whose stories I covered. I think that’s partly why we started this foundation; we wanted to reach out and connect to someone’s life, successes, and opportunities. I didn’t just stand here and stop covering the story.”

CBS: With a big family and a big career, do you find it hard to balance everything?

SO: “Yes, of course! It’s funny…I was just on the phone with a girlfriend and she asked me, ‘Do you have it all?’ To this, I said, ‘You don’t “have it all!” Everyone’s definition of “having it all” is different. I’m sure mine is different than yours.’ I feel lucky and I thank God that my family is healthy, my husband is a great partner, we live where we do, and I’m making bacon as I talk to you. [laughs] I like that. I think that with what I’m interested in doing, everything is good and comfortable. But I always tell people, ‘What is “having it all?” Your “having it all” is probably not my “having it all.”’ You should work to make the life you want to have. Your life may not involve children or being married. Your life might involve traveling all the time and living in hotels. That would be horrible for me, but that would be awesome for some people. I think that the key is finding what your ‘having it all’ is and then figuring out how to do it. You can’t worry about fulfilling everybody else’s ‘having it all.’” 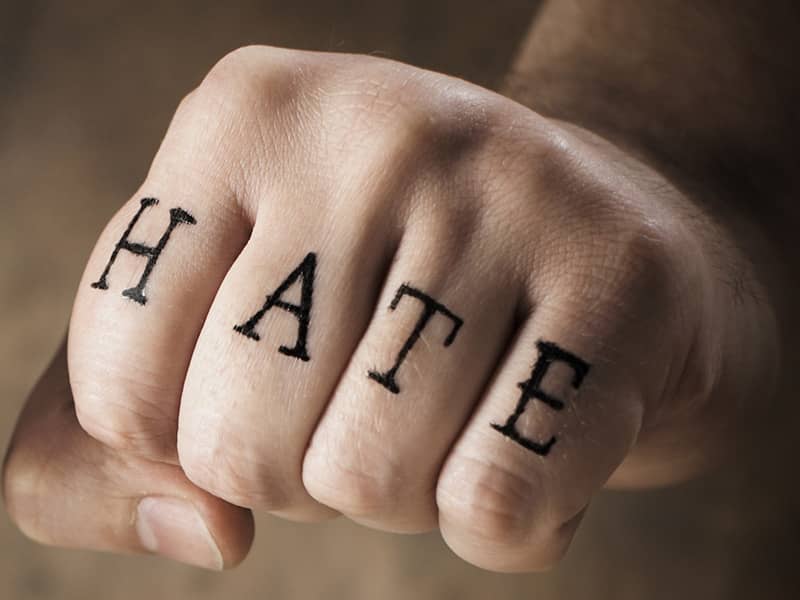