Technology isn’t the enemy; it’s just a tool. Whether it’s positive or negative depends on how we use it. 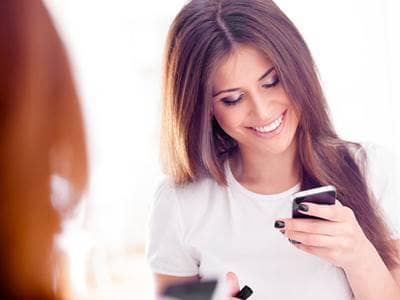 Is it possible to be addicted to technology?

I ask this question in my seminars, and most people say, “Absolutely.” Then they share examples:

· A spouse who seems addicted to his phone, pulling it out whenever there’s a lull in the conversation

· A television that provides constant background noise, whether people are watching it or not

· Accidently leaving your cell phone at home, and driving a half-hour back to pick it up.

Technology has been around for a long time, and we’ve used it as a tool to communicate more rapidly and effectively. But in the past few years, technology has moved from enhancing conversation to replacing conversation. People send messages back and forth, not realizing that they never have live contact with the other person.

It’s not unusual for people to connect electronically with someone for months or even years without having a real conversation. (I bet you can think of someone right now whom you frequently communicate with through social media, but with whom you haven’t had a live conversation in years.)

“That’s OK, right?” one might ask. “We’re still communicating. The relationship looks a little different, but we’re still connecting back and forth. What’s wrong with that?”

One study showed that only 7 percent of communication is the words we use. Thirty-eight percent is our tone of voice, and 55 percent is body language.

In face-to-face conversation, we’re using all three. On the phone, we’ve lost the body language – so we’re down to two. When our communication is completely through email, texting or social media, we’re down to one – and we’ve lost 93 percent of the tools that help us connect.

Some people assume that technology is the enemy because it’s robbing people of their conversational skills. But the benefits of that technology far outweigh the criticism.

The good news? Because of technology, life is much easier. Information is available instantly without a trip to the library, and we can access it in our jammies.

The bad news? Because of technology, life is much harder. There’s so much information available that we get overwhelmed and want to spend the day in our jammies.

When I wrote You Can’t Text a Tough Conversation, I interviewed numerous people to get their perspective. Most of them loved their technology. But most of them also felt like it had gotten out of control, and it was messing up their relationships in some way.

Technology isn’t the enemy; it’s just a tool. Whether it’s positive or negative depends on how we use it. It’s like a razor-sharp scalpel. In the hands of a skilled surgeon, it’s good. In the hands of a crazed criminal, it’s bad.

We’ll always have relationships. Technology isn’t going anywhere either. The key is figuring out how to get them to work together. It’s like two porcupines that fall in love. They need each other, but have to learn how to keep from sticking each other and causing pain.

So, how can we use technology to enhance our relationships? Here’s what it might look like in a family setting:

· Set up no-tech zones in the house, like a living room or family room where no electronics are allowed. This becomes a talking/playing/connecting area.

· Design projects that involve technology in a positive way. For instance, give a teenager an electronic reading device after they’ve read fifty paper books from the library. Then teach them how to download library books for free.

· Have no-tech meals as a family. Decide together on a time frame that’s realistic. One family turns on the out-of-office message on their phones at dinnertime. “Thanks for calling,” the message says. “I’m having dinner with my family right now but will call you back in about thirty minutes when we’re done.”

· Don’t shoot constant video of your kids’ birthday parties. How many times have you gone back and watched them? Let your kids see your face, not a lens.

· Develop a culture of playing board games as a family. They won’t replace the tech games, but provide a chance for non-electronic entertainment that included personal interaction.

· Leave your phone in the car when having dinner with friends. It speaks volumes to them that we want to be 100% undistracted when we’re with them.

· When you see something you think another person would appreciate, take a picture and text it to them. It lets them know you were thinking about them.

· Get a digital video recorder for the television. Then when asked to change the baby, we can use the pause feature instead of saying, “Wait until the next commercial.”

Technology is a tool that has shown up in our lives without an instruction manual. The key is to learn how to use it. If I accidently cut myself with a kitchen knife, it doesn’t mean that all knives are bad and I should throw them away. It means I need to learn how to handle them safely, which will allow me to do some amazing things in the kitchen.

Think about how you use technology. Does it enhance your relationships, or get in the way?

Maybe it’s time to be intentional about how we use it.

Mike Bechtle is the author of People Can't Drive You Crazy If You Don't Give Them the Keys and How to Communicate with Confidence. His articles have appeared in publications such as Writer's Digest, Pastors.com, and Entrepreneur. A frequent speaker and blogger, Bechtle lives in California.