Is Your Spouse Actually Sorry?

Learn the difference between a sincere and insincere apology.

People give insincere apologies all the time. Think about it. People apologize when someone is waiting to use the kitchen sink. They apologize when they nearly run into someone but step aside in time. They apologize for asking a question. In those situations, how much are people really sorry? They do not really feel remorse for the fact that they happened to reach the sink first. They do not mean their apology when they start an opinion or question with “sorry.”

Although it may have begun as a cultural attempt to keep people polite and humble, the overuse of the word “sorry” has actually deprived it of much of its meaning. One would think that it would be easy for people to sincerely apologize because of how commonly people use apologetic language in everyday life. Instead, it makes it difficult to tell when an apology is sincere and when the words are simply recited by rote. With that in mind, how can you tell when your spouse truly means their apology and when they are simply saying sorry either because it is expected of them or in an attempt to make the problem go away?

Cliché as it may sound, one of the best ways to know if someone, whether your spouse or a coworker, is being sincere when they apologize is to trust your gut. Most people are better than they think at detecting when someone is trying to feed them a load of crap. Whether you believe it of yourself or not, you usually have a good sense as to whether or not someone actually means their apology. If you feel like they are just saying sorry because they want you to stop being annoyed with them, there is a good chance that is exactly what they are doing.

That said, make sure that your own personal feelings are not clouding your judgement. An angry heart can quickly smoother your gut instincts. If you are still upset or would rather continue the fight than apologize and make peace, you are more likely to subconsciously look for reasons to hold on to your rage. When that happens, your spouse may well be truly apologizing, but you are simply not ready to hear it yet.

When it comes to anger, be aware of how you are acting when your spouse gives the apology as well. If they seem less than sincere but you are in a towering rage, they may well have reached the point where they would apologize for the sky being blue instead of purple if they thought that would calm you. The same may be true if you are crying, depressed or otherwise deeply emotional. In that moment, your spouse’s instinct is likely going to be to console you in whatever method they can. They are not worried about reflecting on their actions or offering a deeply felt apology. They simply want to ease the immediate wound. The rest can wait.

If you are expecting an apology, it is not your own feelings and behavior of which you need to be aware. Your spouse is no more likely to be able to give a sincere apology when they are still enraged than you would be in the same situation. If your spouse takes a longer time to cool off from a fight than you do, do not expect an apology until later than you would normally give one. They are not going to apologize when they are still stalking around the house with gritted teeth even if you have completely gotten over the fight.

Everyone wants a sincere apology when they feel they have been wronged, but do you know what a real apology looks like? Some people think that simply saying “I’m sorry” is enough to count as an apology. For minor things such as your spouse forgetting to put their dishes in the dishwasher, that might be enough. When you two have truly fought, however, more than two words are required to show true remorse.

If someone is actually sorry, they will have thought about their actions or words and how those actions or words affected another person. They will have reflected and realized where they went wrong. Instead of simply saying, “I’m sorry,” they will be able to state specifically what they are apologizing for and why. For example, they might apologize for losing their temper, deliberately reopening an old wound or taking their frustration at one person out on another.

An eloquent apology, however, is sadly not always enough to show that a person is remorseful. If your spouse is actually sorry, they will endeavor to avoid repeating their actions. If they apologize for getting short with you when they had a bad day at work but then do it again the next week, they are not really sorry at all. Being sorry implies recognition that your actions were wrong. If you did something wrong, you try not to do it again. If your spouse says they are sorry but continues doing the same thing over and over again, they are not really sorry at all.

Apologies are difficult. No one likes to swallow their pride and admit that they were wrong. Without the ability to recognize when you are wrong and admit it, you will never be able to have a meaningful relationship or life. Instead, you will find yourself alone and alienated from all those around you. So be sure you are able to eat crow and apologize for your mistakes, and learn to recognize when someone else, no matter how much you love them, is either unable or unwilling to do the same.
Stephanie Hertzenberg is a writer and editor at Beliefnet. She is a graduate of the College of William and Mary where she majored in Religious Studies and minored in Creative Writing. She maintains an avid interest in health, history and science. 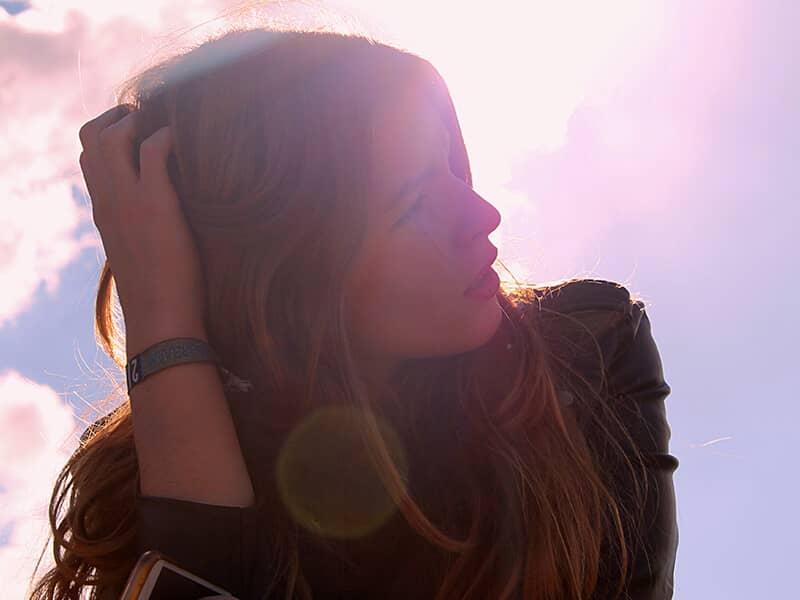