Why We Need a Christian Bachelorette, and Why She Should Be Me 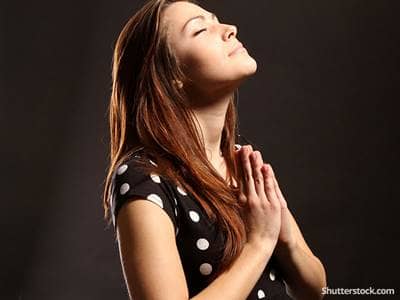 Monday night I sat down to watch “The Bachelor: Women Tell All” and watched intensely as the ladies looked back on their time vying for the affection of Bachelor Ben. There were great moments and even moments when I choked up a little, but watching the reunion show really got me thinking about how I would react to being put in a similar circumstance. Then I realized, I would probably never survive week one. I’d probably be the first woman sent home due to something like, “You’re just not affectionate enough” or “You need to open up more”. Code for, “You won’t swap spit with me.” Over the last few years I’ve occupied my weekday nights watching various dating shows (The Bachelorette, The Bachelor, Millionaire Matchmaker, Married at First Sight and the list goes on), hoping to gain some existential dating motivation and insight to aid me in running into Mr. Right. But the trouble with my search for encouragement from shows like, “The Bachelor” is, I’m a Christian.

Although many of the contestants may be also, quite frankly I just don’t fit into the show’s brand of dating. You know the sex before marriage thing? Yeah, that little not so pesky deal breaker. It’s definitely been no secret that more than a little canoodling on a boat has occurred during the “War of the Roses” contest. Needless to say, it’s been hard for me to relate to the dating scene featured on those shows but they’ve been entertaining to say the least. I still enjoy them and always have my own personal picks from TV land. But, there is a need for a Christian version of these shows. With 70.6 percent of Americans identifying as Christians (According to a 2014 study by the Pew Research Center), something tells me that a Christian Bachelorette might be just the thing missing in the reality TV dating show landscape.

Where's the Christian version of the Bachelorette? Church girls need love too. A sweet, chic, and attractive Christian bachelorette is what's missing from the TV dating game. Attractive and Christian, is that an oxymoron? Well not exactly. Christians are attractive too. And just to make things fun and interesting, I'm campaigning to be Christian Bachelorette - season 1.

As a never been married and childless 33-year-old Christian woman, I’m pretty sure many can relate to my story of being (what seems to be) perpetually single and simply tired of running in the dating game rat race. I’m interested in running into Mr. Right (for me) and riding off into the sunset of happily ever after fairy tales, just as much as Kaitlyn Bristowe. But in the dating landscape of scantily clad ladies, from Instagram to your local coffee shop willing to do whatever, whenever…...what chance do I have? I’m no prude, (and I'm definitely not judging) but I’m certainly not posing in g-strings and pasties for men’s magazines or reduplicating Agent Provocateur's latest line on any given day. I'm not claiming to be a perfect angel, but it's just not my thing.

I’m a gal who likes the jocks (think NFLer DeMarcus Ware), geeks, chics and elites but, they have to be the Christian version of said specimen. And let’s face it, I’m not running into quality Christian guys on my run to the store or the gas station. The last guy that approached me while grocery shopping, followed me to my car and asked me for my number so he could google it to get my information. When I declined he replied, “But I can still google your license plate!” Creepy, huh? But true story. So needless to say I’m not running into mentally stable folks either, but I do live in L.A. and I guess that kind of comes with the So. Cali territory. The club scene isn’t the place for me either, as “extra curricular” activities are definitely on the meat market menu and that’s just not my scene. So what about dating websites, you ask. Well either I’m not doing a very good job of letting folks know I’m not up for the shenanigans or they just don’t care. Online dating definitely isn’t an option for me - even the Christian ones. I feel like my profile reads, “Sociopaths and players! Welcome! Pick this chick.” It seems to be a losing battle, but a very entertaining one.

So, why not put myself out there as THE Christian Bachelorette? I’m not talking about a show filled with singing hymnals (goodness I detest hymnals, I’m a contemporary gal) and memorizing bible verses but rather, a Bachelorette style show with a Christian twist. So instead of handing out roses, I can hand out purity rings. I kid, I kid. No one’s watching that. However, there wouldn’t be any hanky panky going on, you know with the metal chastity belt I wear and all. But all the other oddities that make up this crazy game we call dating would exist. And besides getting ME hooked up (because let’s face it, that’s what this is really about), the point is to give those who can relate to the experience and culture of Christian dating an opportunity to see themselves in TV land. And of course to drive the obvious point home that Christian folks have just as hard a time making our way through the BS brush as others do. While some may think there are plenty of Cherubims in Christian dating land, we also have a healthy population of jerks and 'jerkettes' out in the land of dating ‘milk and honey’. Just ask any church counseling ministry.

A Christian Bachelorette would be a great addition to American television and yet another topic for us all to unite together on. Or more befitting to unite together, so we can argue about it. Religion AND dating? Oh boy! This is going to be a good time.

Casimir ‘Cas’ Spencer is a Los Angeles based entertainment personality and publicist. Spencer has been featured as a guest social media talker on CBS daytime talk show, “The Talk” and a guest dating and relationship blogger. Instagram: MsCazimir or on Twitter: MzCas.