This may be new news to you but information recently leaked about the popular dating app Tinder and the rating system that is applied towards users. 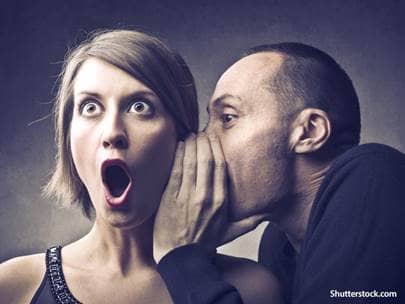 Would your feelings be hurt if you knew that a dating site, which you voluntarily signed up for, rated you? No, these people do not “really” know you and yes, these individuals are gauging your compatibility based on an image and a few self written descriptive sentences.

This may be new news to you but information recently leaked about the popular dating app Tinder. Austin Carr of fastcompany.com reported that Tinder granted him access to his own Tinder account and to his surprise he discovered that the company scores its users. Inside the company, a user’s score is referred to as an “Elo score”. Ultimately the rating system is in place to help better match users and provide more possible compatibility. However, to the average user it’s hard to not believe the rating system is not distinguished upon an individual’s attractiveness.

Tinder CEO Sean Rad has confirmed that Tinder uses a score however it is based on desirability and is not scored by an individual’s appearance. He told fastcompany.com, “It’s not just how many people swipe right on you. It’s very complicated. It took us two and a half months just to build the algorithm because a lot of factors go into it.”

Tinder engineers use the swiping information to study what profiles are considered most alluring. In Carr’s article Tinder data engineer Tor Solli-Nowlan said, “People are really polarized on even just a photographic level: Some people really favor facial hair, while some do not. Same thing with tattoos, photos with pets or children, excessive outdoors shots, or photos of you with a tiger.” Therefore, someone who is photographed doing an adventurous act may turn more heads because they’re instantly deemed as interesting.

Initially a Tinder user may get upset or hot headed over the idea of a rating system however, everything these days is based on a scoring evaluation. And while it may hurt a person’s ego, if scoring helps better match soul mates together then the entire process is not entirely just a superficial denomination.

It’s important for Tinder users to not become overly sensitive to the idea of being picked apart and rated by a number. In reality, signing up for a dating app is giving strangers the freedom to judge and caste an opinion. Users must know that they’re going to be judged whether it be superficially or not. However, in the end if you’re leaving your love life up to a swiping system you have to be willing to lower your expectations all around. In the dating realm what’s meant to be will be – end of story.