What Happens To Men Who Stay Abstinent Until Marriage?

While men make this commitment with the good intentions for a fulfilling marriage and sex life, research indicates that the beliefs about sexuality and gender that come hand in hand with these pledges of abstinence do not necessarily make for an easy transition to a married sexual life. 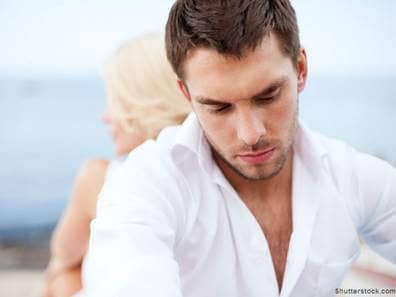 It was a vow that came as a surprise to many. After all, sexual purity is a commitment that is historically expected of, associated with – even demanded of – women. However, sexual abstinence is not something assumed of men, especially men like Russell Wilson.

So how does a man like Russell Wilson navigate a commitment to abstinence while upholding ideals of masculinity? Wilson’s status as an athlete and heartthrob is likely giving him what sociologist CJ Pascoe calls “jock insurance.” In other words, due to his celebrity status, he can make traditionally nonmasculine choices without having his masculinity questioned.

I’ve been researching men who pledge sexual abstinence since 2008, work that comes out of a larger scholarly interest in masculinities, religion and sex education.

While men make this commitment with the good intentions for a fulfilling marriage and sex life, my research indicates that the beliefs about sexuality and gender that come hand in hand with these pledges of abstinence do not necessarily make for an easy transition to a married sexual life.

Who’s pledging “purity?”
Comedian Joy Behar recently joked that abstinence is what you do after you’ve been married for a long time. Here, Behar makes two assumptions. One is that sexual activity declines both with age and the time spent in a relationship. This is true.

The second is that abstinence is not something you do before marriage. For the most part, this is true as well: by age 21, 85% of men and 81% of women in the United States have engaged in sexual intercourse.

If we compare these numbers to the average age of first marriage in the United States – 27 for women, and 29 for men – we get the picture: most people are having sex before marriage.

Still, some in the United States are making “virginity pledges,” and commit to abstinence until marriage. Most of the data that exist on this practice show that those who make the pledges will do so in high school, often by either signing a pledge card or donning a purity ring.

Research on this population tells us a few things: that those who pledge are more likely to be young women, and that – regardless of gender – an abstinence pledge delays the onset of sexual activity by only 18 months. Furthermore, taking a virginity pledge will often encourage other types of sexual behavior.

Virgins in Guyland
But little is known about men who pledge and navigate this commitment to abstinence.

I was curious about how men maintain pledges in light of these statistics, and also balance them with expectations about masculinity. So in 2008, I began researching a support group of 15 men at an Evangelical church in the Southwest. All members were white, in their early to mid-20’s, single or casually dating – and supporting each other in their decisions to remain abstinent until marriage.

The group, called The River, met once a week, where, sitting on couches, eating pizza or talking about video games, they’d eventually gravitate toward the topic that brought them all together in the first place: sex.

On the surface, it would seem impossible for these men to participate in what sociologist Michael Kimmel calls “Guyland” – a developmental and social stage driven by a “guy code” that demands, among other things, sexual conquest and detached intimacy.

Rather, the men of The River approach sex as something sacred, a gift from God meant to be enjoyed in the confines of the marriage bed. At the same time, these men struggle with what they describe as the “beastly elements” – or temptations – of sexuality. And it is precisely because of these so-called beastly elements that these men find each other in the same space every week.

It raises an interesting dilemma: to these men, sex is both sacred and beastly. Yet the way they navigate this seeming contradiction actually allows them to exert their masculinity in line with the demands of Guyland.

While these behaviors may seem unusual, they work in ways that allow men to actually assert their masculinity. Through what sociologist Amy Wilkins calls “collective performances of temptation,” these men are able to discuss just how difficult it is to refrain from the beastly urges; in this way, they reinforce the norm that they are highly sexual men, even in the absence of sexual activity.

The River, as a support group, works largely in the same way. These men are able to confirm their sexual desires in a homosocial space – similar to Kimmel’s research in Guyland – from which Kimmel notes that the “actual experience of sex pales in comparison to the experience of talking about sex.”

A ‘sacred gift’ – with mixed returns
The men of The River believed that the time and work required to maintain these pledges would pay off in the form of a happy and healthy marriage.

Ciara, in discussing her commitment to abstinence with Russell Wilson, similarly added that she believes such a promise is important for creating a foundation of love and friendship. She stated that, “if we have that [base] that strong, we can conquer anything with our love.”

So what happened once after the men of The River got married? In 2011, I followed up with them.

All but one had gotten married. But while the transition to married life brought promises of enjoying their “sacred gift from God,” this gift was fraught.

Respondents reported that they still struggled with the beastly elements of sexuality. They also had the added concern of extramarital affairs. Furthermore – and perhaps most importantly – men no longer had the support to work through these temptations.

There were two reasons behind this development.

First, respondents had been told, since they were young, that women were nonsexual. At the same time, these men had also been taught that their wives would be available for their pleasure.

It’s a double standard that’s in line with longstanding cultural ideals of the relationship between femininity and purity. But it’s a contradiction that leaves men unwilling to open up to the very women they’re having sex with.

These married men and women were not talking to each other about sex. Rather than freely discussing sex or temptation with their wives (as they had done with their accountability partners), the men simply tried to suppress temptation by imagining the devastation any sexual deviations might cause their wives.

Second, these men could no longer reach out to their support networks due to their own ideals of masculinity. They had been promised a sacred gift: a sexually active, happy marriage. Yet many weren’t fully satisfied, as evidenced by the continued tension between the sacred and beastly. However, to open up about these continued struggles would be to admit failure as masculine, Christian man.

In the end, the research indicates that a pledge of sexual abstinence works to uphold an ideal of masculinity that disadvantages both men and women.

After 25 years of being told that sex is something dangerous that needs to be controlled, the transition to married (and sexual) life is difficult, at best, while leaving men without the support they need. Women, meanwhile, are often left out of the conversation entirely.

So when we urge abstinence in place of healthy conversations about sex and sexuality, we may be undermining the relationships that are the driving goal of these commitments in the first place.

By Sarah Diefendorf, University of Washington Doctoral Candidate. This article was originally published on The Conversation. Read the original article.