Dating Rules that Need to be Broken

Dating has really changed over the years, but the some rules have remained the same. In this Tinder age, there are rules that need to be edited or broken. 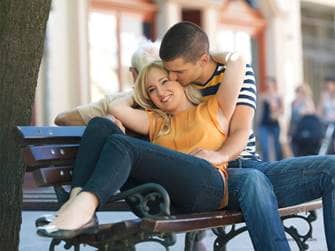 Dating has really changed over the years, but the some rules have remained the same. Old-School rules like calling instead of texting, asking a person out had to be from the male, he had to pay, and serious chat was left when the person was on the hook. We are not living in the 1980s and this in not Victorian Age where you need to be courted before you went on a date.

Yes, remember you were told to make sure he calls first? Or you need to be so proper that you feel like a robot? Another one was girls doesn’t chase men.

Well, sugar, not today and if you want to date and avoid stuffing your face over a television binge cycle through the weekend. Get out of your sweats and raggedy T-shirt and wake up to the 21st of technology, boldness, taking risks, and know that chemistry isn’t everything.

All things don’t need to align for there to be a connection. If they are not you’re type we usually pass it up. They don’t look like X, Y, or Z. Yes, there needs to be connection and attractiveness to them. You want someone that will be with you during the bad times and the good. So think outside the box and just because they work in a particular field or they’re not glamorous to write them off. Don’t get us wrong, they need to have their stuff together.

Never dating someone that is younger than you is a dumb rule. It depends on the person in reality.

Elite Daily’s Rebecca Strong offered that we should embrace it as long as we don’t have to become a mommy figure, or if you’re fine with waiting for them to start a family.

“Maybe it's time to embrace your inner cougar, don't disregard a guy just because you have a few years, and pop culture references — on him. Younger men have energy and optimism on their side not to mention, stamina.”

Wait for them to text you. You will keep waiting, so there is no harm in calling them to set a time to meet. If they respond and want to get together they will. The rule is to wait at least three days or more to contact them after you get a number. We don’t want to feel vulnerable, but this is important in a relationship, so if they reject it, we need to make sure we move on without condemning ourselves. What will save a lot of problems is ignoring the signs that they are not the one.

Be honest about what you want. We tend to hide our real selves and then are surprised when it doesn’t work out. Look to know what they want before you think there will be change. If they don’t want a serious relationship then tell them you do, and go from there. Don’t waste time on someone who is in a different season.

You should talk about serious subjects like politics, religion, or current affairs. A rule that was said to never to be broken as it will scare them off! Well, if they do--that is good.  This gives you a broader view of what is going on and their views.

This doesn’t need to be a debate, but an intellectual conversation.

What about religion? If this is a big part of your life bring it up. If this scares them to the point they can’t be open-minded, then you have your answer. eHarmony’s Ravid Yosef wrote on the rules that need to be broken even on the first date.

“If religion is a big part of your life and you are passionate about it and want your partner to share that with you, you should talk about religion. You shouldn’t preach about it, or judge someone else’s religious beliefs, but you should mention the role that religion plays in your life.”

The man needs to pay. Nope, he doesn’t. This is a nice gesture but is so old and most men feel after the first date is rude. Make an attempt to buy the drinks or for the movie. Emily Post’s Etiquette recommends that the person asking should pay for the meal on the first date. Keep the dates from being too expensive if you’re not sure this is something you want to continue. If you’re not sure, offer to split the bill.