It's possible for Christians and non-Christians to date successfully. However, it's going to take communication and effort. 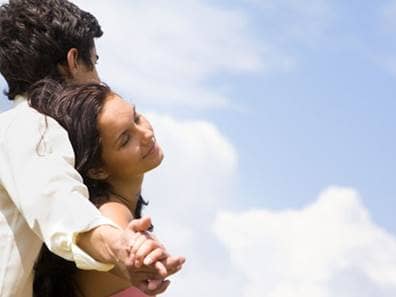 “Can Christians and non-Christians date? If so is the outcome always one of being non-yoked?”

Yes, it’s possible for a Christian and a non-Christian to date successfully.  However, it’s going to take communication and effort…just like any other relationship.

For instance, if two people get together in the hopes of falling love and getting married, that’s no problem; if two people are just dating, or even just sleeping together, still no problem.  But, if one of you wants to get married and the other is just in it for the sex, you are in for problems.  Or, as a friend of mine once said: “Be careful you aren’t having sex with someone who’s making love!”

The same thing is true when it comes to spirituality.  If one of you is a former nun who attends sunrise Mass every day, and the other is a raging Atheist, you’re in for trouble.  But if one of you is a believer who goes to church once or twice a week, and the other was raised Christian but has drifted out of touch over the years, then things will be a bit easier.

Like anything, it isn’t necessary to be twins, but you *do* need to have a mutual respect and understanding.  For instance, one of you can’t start forcing the other to go to church, nor can you stop the other from going.  Are you going to celebrate holidays?  If so, which ones?  If you have kids, will they be raised as Christians, or not?  A common mistake is to believe you’ll let the kids grow up and decide, but that’s actually not possible since they’ll have religious questions LONG before that.  Not to mention how confusing it will be when Grandma has crucifixes on the walls, and Grandpa has Menorahs or Qurans in the living room.

The better question to ask yourself is what are your non-negotiables? What traits or beliefs does your significant other absolutely have to have, or not have in order for you to be happy? Is sharing common beliefs important to you? It certainly is for me.  Do you need to have the same political beliefs?   Some people believe in that as much or more than their religions.  Do you believe that children should be able to express themselves freely, or do you believe they need strict rules and harsh discipline?

For more from B. Dave Walters, visit his blog at A Reason to Smile.