10 Things Your Boyfriend Should NEVER Do

There are simply some things that no boyfriend, husband, significant other, or human being should ever do to another human being. 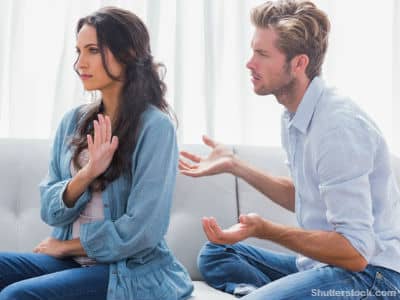 It’s exhausting, really. It’s exhausting to hear stories day in and day out of mistreatment, of disrespect, of downright inexcusable behavior by men while I dedicate much of my time writing about how there really are so many good guys out there.

Before I get the backlash, yes, I understand women are far from perfect too. But that’s not what this article is about.

This article is about being tired of ‘men,’ as they call themselves, doing a disservice to the rest of the human race by essentially being void of any respectable qualities whatsoever.

There are simply some things that no boyfriend, husband, significant other, or human being should ever do to another human being. I want to outline 10 of them that should send you speeding off in the opposite direction.

He should never pick apart your looks.

“Oh, if only your hair was a little longer.” “If only you lost those couple of extra pounds.” “If you would only wear more makeup…” A good man will never take jabs at your appearance in a way that is demeaning to you or makes you feel badly about yourself. If he is doing this, he is purposely attempting to lower your self worth so you will not feel confident enough to leave him. It is his way of trying to control you and it is emotional abuse. Walk. Away. Now.

In a healthy relationship, there is no need to hide anything. Texts, emails, Facebook messages – whatever. But that doesn’t mean your partner has the right to snoop through them if you happen to leave your phone around or your computer open. Someone who does this is showing you a massive insecurity on their part and is likely projecting their own infidelities and issues onto you. This should not be ignored.

He should never discourage you.

A sign of a person’s confidence in themselves is how they help to support the ambition of others. A good man will always be willing to help and support those around him, and will never be discouraging or insulting.

He should recognize your value, he will not make you feel the need to prove it to him.

The minute you feel that you have to prove your worth to the person you’re with is the minute you’ll know to walk away. A man or woman should be with you because they value and appreciate who you are, not what you do or how well you sell yourself to them.

He should never make you feel like an afterthought.

While a relationship shouldn’t be someone’s entire life, it is certainly a large part of it. I’ve heard too many stories about women who constantly get cast aside for “guy’s night” or something.

A man should have have a network and individuality, sure. But there is a difference between leading an active social life, and knocking the woman in your life further and further down your priority list.

If you feel like you’re waiting for him to come home more than you’re actually with him, it’s time to step back and take another look at where your relationship is going.

He should never make you feel like you are alone in the relationship.

Relationships are a partnership. A team. A two-way street. They’re supposed to enhance your life, not complicate it. If you are with a man who is complacent in life and love, puts no effort into you or the relationship, then it’s time to re-evaluate.

Keep in mind, it’s natural for people to get depressed and unmotivated at times. If this is someone you’ve been with for a long time, I’m certainly not saying kick him to the curb at the first sign of a slump. We all go through them – but what I’m referring to here is someone who is just apathetic and makes you feel like he doesn’t care.

You deserve someone who will wake up every morning and pledge to do and be the best they can for you.

He should never cheat on you.

There are plenty of arguments in the world that monogamy is not “natural” and that humans are not biologically wired to spend an entire lifetime with one single person. Regardless of the scientific validity of this statement, one thing remains true: Monogamy is a personal choice made by two people in a relationship. There is literally nothing physical binding two people together – just a decision.

A good man will never cheat in a relationship because cheating means going back on his word or breaking a promise he has made to someone he loves.

He should never disrespect you.

Easy. Simple. Basic. But, often overlooked. A good man will show respect to everyone around him. He will not be condescending or put anyone down, regardless of intelligence level or professional position. As the saying goes, ‘a man of quality is not afraid of equality.’

He should never avoid important conversations.

Whether it be between family members or in a relationship, a good man understands that no problem can be resolved until it is faced. The only thing that avoidance of difficulties will accomplish, is delaying the inevitable and potentially making things worse.

There is a difference between choosing your battles and avoiding conflict altogether – the important thing is to know when to hold’em and when to fold’em.

He should NEVER abuse you.

Regardless, they all have one thing in common: The desire to break another down. A good man recognizes that his confidence and worth comes from within himself, and never from attempting to place others below him.

At any sign of any type of abuse, walk (run) away immediately. It will not get better, and you deserve more.

We need to stop making excuses for those who mistreat us and start lowering our tolerance for this nonsense. Any self-respecting decent human being will treat you with the love and compassion that you deserve.

If they don’t, then what’s the point of staying with them?

James Michael Sama is an author, speaker and award winning Boston based blogger on the topics of dating and relationships. To learn more, visit JamesMSama.com .