Are You Chasing Him And Don't Even Know It?

If you think you're just being "friendly" by sending him a flirty text or baking him a birthday cake, you could be getting in the way of the kind of courtship you desire. 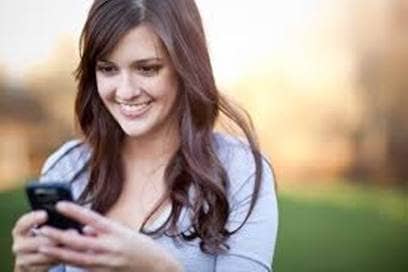 When we find ourselves falling for a man, it’s normal to start feeling that if we don’t show enough interest in him he might get the wrong message and drift away. We want to make sure he knows we like him. So we might do things like:

1. Calling him because you heard or read about something interesting, or because you knew there was a great band playing somewhere, or someone told you about some great event that you want to invite him to.

2. Calling to ask why he hasn’t called you.

3. E-mailing him, texting him, Facebooking him, sending him a cute card, dropping by his house, or in any way attempting to initiate some kind of contact.

5. Inviting him to come and join you, or in any way acting like the social director of the relationship.

At first glance, these actions might seem completely harmless. In fact, you may feel that he'll just see you as being friendly and want to get closer to you. But doing any of these things shifts you into masculine energy and makes you the pursuer in the relationship. When a man feels even a little bit pursued, he'll feel he doesn't have to work so hard to win you over and will immediately drop his efforts.

It's important to understand that the urge to chase him in this manner comes from fear: feeling like we're going to lose him by not letting him know we're interested in him. But nothing could be further from the truth. In fact, whenever you initiate courtship you are sending the message that you might be insecure about losing him, and this will make you appear less attractive to him. He feels smothered and feels an aggressive vibe from you that does nothing to inspire him to want to get closer.

It Pays To Be Patient

I know how frustrating it is to sit back and let a man take the lead. We want a man to know we're interested in him. We want to make it easy for him to ask us out again. We want to seem enthusiastic and easygoing. And often times this means we inadvertently chase him in the ways described above.

It’s true that men need validation as much as we do. But there’s a difference between letting a man know you like him and actually chasing him. When you chase a man, you don’t give him the chance to show you how he really feels about you. And the only way to really be sure of where his heart is at is by creating the space he needs to chase you.

Lure Him, Don't Chase Him

For a man to feel like he wants to get closer to you, he needs to feel good around you. And the way he feels good around you is when he pleases you. As long as you seem happy to see him and tell him how much you enjoy his company, a man will keep coming back for more. Stay in your feminine energy by being receptive and open to his attention. When he sees that you are a woman who is secure in herself and doesn't need to pursue him, he will be encouraged to step up his game so another man doesn't beat him to the chase.

Once you are in a committed relationship with one man, letting him take the lead and continuing to be receptive to him will fuel his passion for you. He will adore you and appreciate you, and you will be able to relax in the knowledge that you are a desirable creature he'd be a fool to take for granted.

Rori Raye is the author of the best-selling eBook Have The Relationship You Want and free newsletter. There are specific, effective ways to communicate to a man your interest without chasing him. To learn how to do this so that a man will feel inspired to pursue you, subscribe to Rori’s free e-newsletter. You’ll discover a completely different way of expressing yourself that will get you a man’s full attention and interest.