Breaking bad news to children is never easy and is sad for adults who feel they have to split their families. 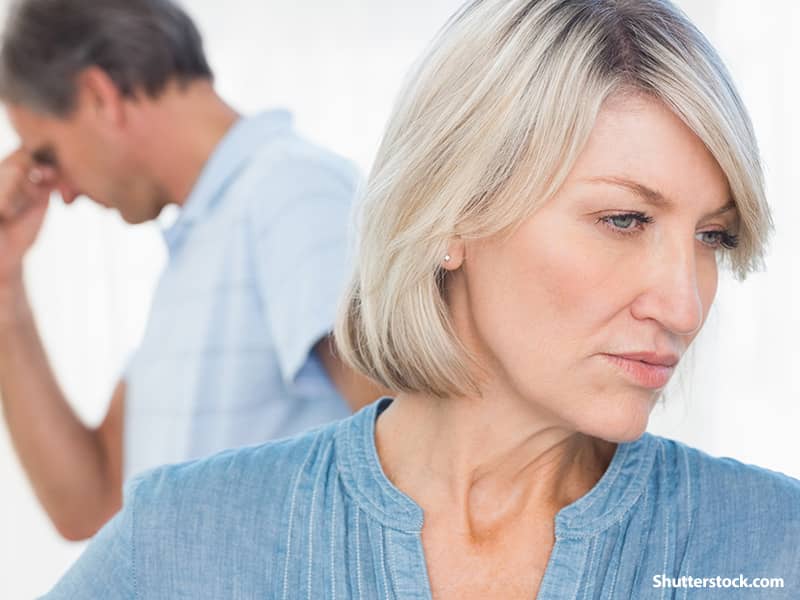 Lindsay wasn’t sure how she would handle telling her two little girls that mommy and daddy were separating. It was a message she never wanted to give, having heard it from the lips of her own mom years ago.

Lindsay and her husband, Mike, had been in counseling for months, but Mike recently told her he was done with the marriage and wanted out. He was no longer willing to work on their problems and was pursuing divorce. He refused to change his mind and wanted to tell their girls about the separation.

Still reeling from Mike’s pronouncement, Lindsay had to deal with her own feelings of loss and now tell the girls. She knew it was important to separate her feelings from the needs of her children. So, both Lindsay and Mike agreed-despite their differences and the tension between them, they would tell the girls together.

While there is always hope for even the most difficult marriages to be reconciled, when one or two people decide to separate, the children have to be told and work through the separation along with their parents. Since children need the influence of both a mother and father in their lives, the sad news should be given jointly. Lindsay and Mike were doing the right thing by telling the girls together.

What Would They Say? 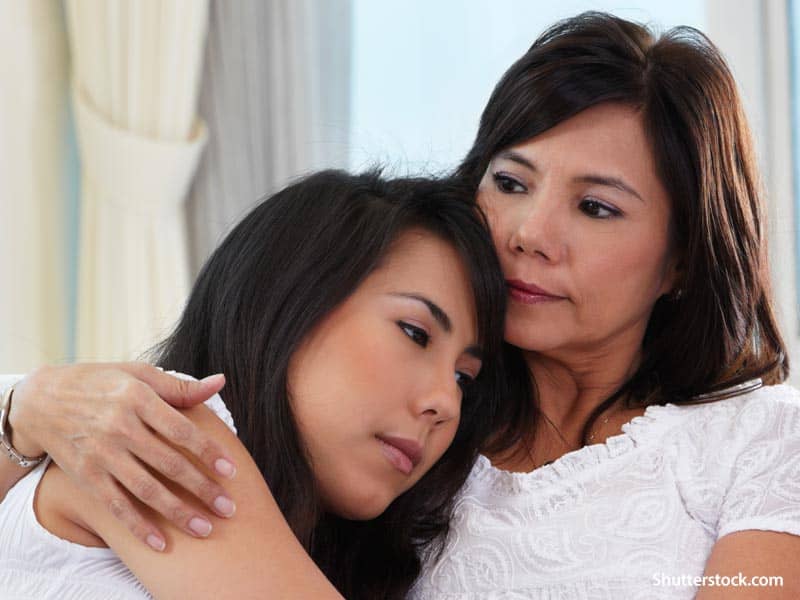 What Would They Say?

Lindsay knew the girls would be upset. Despite their differences, the girls love their daddy and would not be happy about his absence. Lindsay still recalls the pain of her own childhood when dad wasn’t there to tuck her in at night or greet her with his smile in the morning. From the child’s perspective, the loss feels out of control.

For Lindsay and Mike, a few guidelines are important to keep in mind no matter the age of their children. Certainly how you present the information depends on the age of the children, but there are general guidelines to consider. In terms of the timing of telling them, you will need to give them enough time to plan for the changes, but not too much to agonize over what is coming. Pick a time that is unhurried and private. So choose the timing wisely. And during this time, get help and try to work things out.

Talk to Your Extended Families 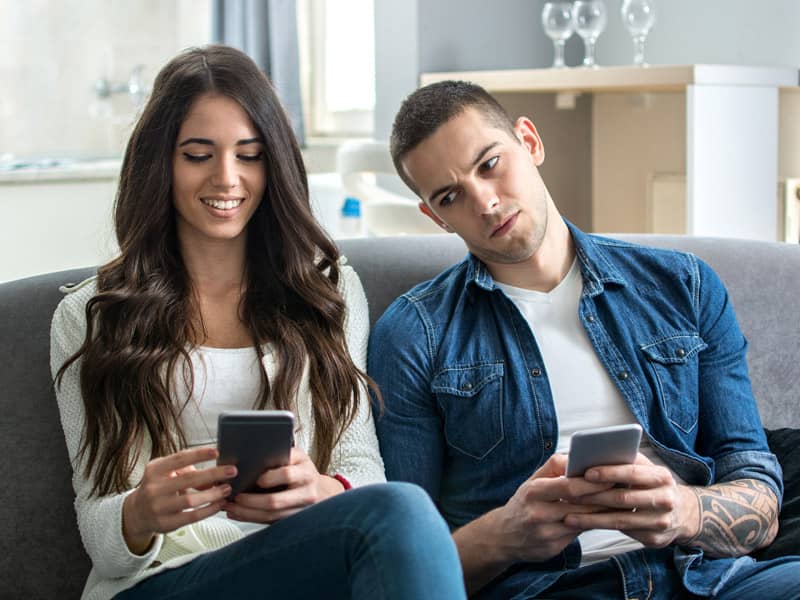 Talk to Your Extended Families

As much as you can, encourage relatives to be as neutral as possible. This is a challenge. Families love to take sides and blame the in-law. But, let them know that it hurts the children to hear disparaging remarks about one of their parents. Thus, encourage family members to focus on their relationship with the children, not on who is to blame for the separation.

Present This as a Mutual Decision 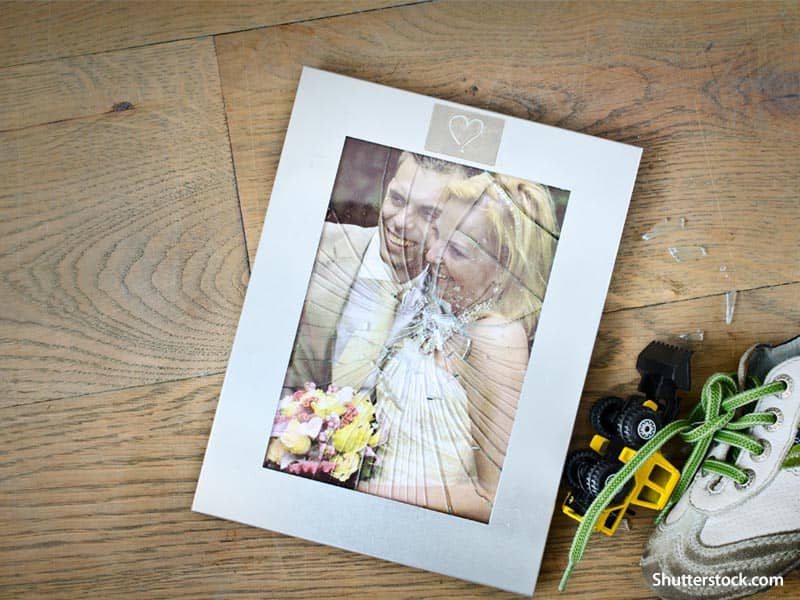 Present This as a Mutual Decision

If you are like Lindsay and not in favor of the separation, this is not the time to express your upset at the decision. Don’t talk to the children until you can present the decision in a unified way. Rehearse what you want to say ahead of time and then stick to the script. Put your anger, blame and negative emotions aside long enough to present the change in family life. 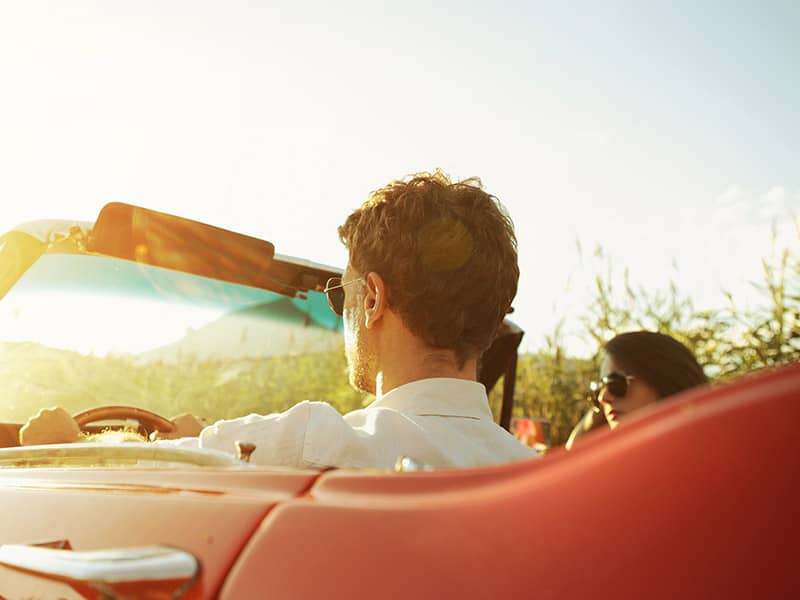 When I tell some couples this, they respond, “If we could be civil, we would not be separating.” This is a cop out. As tempting as it may be to use this opportunity to blame, resist the temptation for the sake of the children. Children do not need to be dragged in to the middle of your marital issues. They don’t need to see your constant fights and conflicts. Handle your conflicts away from them. And if you can’t be civil at this point, then you need to be in therapy working on your reactions to the spouse. Pray and ask God for self-control, a fruit of the spirit.

Give Them a Chance to Respond Give Them a Chance to Respond

Use the word “separate” because that is reality. Give them time to process what you are saying. Once you have told them, encourage them to talk and listen to their specific concerns. Don’t lead with yours! Also, focus on what will NOT change, as well as the changes. Offer to talk to their teachers as well. 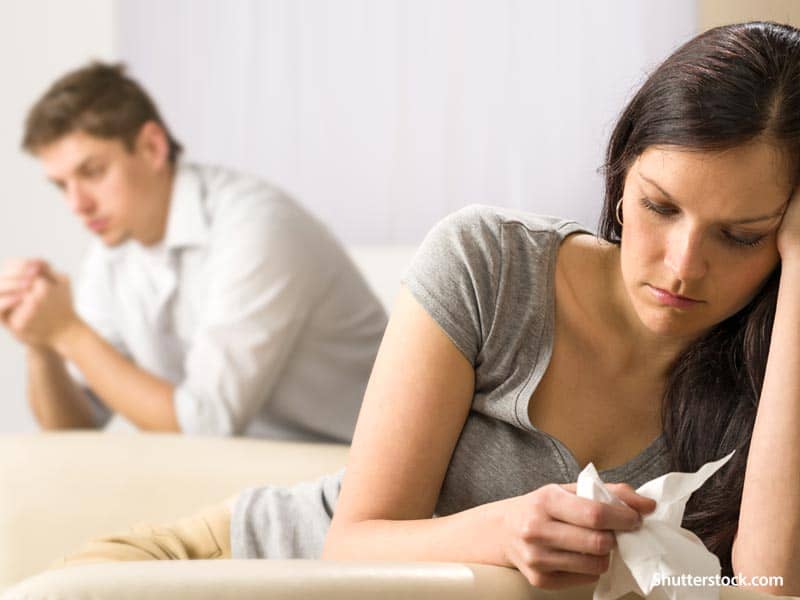 But you can answer in general terms. Don’t give too many details, but don’t lie. The amount of detail will depend on their ages. The mistake most parents make is giving children details they don’t ask for, don’t need to know or even want to know. Confession is good for the soul but find a grown up, priest or God. Don’t use your children to spill your guilt or justify your anger. Focus on facts, like this is where daddy will live, etc.

Be Prepared for a Number of Possible Reactions Be Prepared for a Number of Possible Reactions

Some children will tell you they saw this coming. Others will be very surprised. Some will be angry, others will cry. Reactions vary according to how a child processes emotions, sensitivity levels and bonds with the parent. Parents are sometimes surprised at how vocal some children can be or how quiet and unresponsive others are to the news. Little minds can’t really process the impact of your decision. Their feelings may show later and take the form of acting out.

Reinforce that This Is Not Their Fault 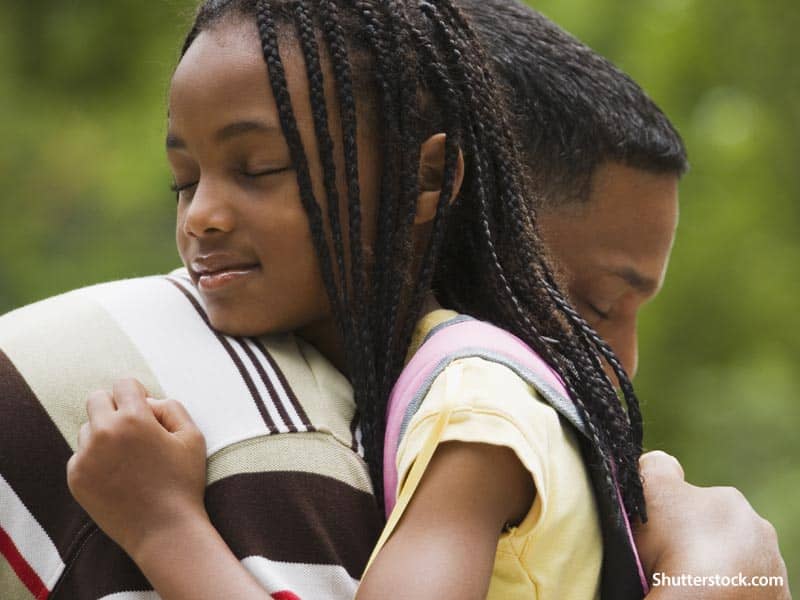 Reinforce that This Is Not Their Fault

While it is tough for kids not to take the blame, keep reminding them it is not their fault. Because this is a major disruption in their lives, they will feel responsible. Young children can understand some issues of relationships because of their relationships with friends, but they won’t understand why you can’t work it out. With friends, you tell them to work it out when they fight! So this will be confusing. They are facing loss, both of you will not be in the home and that will either frighten them, make them mad, or both. And if you fight about issues involving them (e.g., who will pick them up from a friend’s house), then it does feel like it is their fault.

Reassure Them You Will Not Stop Loving Them Reassure Them You Will Not Stop Loving Them

Tell them they will see both parents. Make sure this happens! Children are frightened by separation and divorce and worry that their parents won’t be there when they need them. They need a close relationship with both parents so don’t play one parent against the other. Be affectionate. Verbalize your love for them regularly. If you are not a verbal with your feelings of love and affection, start practicing because they will need to know and be reminded.

Don’t Make Them Divide Their Loyalties 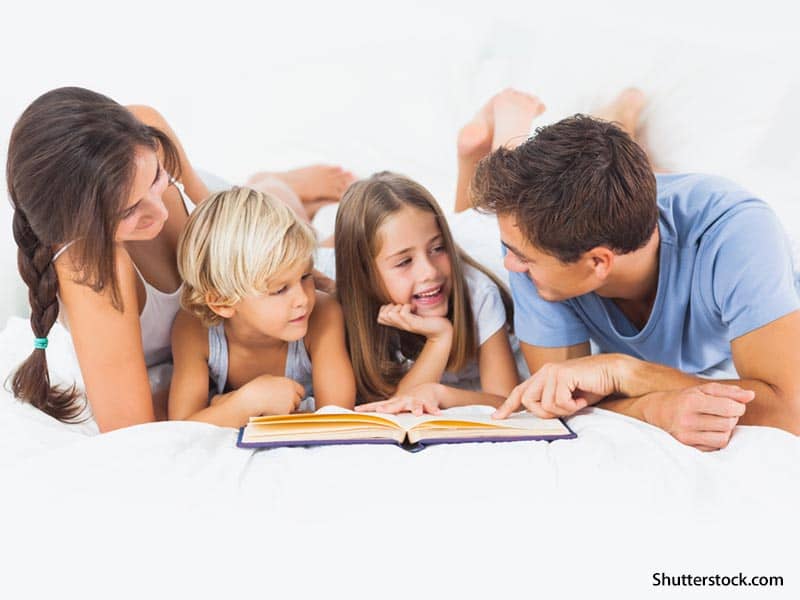 Don’t Make Them Divide Their Loyalties

When parents separate or divorce, one of the children’s biggest concerns is how do they divide their loyalties. Who are they going to please? Will mom get mad if I want to be with dad? Will dad think I like mom better? Whose will I side with when they fight? Should I go to dad’s house for Easter? If I do, will mom be alone? One of the fallouts of this type of thinking is that children feel responsible for their parent’s emotional well-being. And that is not their job. You are responsible for their well-being and your own. So, watch your words and actions. Pick up on any clues that they feel responsible for you.

Begin Family Therapy or Continue to Work in Counseling 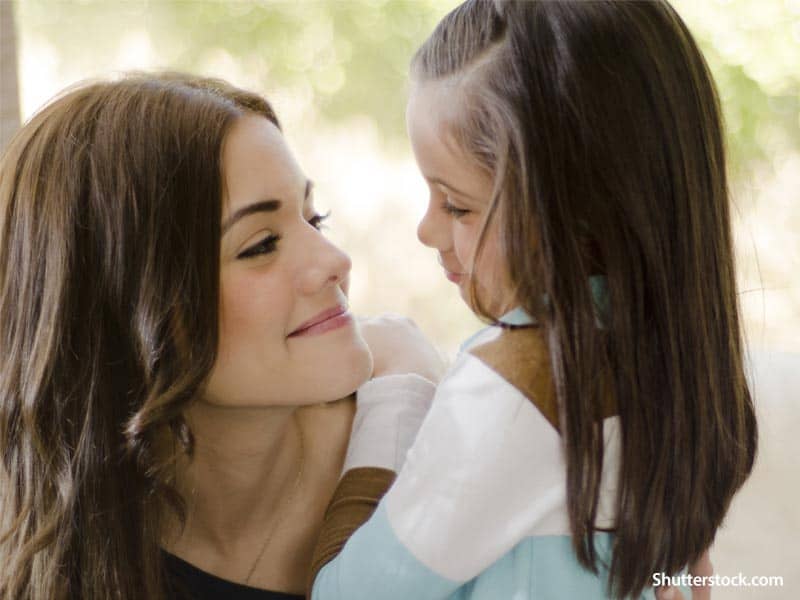 Begin Family Therapy or Continue to Work in Counseling

During this time, get help. I advise working with a licensed marriage and family therapist (LMFT) who is trained to help the entire family system. Attending to the emotional needs of your children while you are reeling from loss and disruption is a tall order. Also, if your church has a support group like Divorce Care, consider going and getting help working through the stages of loss. The family work can also assist with parenting conflicts. Some times the family work is so successful that spouses reconsider the marriage. I have seen this happen and divorce prevented. 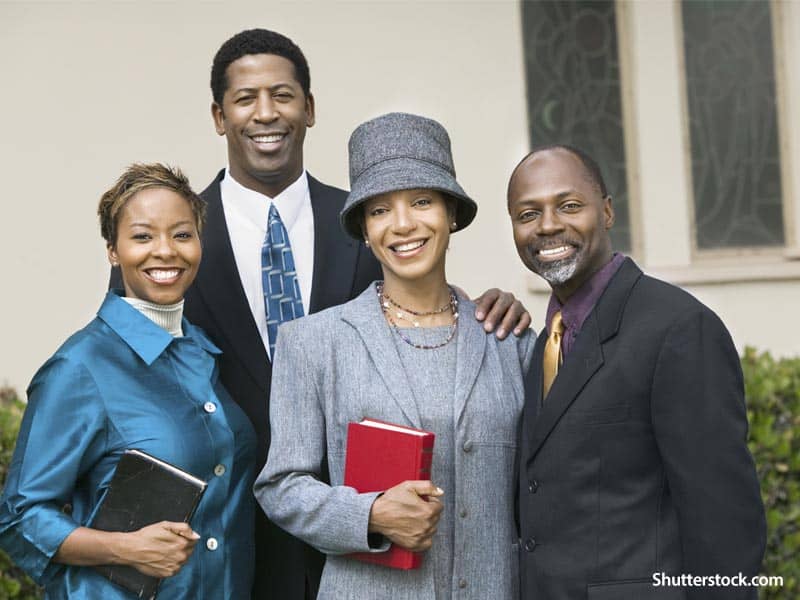 While you can’t control your partner, you can control your spiritual relationship with God. Have you drifted, are you allowing anger and unforgiveness, and/or are you doing things that are not godly or Christ like? This is the part you control. Get on your knees, repent and allow God to examine your heart. As you make peace with God, your reactions to your spouse will change. Of course, the best would be to have both of you seek spiritual restoration and guidance. Then, transformation is possible. A heart of stone can be changed. With God, nothing is impossible. 5 Reasons Why Husbands Cheat on the Perfect Wife

Psychologists offer many answers to this question, some of which may surprise you. Read next feature >
Dr. Linda Mintle is a columnist for Beliefnet. To read more, visit her column Doing Life Together .