How Adopting a Pet Might Just Save Your Life

Our furry friends can give back as much as we give them. 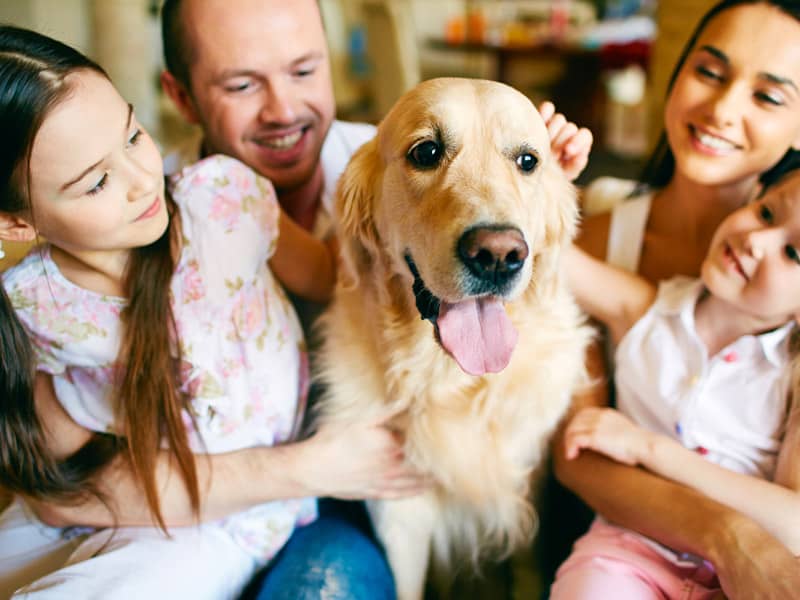 Adopting a sweet little dog or cat can certainly brighten your home and add some fun to your life, but did you know that owning a pet can stave off an early death, as well?

In fact, according to many health experts, the presence of a beloved pet can add years to your life by bringing with it a multitude of positive changes.

The 2017 film, The Stray, gives us a great example of how an animal can completely change the course of a life for the better—or in this case, several lives.  In the movie, a stray dog follows a young boy home, and quickly becomes the family’s comfort, protection, and a source of unconditional love.

As the family grows to love this sweet stray more and more, the benefits they receive from his presence grow. Rifts within the boy’s broken family are healed, and Pluto ends up being the answer to their prayers.

But you don’t need any dramatic problems to benefit from the love of a pet—a lovable animal can improve even the happiest of lives. Let’s find out how by taking a look at the many ways adopting a pet might just save your life. 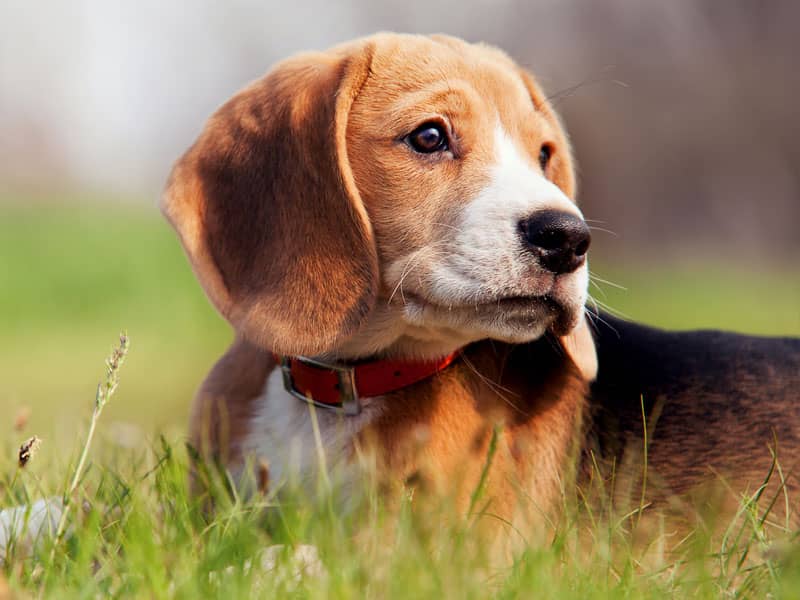 Okay, so this one isn’t so much for you, but for your kids—owning a pet can actually reduce their chances of developing life-threatening allergies.

A 2004 study found that “Exposure to furred pets might confer protection against the development of allergic sensitization through a mechanism that is incompletely understood.”

The study found a marked decrease in allergen sensitization for infants brought up in a home with a pet—the presence of an animal actually shaped the development of the child’s immune system. With deadly allergies on the rise in the U.S., having a pet around might just be what your child needs to live a safer, allergy-free life while having the pleasure of an affectionate dog or cat.

Having a pet isn’t just good for your own life, but that of your family, as well. Consider adopting a pet from your local shelter for some serious protection against common allergies. 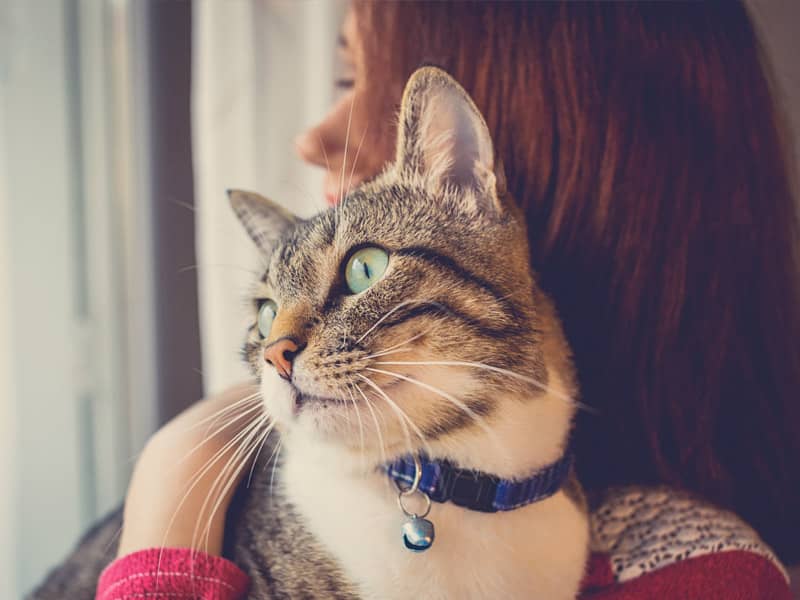 The unconditional love and admiration from a pet helps reduce its owner’s stress levels, leading to lower blood pressure.

According to the American Heart Association high blood pressure is incredibly common, affecting around 85 million Americans. But make no mistake—it’s deadly.

Blood pressure issues can lead to strokes, heart attacks, hardened arteries, and even blindness. Left untreated, it can cause an early death.

One study by the Minnesota Stroke Institute showed that owning a cat can reduce the risk of heart disease and stroke by nearly a third by lowering blood pressure. The study followed 4,435 cat owners for 20 years, documenting their rate of cardiovascular issues as compared to the general population.

The study linked the participants’ good heart health with the reduced stress that comes with pet ownership. Stress, and the inflammation it causes, is suspected to be a major cause of high blood pressure and cardiovascular disease, and so a soothing cuddle with your pet can help dial back out-of-control blood pressure. 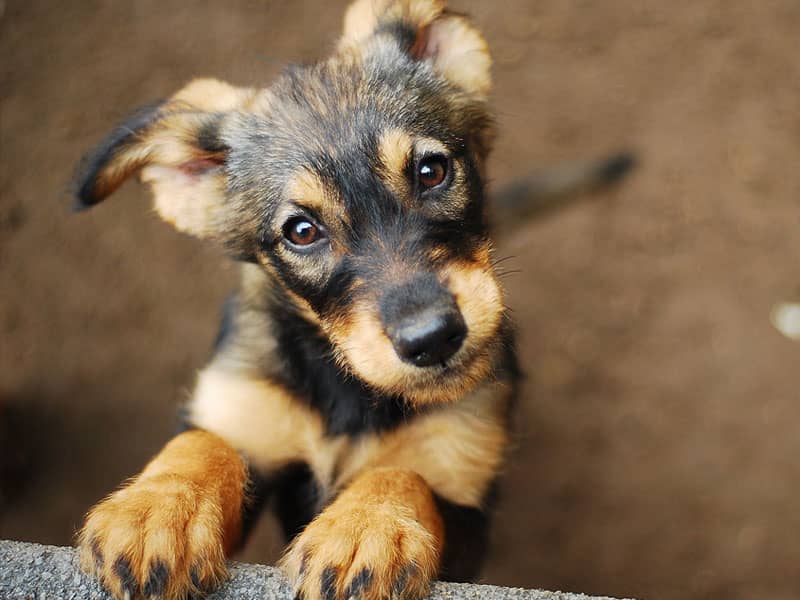 It makes sense that the presence of a pet could reduce your blood pressure through relaxation, but did you know that a furry friend can help reduce your levels of bad cholesterol, as well?

There’s plenty of evidence that those who own pets have, on average, lower cholesterol levels which aren’t explainable by diet, smoking, or body mass index. Researchers still aren’t quite sure why this happens, but there are some studies which have linked stress to heightened levels of cholesterol.

As you may know, high cholesterol can cause atherosclerosis, which is the accumulation of cholesterol and other deposits on the walls of your arteries. These deposits, as they build, can block the flow of blood, leading to chest pain, stroke, or a heart attack.

High cholesterol can also affect your body in unexpected ways, such as memory loss, reduced mental function, numbness in the legs, and painful gallstones.

Petting a furry friend can help reduce the risk for all of these ailments, so if you’ve been thinking about adopting, it may be time to go for it.

They’re an Opportunity to Socialize 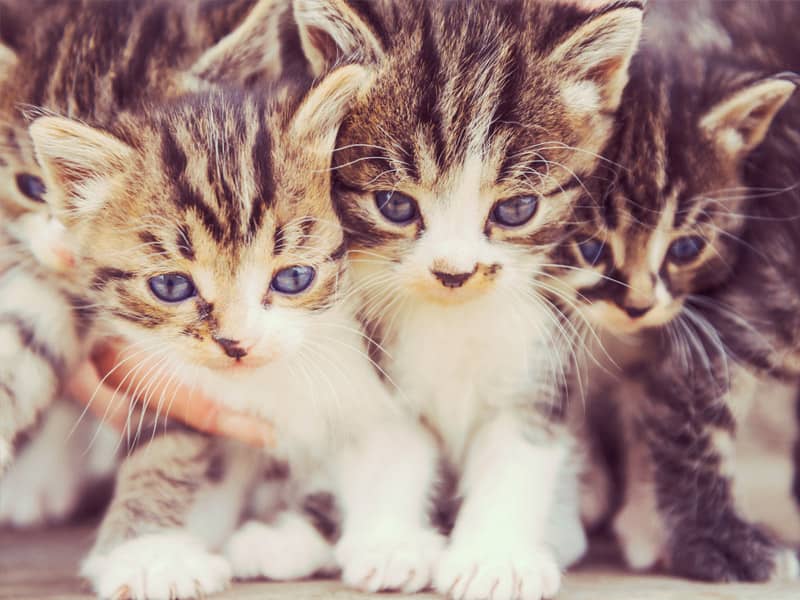 They’re an Opportunity to Socialize

Those who own a pet know this phrase well—animals are a wonderful social cue that can give you the opportunity to engage others in conversation. Whether you’re out walking your dog or receiving an acquaintance, pets can make for enjoyable, easy conversation in any setting.

As we get older, it gets a little harder to meet people. We’re busier, tired, and maybe even a little more cynical about life. Rather than stopping to chat, we simply pass others by without comment.

But one British study showed that 4 out of 5 dog owners speak with one another while out walking, sharing stories about their furry companions—their pets give them the opportunity to socialize.

This is important for your health—loneliness can, quite literally, kill you.

Those who suffer from social isolation are twice as likely to prematurely expire—a risk that is comparable to that of smoking, and that’s twice as high as that of obesity.

Loneliness impairs immune function and causes inflammation, which can lead to disorders such as arthritis, diabetes, and heart disease.

Worse, loneliness is self-perpetuating. When we’re isolated for a certain amount of time, we begin to sink into a “fight or flight” response state in which we see others as potential threats rather than as potential friends and allies. This causes some to retreat further from life-saving contact.

But getting a pet isn’t as scary as talking to another person, and having one around can not only break the cycle of loneliness, but will also encourage you to talk to others. If you’re ready and able to properly take care of a four-legged friend, adopting one can be just what you need if you’ve been feeling isolated. 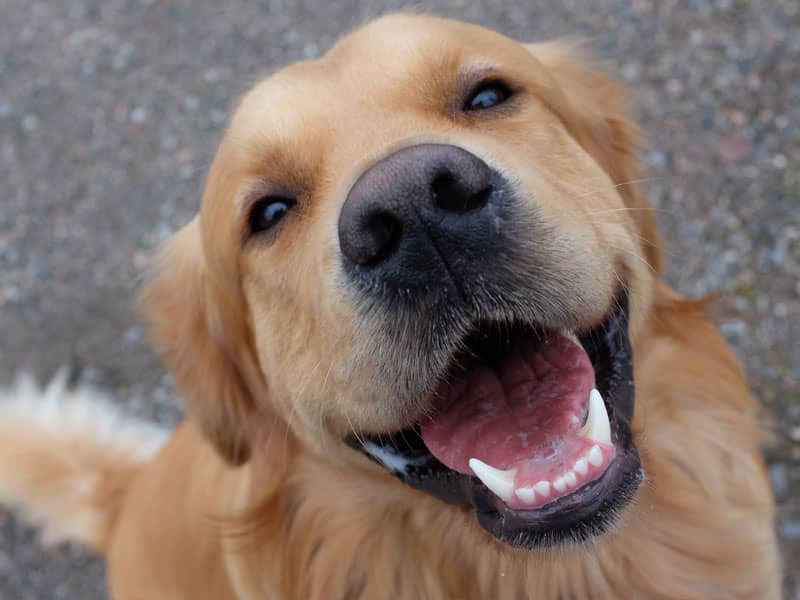 We all know the benefits of exercise. Most sources recommend about two-and-a-half hours of moderate physical activity per week, which can help you lose weight, keeps your brain in shape, and staves off a huge number of common maladies.

In short, being fit helps you feel better, look better, and perform better.

Although cats do encourage some activity through play, this is where dogs really shine—their need for exercise spurs their owners to get a healthy dose of physical activity, as well.

Young or old, dogs need daily exercise—around 1-2 hours of it—and if they don’t get it, they’ll let you know by exhibiting frustrated behavior like inappropriate chewing and barking.

What’s great, though, is that exercising with your dog doesn’t have to be boring—there’s a wide variety of things you can do!

For example, you can play fetch not only on land, but if your dog is up to it, on the water, as well. You can take your dog to the park and play Frisbee, run a mountainous trail, or play tug-of-war with a strong piece of rope.

Sometimes, we all need a little prodding in order to get moving, and a dog can do just that for you. 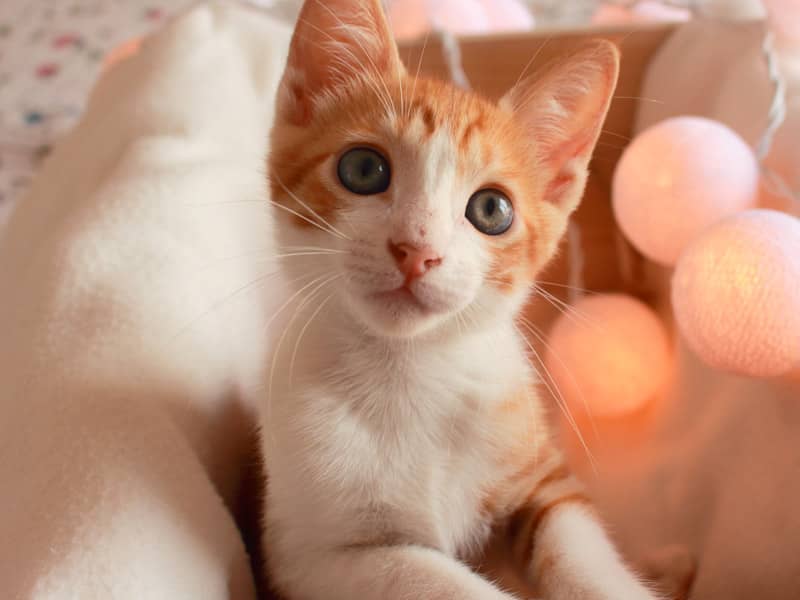 There’s something to be said for the unconditional love of a pet. Your cat or dog will never abandon you, never yell at you, judge you, or make fun of you. A good pet will love you, depend on you, and look to you for direction.

And so a loving pet can not only stave off loneliness, as we’ve said, it can also fill you with the comforting warmth of love, helping to stave off negative mental states. This includes depression—an all-too-often underestimated killer.

Many of our most negative feelings stem from feelings of rejection, but pets don’t offer biased opinions or critiques. They don’t think you’re weird or awkward. They just want to sit in your lap or lie at your feet and be near you.

This unconditional acceptance can provide a sense of stability that can help shield you from negative thinking, and the companionship that a pet can bring can encourage a sense of peace and joy.

Never underestimate the comforting power of a purr or a wagging tail. They just might save your life.

They’ll Give You a Sense of Purpose 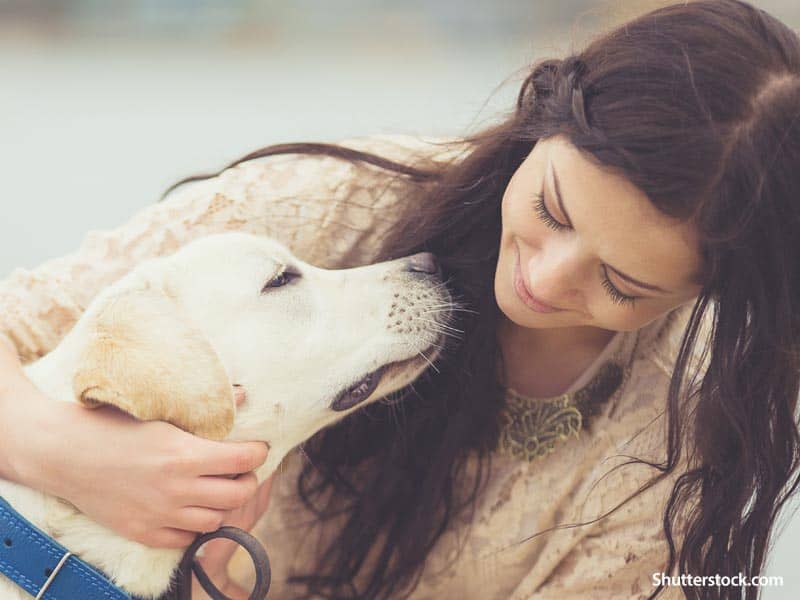 They’ll Give You a Sense of Purpose

Finally, a pet can give you the most lifesaving thing of all—a sense of purpose.

Possessing a sense that your life has meaning and purpose is strongly associated with a lower death rate—especially in older adults. We all need something that drives us to keep going each day, to make the tiny decisions that make us healthier, smarter, and more financially and emotionally stable. This driving force can stem from any number of things, but what is important is that we have it.

Caring for a pet can give you just such a purpose. For some, finding structure and meaning day after day is difficult. A pet can change that by keeping you active—your furry friend needs to be fed, groomed, exercised, and loved each day.

Knowing that a living thing needs you can be a powerful driving force, giving us just the push we need to get out of bed each day and do the things we need to do.

A Pet’s Love Can Save Your Life 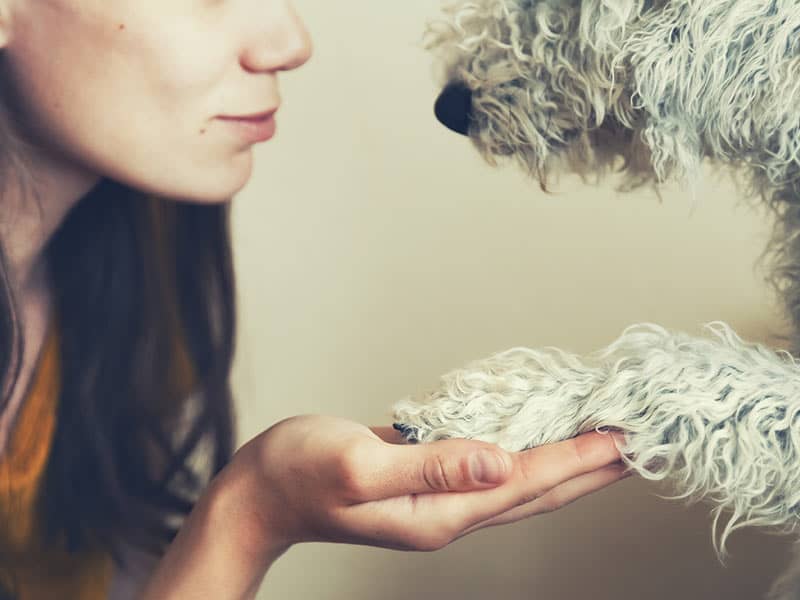 A Pet’s Love Can Save Your Life

While you shouldn’t adopt a pet just to improve your health, the love they share can do so much for you when you choose to find a companion. If you find yourself in want of something to cherish, love, and care for, a pet can give back just as much as you give to them.

So, head to your local shelter and give a home to a dog or cat in need. You never know how a pet might just change—or save—your life.

No Love Like a Dog’s Love
New research confirms what dog owners always knew. Read next feature >
Wesley Baines is a graduate student at Regent University's School of Divinity, and a freelance writer working in the fields of spirituality, self-help, and religion. He is also a former editor at Beliefnet.com. You can catch more of his work at www.wesleybaines.com.

More from beliefnet and our partners
Add some inspiration to your inbox
Sign up for Beliefnet's Love and Family newsletter.
From time to time you will also receive Special Offers from our partners
Wesley Baines