5 Dogs Who Are Heroes

Some heroes have four legs.

By Stephanie Hertzenberg stephanie hertzenberg
Shutterstock.com
Dogs are called man’s best friend. They are loving, protective and loyal. Couples everywhere count their four legged family member as their child, and many families see their canine friends as simply another member of the family. Dogs are beloved and often pampered. Many types of dogs that exist today were bred largely to be pets. Even many working breeds live lives of comfort and relaxation. Many huskies’ only job today is to be a companion, and few people even remember that Labrador retrievers were originally bred to be working dogs. Most people simply know this large breed for its wagging tail, good personality and constant doggy smile.
Some dogs still work today. Both police and military K9 units are highly trained and risk their lives right alongside their human counterparts. Seeing eye dogs lead their owners through their daily lives, and PTSD service dogs help veterans readjust to civilian life. Therapy dogs help brighten the days of mentally or physically ill humans. Regardless of whether a dog’s day job is to sniff out bombs or cuddle with the kids, there is a hero hidden in every four legged friend. Here are five canines who went above and beyond to become heroes.

On September 11, 2001, a yellow Labrador retriever named Roselle became an unlikely hero. Roselle was a seeing eye dog for Michael Hingson, a sales manager for Quantum who worked on the 78th floor of Tower 1. When American Airlines Flight 11 hit the North Tower, Roselle was under Hingson’s desk as usual. After the plane hit, the Labrador kept her head better than many humans. Amid fire, smoke and pandemonium, Roselle led Hingson to the stairwell. As the two made their way to the exit, more and more people began to follow the dog’s calm presence.
Roselle successfully guided Hingson and 30 other Tower 1 employees safely to the ground. Shortly after they reached the lobby, the South Tower collapsed. Roselle and Hingson sprinted away from the falling debris and dust cloud. Roselle, however, still did not panic. She successfully led Hingson another 40 blocks to the safety of a friend’s apartment. Hingson said of his faithful guide, “Roselle kept guiding me perfectly. She didn’t stop once.” Roselle would continue to guide Hingson for 10 more years before passing away on June 26, 2011.

Treo is a retired black Labrador from Britain who used to work as a bomb sniffing dog for the 104 Military Working Dog Support Unit. Treo originally worked with Sergeant Dave Heyhoe in Northern Ireland before the pair moved to North Luffenham. In 2008, Treo and Sgt. Heyhoe were deployed to Afghanistan with 24 other dogs who would support British troops.
Treo’s job was to find hidden arms and explosives. While he and Sgt. Heyhoe were in Helmand Province, Treo helped uncover a series of Taliban bombs. These “daisy chain” bombs were made out of multiple explosives wired together. According to Sgt. Heyhoe, Treo’s find saved the lives of hundreds of soldiers.
In 2010, Treo was officially recognized for his heroic actions in Afghanistan. The then-eight-year-old dog was awarded the Dickin Medal, the animal equivalent of the Victoria Cross. Treo’s favorite reward for his services, however, is found in the little every day things. After serving in Afghanistan, Treo retired from his Army duties and was adopted by Sgt. Heyhoe where he enjoys gnawing on butcher’s bones and sleeping safely in his owner’s bed.

Dogs don’t have to be highly trained to become heroes. Sasha, Rufus and Target were stray dogs in Afghanistan when they wandered into an army barrack. The soldiers welcomed the dogs and treated them like family. This easy welcome gave the three dogs a pack to protect, and protect they did. In February 2010, a suicide bomber snuck up to the barracks that held more than 50 American soldiers. He did not, however, count on tangling with three dogs who were determined to protect the family they had found against all odds.
When the bomber opened the door to the barracks, the three dogs attacked the bomber. Sgt. Terry Young described the heroism of the dogs. “Sasha was barking, trying to cause a commotion. Target and Rufus latched onto him. He was able to get the door open, but that was far as he got.” The dogs defended the soldiers furiously enough that the bomber feared he would be killed before he could set off his bomb, so he detonated himself in the doorway of the barracks. Five soldiers were injured, but no human was killed. Sasha, however, paid for her heroism with her life. Target and Rufus survived and would eventually be sent to live with two of the soldiers they saved that night, Sgt. Terry Young and Sgt. Chris Duke respectively.

Trakr and his owner, James Symington, were among the first search and rescue teams to arrive at Ground Zero after the terrorist attacks on September 11, 2001. The former Canadian police officer and K9 dog drove 15 hours to lend his hands and Trakr’s paws to the rescue efforts. The two worked long and hard like all the other determined rescuers. It was Trakr, however, who discovered the last survivor buried beneath the rubble of the Twin Towers. The brave canine helped dig through over 30 feet of unstable debris to drag Genelle Guzman from the rubble. She was one of only 20 people to be pulled from the remains of the Towers alive.
Trakr died in April of 2009 after suffering from degenerative myelopathy, a neurological disease possibly caused by inhaling the smoke at Ground Zero. Trakr’s days of heroism, in some ways, are not over yet. Trakr was cloned before his death, and there are now five puppies that share his DNA: Trustt, Solace, Valor, Prodigy and Déjà Vu.

Dogs do not have to be working closely with military or police forces to become heroes. Even pets can take heroic actions when the situation calls for it. Kankuntu, a British couple’s dog, proves that clearly.
Peter and Betty Lee were sailing through the Caribbean as part of a round the world adventure when they were attacked by armed pirates off the coast of Venezuela. The pirates boarded the couple’s yacht after firing several shots at Peter Lee. The pirates demanded the couple hand over their money and valuables. The terrified couple had very little cash on board which angered the pirates, but the rough treatment of the Lees angered Kankuntu even more. The two year old hunting dog launched himself at the pirates, pitting his teeth and blunt claws against five angry men with guns and knives. One of the pirates stabbed Kankuntu between the shoulder blades with a gut hook knife, but the determined dog kept fighting. One of the pirates finally got off a pistol shot that hit one of Kankuntu’s legs.
The pirates left shortly after their tussle with Kankuntu, and the Lees managed to get safely to Trinidad. Kankuntu survived his fight with the pirates and continues to live with the Lees. “He’s a very brave dog,” Peter Lee said. “He only weighs about 50 pounds, but he thinks he’s a lion.”

Dogs are known for their faithfulness and loyalty. This makes them a common animal hero, but some dogs go above and beyond even the call of canine heroism. From saving humans trapped in disasters to defending their two legged pack members, some dogs take actions that cannot be called anything but heroic. They risk their lives willingly and ask nothing in return except a smile from their owner and the simple but sincere praise of “good dog.” 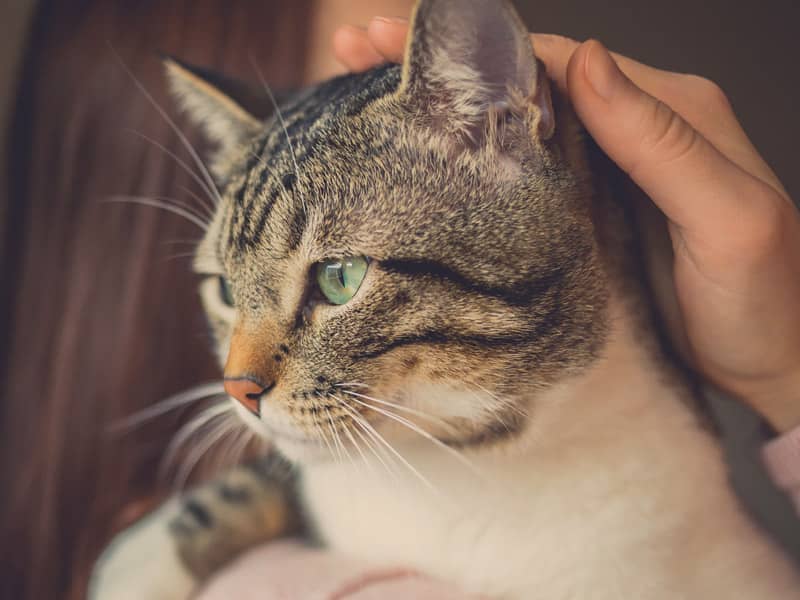 10 Great Quotes About Cats
Check out these 10 purrfect quotes about everyone's favorite animal: cats! Read next feature >
Stephanie Hertzenberg is a former writer and editor at Beliefnet. She is a graduate of the College of William and Mary where she majored in Religious Studies and minored in Creative Writing. She maintains an avid interest in health, history and science.