What to Do if Your Teen Breaks Your Trust

Are you doomed to be trapped as a helicopter parent?

Every parent dreads the teenage years. They hear horror stories from friends and family members. They might also look back on their own teenage years and wonder, with a thrill of bone-shivering terror, what if my teenager is just like me? Some parents get lucky and have a child whose greatest teenage rebellion is going to see an R-rated movie without telling their parents or coming home at 11:30 p.m. instead of 11:00 p.m. Other parents find themselves trapped in an endless whirlwind of underage drinking, sex and anti-authority behavior. Then there are the parents who think they are fortunate enough to have an easy to handle teen, only to find out that their child actually has been sneaking around behind their back. They just have not gotten caught yet. This leaves parents in the terrible situation of having a teen who has shattered their trust. The parents know they need to grant their teen some trust and freedom to avoid both further rebellion and to make sure their teen learns independence and responsibility. That said, their teen has just showed their parents that they clearly cannot be trusted. So, what is a parent to do?

Just like the first piece of survival advice in any emergency situation is “don’t panic,” when it comes to dealing with problems with your children or unexpected issues, do not panic. Panic will not help the situation and will leave you far more likely to lash out at your teen, thus driving them away, or cement in their mind that they need to keep secrets from you because you react like a crazy person. Avoiding panic is not the same as being nonchalant about discovering that your teen is engaging in underage drinking, experimenting with drugs or taking part in other seriously dangerous behaviors. It means that screaming at your teen or dissolving into hysterics will not help matters. You are dealing with a delicate situation as it is, and your teen is unlikely to have a firm hold of their emotions. Like it or not, you will have to be rational enough for both of you.

As much as you may want to bury your head in the sand and pretend that this is the first time your little angel has done something incredibly moronic, the odds are that they have done this before. Teens are not as good at keeping secrets from their parents as they believe, but they are also better at hiding things than their parents give them credit for. If your teen has broken your trust, you have to find out the specifics especially if they have been engaged in sex, drugs or alcohol abuse. Any of those could lead to dangerous health consequences, so truthful information is essential. Even if your teen has broken your trust in a less physically dangerous way, such as stealing money or lying, you need to find out how long this has been going on. If your teen will not tell you, do not be surprised, but explain to them that you will have to find out through other means such as going through their phone or contacting the families of their friends. They undoubtedly will hate that and accuse you of all sorts of things. Explain to them that because they already broke your trust, you cannot trust that they are telling the truth now. This is the inevitable consequence of lying. No one knows when you are lying or not.

Intentions can make a difference. There is a world of difference between a teen who was pressured into drinking by friends because they wanted to be accepted and one who helped buy the booze because they wanted to rebel against society. It is also one thing to deal with a first time thief who snuck $50 of your wallet and a seasoned credit card trickster who has successfully swindled you out of hundreds of dollars. To avoid similar behavior from happening again, you need to address the root of the problem. That means you need to know why your teen felt it was either necessary or acceptable to break your trust. This moment is not about what you think are understandable reasons. This is about why your teen did it. To a teenager, “I wanted to see if I could get away with stealing,” is a perfectly rational justification in their own mind. To you, this obviously sounds like the most ridiculous thing you have ever heard. The reason you think they did it, however, is not the driving force. You need to know what they were thinking so you can help them avoid this happening again. A teen that gave into peer pressure because they wanted their new friends to like them needs to be handled in a different way than one who was actively looking to rebel.

Parents dealing with teenagers who have gotten themselves in trouble tend to try and impress on their teens exactly how badly things could end up if the teen continues down their current path. This tends to lead to discussions about alcoholism for teens engaged in underage drinking or horror stories about teen pregnancy and untreatable STD’s. Teens do not think in this sort of way. They assume that they will avoid the worst case scenario because they are subconsciously convinced that they are immortal and infallible. Instead, explain that underage drinking will mean that they have to sacrifice multiple weekends to alcohol awareness classes and will result in them losing their driver’s license. Also, make sure they understand the consequences that you are going to impose. They will respond more strongly to a sudden loss of cellphone privileges than to a story of someone who contracted HIV as a teen. To an adult, these may seem like wildly backwards priorities, but that is how teens think: their own interests and pleasures first, everything else later.

Let them earn your trust back.

To err is human and utterly inevitable. Some people make bigger and more serious screw-ups than others, but the fact of the matter is that they happen. People then work to correct their mistakes and make amends toward whomever was harmed by their wrong. In the case of a teenager who broke your trust, you need to give them a way to earn it back. That does not mean you skip punishing them or assume that because you grounded them for a week that everything is now hunky-dory. You need to be realistic with both yourself and your teen about how they are going to earn back your trust. You also need to make sure everyone in the family understands how things will work in the mean time as well as what will happen if your teen breaks your trust again. For serious issues such as alcohol or drug abuse, this might mean that your teen has to go to therapy or some form or reeducation class. For a teen who was sneaking out or breaking curfew, you may end up requiring them to leave a GPS device on so that you can always see where they are. Be upfront about what is going to happen and stay strong when your teen, inevitably, protests that your actions are not fair. Your job is to be a parent, not their friend.

Give yourself ways to check in.

Your teen is going to be chafing under their new restrictions, but you are going to be a nervous wreck every time you let out their leash a little more. So, give yourself ways to check in with them and make sure your teen knows to expect them. As they are earning your trust back, you might make it clear that you have the right to go through their phone or confiscate it at any time. It is true that if they know this is a potential option, they might try to hide incriminating information on their phone. The flip side of the equation, however, is that if you claim that your teen is beginning to earn back your trust and then suddenly ransack their room looking for contraband, they are going to lose their trust in you. They are going to decide that there is no point in trying to please you since you will not trust them again anyway and will thus continue to try and keep secrets from you. Establishing up front that check-ins of some sort are to be expected also gives you a sense of a safety net. When you inevitably begin panicking again, you will have a way to put your fears at rest. As your teen begins to earn back more and more of your trust, you will feel the need to check in less often until you have both returned to something similar to the previous status quo.

Having anyone break your trust is awful. When it is your child, however, there is an extra problematic layer. You are the parent. Your job is to be responsible for your child. So, you must carefully balance giving your child the necessary freedom to grow and make mistakes while watching over them closely enough that they do not destroy their future with a single reckless decision. Repairing trust is never easy, but you might find that you and your teen end up coming out of the mess with a stronger relationship than ever.
Stephanie Hertzenberg is a writer and editor at Beliefnet. She is a graduate of the College of William and Mary where she majored in Religious Studies and minored in Creative Writing. She maintains an avid interest in health, history and science. 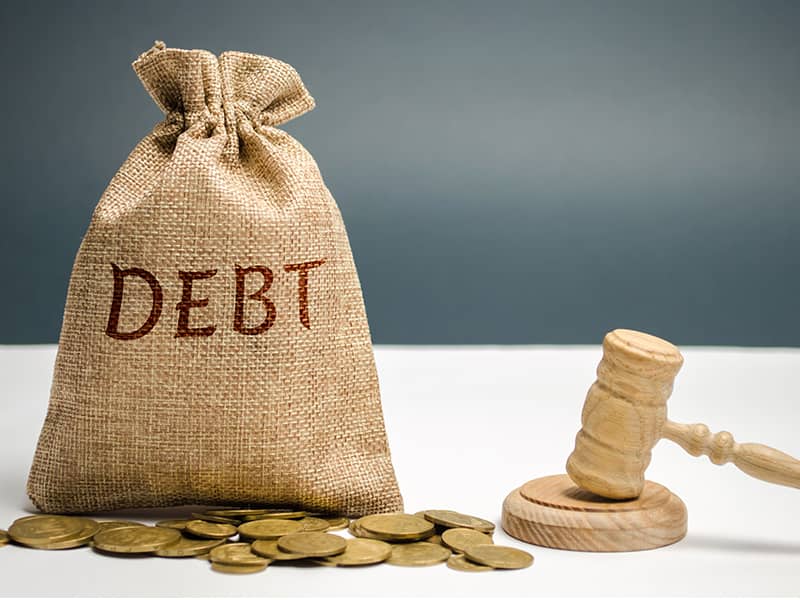 Why Getting Out of Debt May be Overrated