Despite the evolution of women’s and men’s social roles, the father-daughter bond—whether strong and nurturing or broken or nonexistent—still holds an enormous sway over women. Here are ten answers to questions frequently asked about fathers and daughters.

Dr. Peggy Drexler set out to write her book Our Fathers, Ourselves after finding very little research on the subject of daughters and fathers. Despite the evolution of women’s and men’s social roles, the father-daughter bond—whether strong and nurturing or broken or nonexistent—still holds an enormous sway over women. No matter how much their fathers may have disappointed or even hurt them, all the women she met felt a measure of loyalty and gratitude to them, and expressed their eagerness to stay connected to the men who were among the first loves in their lives. Fathers matter a great deal not only in childhood but well into adulthood—and yet few women are truly aware of the ways in which their fathers impact them. These are the questions she's most frequently asked about dads and daughters; to answer them here, she drew from the research she conducted while writing the book and since.

How do daughters learn from their fathers? Are there lessons fathers are better able to teach than mothers?

How do daughters learn from their fathers? Are there lessons fathers are better able to teach than mothers?

More and more, fathers are treating their little girls like they might have treated sons in the past: teaching them to fish, taking them camping, familiarizing them with things like car parts and power tools, and encouraging them to pursue careers in male-dominated fields. And more and more women are making their way in the world of work, often modeling themselves more on their fathers than on their mothers, and looking to their fathers for guidance in their careers. Of course, moms can teach these things, too -- both the fishing and the career-mindedness -- but fathers seem to play a particularly critical role in the development and choices of their daughters in the world of work. That said, the best lesson that a modern father may be able to teach his daughter is that long-held assumptions about parental roles and responsibilities are changing, and that there is no such thing any more as "the wife's job" or "the husband's job."

How can fathers expect their relationships with daughters to change as their daughters enter adolescence?

How can fathers expect their relationships with daughters to change as their daughters enter adolescence?

Traditionally, fathers and daughters have struggled to regain the connection they shared when the girl was very young: the time of shoulder rides and tickle attacks. But fathers are learning to be role models for their daughters throughout adolescence and into adulthood. The relationship will change, of course, as girls enter those adolescent years when they begin to separate from their parents and align more closely with their friends. But the goal of the relationship should remain consistent. Fathers should aim to continue acting as caring supporters who always have time and interest to talk -- even if the daughter isn't interested herself. Continuing to act as a role model at home and at work, meanwhile, will help provide daughters with the blueprints they need to have healthy relationships with men later on in life, whether as bosses, business associates, or boyfriends/ husbands.

What are some important ways fathers' roles change? Do fathers need to adapt to daughters' changing needs?

What are some important ways fathers' roles change? Do fathers need to adapt to daughters' changing needs?

All parents need to adapt to adolescence! But the best tack is to practice consistency -- being present, engaging in conversation, and trying as best they can to prevent the awkwardness of adolescence from impacting their own actions or attitudes. The way a father treats his daughter, and his wife, will help set the pattern for the behaviors a daughter finds acceptable (or not acceptable) in her own romantic partners. Especially during adolescence, when daughters begin to enter their own romantic relationships, this strong modeling behavior can be crucial. The bottom line for fathers: Set a good example in how you treat women. In most cases, this is how your daughter will expect to be treated.

What are some cultural trends fathers should be concerned about and address with their daughters?

What are some cultural trends fathers should be concerned about and address with their daughters?

I think that the prevalence, and permanence, of social media is the most troubling trend impacting teens these days, and something that most parents didn't have to deal with when they were growing up, so there's a learning curve. Learning to use social media and the Internet responsibly is an important skill for teens; that means restricting or constant monitoring of their online activity isn't the answer. Instead, parents should aim to keep the lines of dialogue open, talking to teens about the appropriate use of social media, letting them know about the dangers and possible consequences of misuse and, even, letting them make their own mistakes, because that's often the best way to learn what not to do.

Are there strategies fathers can use to start conversations with their adolescent daughters who may be closed off or uninterested in talking?

Are there strategies fathers can use to start conversations with their adolescent daughters who may be closed off or uninterested in talking?

It's entirely normal -- desirable, even -- for teenagers to begin pulling away from their parents and start connecting more closely with their friends. The best approach for a parent looking to keep the connection tight is often a casual approach: You can't force her to talk, but you can make it known that you're available and willing to talk whenever she's ready. Ask questions and be prepared to listen to the answers. Ask her how her day was, what happened in school, if she had fun at the party last night. Be interested, but don't pry too much. Create opportunities for interaction, but don't put a lot of pressure on the outcome. Some days will be easier than others.

What are some ways fathers can build trust and connection with their daughters during adolescence?

What are some ways fathers can build trust and connection with their daughters during adolescence?

Honestly, just being present and remaining consistent is the best way to build trust. You won't be able to reclaim the days when you bonded during trips to the zoo. Neither can a father use adolescence to establish a connection that was never there, or to "make up for" failings he had when she was younger. Showing an interest in her life, without forcing her to reciprocate and without taking it personally when she seems uninterested, is key. That may mean volunteering for opportunities at her school or it may just mean asking her to go for a walk to get ice cream after dinner. Don't use every opportunity to "talk." Be sure to have some moments that are just natural, two people hanging out.

What if a father feels like he has really botched an interaction with his daughter? What can he do to recover?

What if a father feels like he has really botched an interaction with his daughter? What can he do to recover?

He can apologize. Hearing a father say, "I was wrong, and I am sorry" will go a long way. Daughters are traditionally very forgiving when it comes to their fathers. But a father owning up to his mistake will provide a great example of how to address mistakes with maturity while also showing his daughter that he respects her enough as a young adult to admit he was wrong.

What should fathers do when mothers and daughters get in fights?

What should fathers do when mothers and daughters get in fights?

Mother-daughter conflicts can be a source of great tension for dads. In most cases, it's preferable for both parents to be on the same side; at the very least, a father should try not to disagree with his wife in front of the child. Instead, he might approach the situation as mediator. Ask to hear both sides, and then repeat what he hears. He might try his best to get each person to see the other one's side, while remaining neutral himself. This will also model to a teenager the importance of listening, versus reacting and responding. Later, he might offer to listen to his daughter's side in a one-on-one conversation. His allegiance will be with his wife, ultimately -- even if the two don't agree, talking about that disagreement in opinion will have to happen outside of earshot of the teenager. But it's important that your daughter feel that she is being heard and that, if a father is "choosing" to side with his wife, his daughter has a clear understanding of why that is.

Do you have specific advice for single fathers?

Do you have specific advice for single fathers?

Both mothers and fathers play a key role in a child's development. That said, the new American family is hardly traditional anymore, and kids aren't necessarily suffering as a result. It's possible -- very possible -- to raise exceptional, morally grounded children no matter what your family looks like. The development of a child's character depends less on whether there is a male figure or a female figure or two parents at all. That said, single parents often have to work harder to provide their children with role models and resources to make up for the missing gender, and so single fathers can and should seek out female role models that can be present and consistent --and positive -- in a daughter's life, whether that's an aunt, a friend, or a grandmother. Many daughters without mothers present in the home will also seek out female role models on their own. 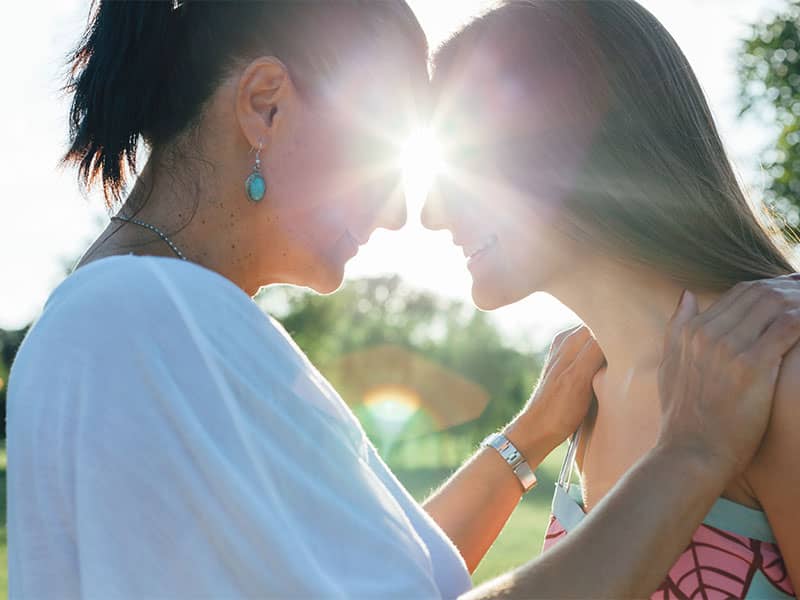 7 Dating Guidelines For Your Kids
Eventually, they'll want to enter the dating world. Read next feature >
Peggy Drexler, Ph.D. is the author of Our Fathers, Ourselves: Daughters, Fathers, and the Changing American Family. She is an assistant professor of psychology at Weill Medical College of Cornell University and a former Gender Scholar at Stanford University. She is a regular contributor to CNNOpinion.com, HuffingtonPost and others. She can be reached at peggydrexler.com .