The Truth About Spanking

Thirty countries in the world have banned physical punishment of children, including at home. But why aren’t American parents hearing the message? Two-thirds still spank their kids. 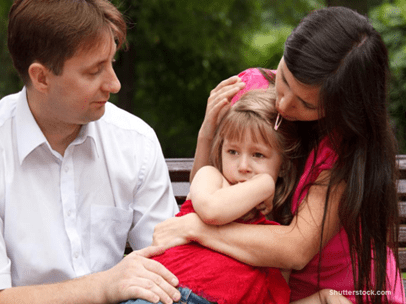 The vast majority of psychologists, researchers and parenting experts have come to the same conclusion: spanking and other forms of physical discipline can pose serious risks to children. The American Psychological Association discourages the use of any form of physical punishment, seeing it as both harmful and unnecessary. Thirty countries in the world have banned physical punishment of children, including at home. But why aren’t American parents hearing the message? Two-thirds still spank their kids.

The primary disadvantages of spanking are the following:

1. It sends the message that a good way to get what you want is to use physical force or violence. Kids who are spanked at home tend to see aggression as a legitimate way to work out differences with others, regardless of any advice we may give as parents. Why? Because they are far more likely to do what we do than to do what we say.

2. Spanking provokes angry feelings that the child may later direct toward peers, siblings, pets—or, more than likely, back at you. Resentment builds up until it is unleashed, often in an altogether different context.

3. Hitting your child can damage their self-esteem. Since kids identify so closely with their bodies, spanking leaves them with the impression that they are bad rather than that their behavior is unacceptable. To be happy and healthy, children need to feel good about themselves and know that they are loved even when their behavior is not appropriate.

Considering the harmful side effects, all of which have been widely publicized in the media, why do so many parents still spank their kids? The simplest explanation is that, in the absence of new models, most of us repeat history, especially when we are stressed or triggered. Trapped in the moment, we become too myopic to see the bigger picture involving the build-up of anger and other long-term side effects.

Another reason that parents spank may be that the procedure gives the illusion of being effective. Physical punishment can work momentarily. It can abruptly but temporarily stop unwanted behaviors because children are afraid of being hit. But the research is clear that in the long term it doesn’t work and actually makes children more aggressive.

Another reason why parents continue to spank their children is to vent their own frustrations. Nothing can be more aggravating than a child who is showing disrespect after you’ve worked so hard to nurture and care for them. You are understandably upset about that.

The good news is that adults can learn how to deal with their negative feelings in healthier ways, taking even better care of themselves but no longer at their child’s expense. Research described in the book How’s Your Family Really Doing? also emphasizes how expressing feelings in healthy ways is essential to the creation of a happy, loving family.

Parents from all walks of life have begun to make a shift away from spanking. In reshaping their approach to discipline and adding lavish doses of positive attention, these parents have not only corrected problems, but greatly enhanced harmony and good feelings for the whole family. Even some of the most strong-willed kids imaginable can become cooperative and well behaved with a non-violent approach.

Providing positive and healthy discipline takes a lot of patience on the part of parents -
hanging in there for the long game. If you want to avoid spanking, a number of effective programs teach parents to use a consistent discipline plan of positive reinforcement, age appropriate incentives, consequences and the use of time outs as needed. (See link below.) Parents can acquire skills to guide their children about appropriate means of resolving conflicts. A trusting relationship is formed as children learn that discipline isn’t arbitrary or done out of anger.

Power is of two kinds. One is obtained by the fear of punishment and the other by acts of love. Power based on love is a thousand times more effective and permanent then the one derived from fear of punishment.  -Mahatma Gandhi