The Everyday Actions of Parents Can Affect Children Negatively

While many parents often find themselves getting upset with their child’s actions, instead of lashing out, it’s wise for parents to look within and assess their own actions to see how that’s influencing their child. 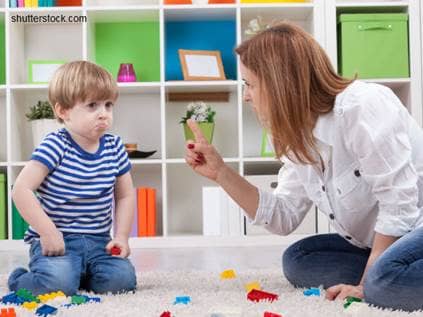 Children pick up on just about everything their parents do. Whether it is a subconscious reaction or the teachings of responsibility, children read between the lines and are able to identify the underlying attitudes of their parents. Moreover, the behavior these kids are observing quickly becomes what they deem as okay or normal.

Dr. Phil recently taped an episode for his show that discussed a mom’s struggle with her daughter. The mom, Kim, said her daughter, Taylor, was a liar and continuously manipulated her. Kim claimed that her daughter has stolen credit cards, spent thousands of dollars on lavish shopping sprees for her friends, and has posted multiple lies on social media that stem from false pregnancies, dropping out of school and getting arrested. Kim told Dr. Phil, “She thrives on being the black sheep of the family, even though we never have treated her as one. Taylor was diagnosed bipolar at age 14. Sometimes, I wonder is it the mental illness is she just a spoiled a teen?”

During further discussion, Kim told Dr. Phil that her parenting techniques have probably attributed to Taylor’s behavior. Instead of giving her daughter responsibilities, Kim did everything for her daughter. Dr. Phil identified examples of parenting that Kim recognized as enablers: does not require Taylor to clean her room, allows Taylor to keep moldy food in her dirty room, paid Taylor’s lost license and speeding tickets, does not require Taylor to do chores, has not made Taylor pay back the #3,000 of unauthorized charges on the stolen credit card, allow her to keep items she bought with the same stolen credit card, and threatens to call the police but doesn’t. However, Kim is just one of the many parents that have contributed to their children’s negativity through their own actions.

Psychologytoday.com published an article in 2014 that categorized parenting styles into four categories. Each of the parenting styles impacted children differently. An authoritarian parent is characterized by adhering to rules, dominating style, and a great deal of control. These children may lack some of the critical social and communication skills that are crucial when developing leadership attributes.

A neglectful parent is very absent within their parenting roles. These parents don’t spend a lot of time with their children and usually allow technology to take on the role of babysitter. Therefore, parents of neglectful parents have trouble following rules and often lack self-control. Unfortunately, many of these kids will not have the opportunity to fully develop their communication skills.

An indulgent parent provides a lot of affection and interaction however they’re not a lot of rules. The “anything goes” attitude causes kids to have more of a friendship like relationship with their parents. There are few boundaries and even though these children express higher levels of creativity they also possess a sense of entitlement.

The last group identified was the authoritative parents who encourage their children to be independence and implement established limits and boundaries. Rules are put into place and parents administer independence based on a child’s maturity levels. These children demonstrate great social skills, self control, and self reliance which make them great candidates for future jobs and partners.

It’s crucial for all parents to identify their own parenting techniques and list ways they can better assist their child in developing into a well rounded individual. While many parents often find themselves getting upset with their child’s actions, instead of lashing out, it’s wise for parents to look within and assess their own actions to see how that’s influencing their child.