Teach Your Kids How To Fail

There is a line between encouraging our kids to ‘play to win’ and preparing them to handle failure. 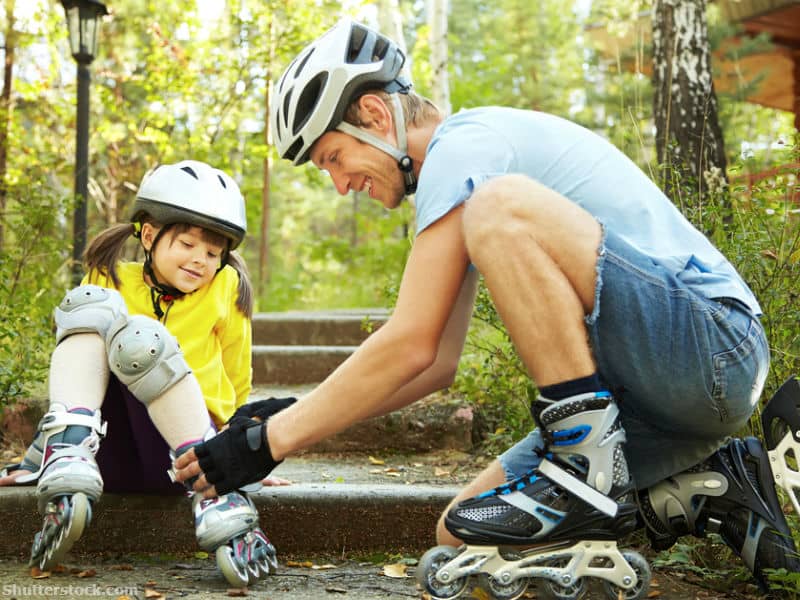 I can’t think of a single parent who doesn’t want their child to grow up to be happy, healthy and whole. But it requires walking a fine line.

As parents, we’re wired with an inbuilt desire to protect our children from the harder realities of life – whether the sting of rejection or the disappointment of failure. But left unchecked, that primal instinct to protect can keep us from equipping our kids with the skills to handle life better. Add to that our own un-mended childhood scars, and it only amplifies our desire to steer them away from situations where they might acquire their own.

A friend of mine who runs a local basketball competition for 1,000 girls age 7-9 shared with me how, upon redrawing the team margins, she was inundated with calls from upset parents complaining how their daughters’ teams were no longer winning. She said a fellow parent managing an older league had experienced a similar onslaught of abuse from over competitive parents whose desire for their kids to win overrides their better judgment.

Don’t get me wrong, I love seeing my kids win. But having had each of my four children (now three teens and a twelve-teen year old) experience plenty of losses over the years in every sport and extra-curricular activity ever invented (at least it’s felt that way), I also know that some of their best life lessons have come from NOT being on the winning team or landing the lead role. They’ve come from the narrow one point defeat. They’ve come from not making the A-team. And they’ve come from learning how to pick themselves up and refocus on what’s next.

Consider the most successful adults you know. They’re rarely those whose childhoods were one long string of victories, accolades and gold stars. Rather they’re people who’ve had their share of bumps, bruises and battles along their path to adulthood. They’re also those who, having learnt that failure is an event not a person, have built the grit and confidence to pursue ambitious goals that stretch and inspire them. Sure they’re competitive and they play to win, but outcomes don’t define them. They define themselves.

Childhood passes quickly. We do our kids an immense disservice when we don’t give them the emotional, mental and physical freedom to simply be kids; future grown-ups with training wheels. Too many kids today grow up feeling relentless pressure to excel. Little wonder that by the time many are teens they opt to drop out of sport all together rather than risk the crushing judgment of over bearing and insecure parents who need to prove themselves through their kids. Safer not to play at all. Which is why as parents we have to encourage our kids to play for the sake of playing and learn for the sake of learning, not for the sake of the praise it may bring.

In my new book Brave I shared how, at sixteen, my oldest son Lachlan decided to spread his wings to move from Australia to the USA to pursue his passion for basketball. It’s now over a year since he left home and not everything has gone to plan. But as he said to me recently, “Mum, I’ve learnt that every time I miss the shot or things don’t go my way is really just an invitation for me to work harder and get better. Basketball doesn’t define me but it’s taught me a lot about life and so whatever happens, I’m going to be better off for having tried to play with the big boys.”

Physically, Lachlan is not a ‘big boy’ relative to the giants he shares the court with (wrong gene pool!) But already, at seventeen, sport has equipped him with an armory of life skills that will carry him far in life, well beyond any sporting arena.

I recently overheard someone say that people who come in second are the ‘first losers.’ Their comment reflects our culture that elevates ‘winners’ – particularly those in the sporting arena - to a God-like status, with little regard for their character. Which is why I passionately believe as parents today we must seize every opportunity to teach our kids to distinguish their innate worth from the results they produce (or their Instagram follower count!) We must teach them that, win or lose, what matters more than being hailed as a hero is having the guts to try. We must teach them to risk mistakes, challenge the rules and make their own luck. And we must teach them that the best lessons in life don’t come from winning the game, but from learning how to play it. And while their falls may tug at our hearts, we must continually remind ourselves that no matter what buffers we want to place around them, we cannot shelter them forever. Nor would it serve them if we could.

Our children arrive in this world brimming with potential. The biggest barrier to fulfilling it is overcoming their own fear – of losing face and falling short; of messing up or missing out. But growth and comfort can’t ride the same horse. And so every day they are in our care is a day we must encourage them to be bigger than their fears and to embrace the emotional discomfort that comes from taking action in their presence. Because every time they do, it strengthens their ‘life muscles’ for bigger and better things.

And of course, while it should go without saying, we can’t teach our kids to lay their pride on the line in pursuit of their dreams if we aren’t doing it ourselves. After all, our children may not always do as we say, but they always see what we do.

Margie Warrell is a bestselling author of three books, mother of four kids and founder of RawCourage.TV Learn more at www.margiewarrell.com