The United States is the only major country that doesn’t mandate paid time off for new mothers which in turn puts a huge emotional and economic burden on families and the country. 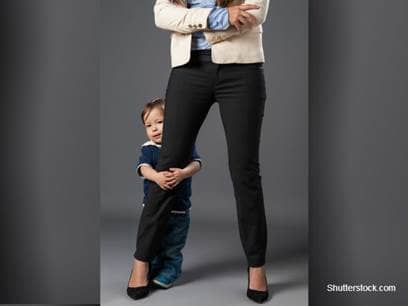 A new analysis of data from the Department of Labor revealed that one in four new mothers surveyed by the department in 2012 were back at work within two weeks after giving birth to their new baby due to the financial toll of enduring an unpaid maternity leave.

Researchers surveyed 2,852 workers and deemed that college graduates were amongst the mothers who took at least six weeks of leave. While only 54 percent of women without a degree were able to do so. Journalist Sharon Lerner, author of the piece published In These Times that broke the recent study, said that she spoke to the women and their stories were heartbreaking. In her article she referenced a full-time waitress, she met, working more than 60 hours a week who was the mother of a four-week-old. She told Lerner that she would come home exhausted and sleep with one hand on her baby because that’s the only connection she could get.

A growing number of companies that employ mostly well educated white collar workers have beefed up their leave benefits package – Adobe, Microsoft, Nestle, Vodafone, Goldman Sachs and Blackstone. However, these are just the highest paid workers of our society and do not account for the millions of other moms who do not have paid maternity leave.

The United States is the only major country that doesn’t mandate paid time off for new mothers which in turn puts a huge emotional and economic burden on families and their country. Sweden offers 16 months of paid parental leave, while Finland offers nine months of paid leave for either the mother or father. Paid leave provides families with the ability maintain their career and family without any added stress.

According to the Bureau of Labor Statistics only about 13 percent of U.S. workers have access to a form of paid family leave. In many cases, parents are forced to purchase short and long-term disability plans in preparation for the family’s addition. Many insurance companies will refuse coverage if a mother is bearing a child at the time of sign-up and will, in many cases, have mothers wait a year after signing up for coverage before approving a leave payout. And still, the payouts are only a percentage of their pay.

In Lerner’s article she referred to a mother who opened up to her about crying in a parking lot, as she pumped milk for her infant during a break from her 12 hour factory shift. Also, a Chase bank manager told Lerner that she was forced to quit her job because she needed to take a 12-week leave to care for her premature infant.

There are several of repercussions that mothers and their families have to endure due to the early return to work – economically, emotionally and physically.

Many mothers who return to work early are unable to breastfeed their children and suffer from severe depression. Studies have also shown that an early return can effect a child’s development. For example, breastfeed babies have better immunity and lower childhood obesity rates, allergies and sudden infant death syndrome.

A lot of mothers are forced to quit their jobs because of expected return dates and the pressure that employers place on their staff. Therefore, many families have no other means and are forced to turn to public benefit programs that are scarce and insufficient in a number of ways.

Unfortunately the Family Act, a bill that would offer federally mandated paid leave to new parents, has not left the ground in Congress. It’s difficult for families to argue their point when there is no political backing. Many Republicans have raised concerns about paid leave referring to it as a “job killer.”