Recent research by the American Journal of Orthopsychiatry notes that adult children of divorce are at a greater risk of suicide than those from stable households. 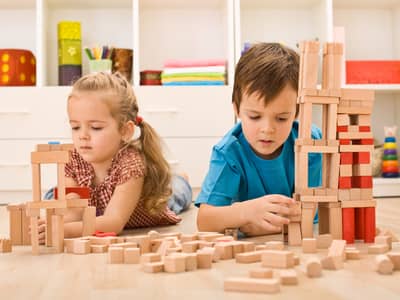 So lets put all the goofy studies about kids and divorce to bed. The kids collapse. They’re afraid, they feel abandoned, they feel threatened, and everything they know about a stable life has been shattered. And all the research in the world indicates things never get better, emotionally and often mentally. Their grades go down. They are more likely to experiment with drugs and alcohol. They frequently become more sexually active. All children of divorce experience serious separation anxiety. There’s mourning following divorce finalization. There’s confusion and anger when parents start to date, there’s maddening grief when they argue and these emotions can last for decades.

Recent research by the American Journal of Orthopsychiatry notes that adult children of divorce are at a greater risk of suicide than those from stable households. Research has shown that as these kids get older they have even more trouble trusting parental relationships than teens do when their parents are divorced.

So what to do?

1. Depending on their age, tell them what’s happening and why. But keep it simple and age specific.
2. Agree to never ever put your kids in the position of defending the other parent. Never talk about their jerk father or their insane mother.
3. As much as possible, minimize changes on the kids. Keep them in the same bedroom, even though they’ll have another bedroom in mommy’s new home.
4. Live as close together as possible, ideally across the street. This way kids can stay in the same neighborhood.
5. Reassure them over and over again that you both love them. You’ll both be there to help them with homework, to play with them, to take them to school. You just won’t be living in the same house.
6. Stay connected to your kids with text messages, Tweets, Tumblr postings, Facebook, whatever. Constantly send them messages of love and support.
7. Don’t act jealous or upset about the time your kids spend with the other parent. Don’t force your kids to choose sides.
8. Alert their school that you are getting divorced. Their teachers will be especially attentive to them. They may be the first to spot signs of anger or depression.
9. Don’t bring strangers home to your bedroom. And don’t talk to your kids about your love life. Remember they’re your kids, not your best friend. If you need a best friend, get one.
10. Get God involved. Pray for them constantly. Pray with them. If they’re at your house on Sunday, get them and you to church and get them involved in a church youth group. They need other kids to talk to and you can help determine who their friends will be.

Finally understand the most important thing: even though you failed as a couple, you don’t necessarily have to fail as a parent. Talk to each other about how the kids are doing. There’s no getting around the truth of it all: divorce is going to be hard on your kids. But two grown people, acting like loving parents can soften the blow and minimize potential long-term damage.

Harry H. Harrison Jr. is a NYTIMES best selling parenting author with over 3.5 million books in print. He has been interviewed on over 25 television programs, and featured in over 75 local and national radio stations including NPR. His books are available in over thirty-five countries throughout Western Europe, Eastern Europe, Norway, South America, China, Saudi Arabia and in the Far East. For more information visit www.fearlessparenting.com.