Marriage as a Discipline: Advice from the Finish Line

Of course, they of understand that some marriages – in particular those where abuse is present – must come to an end. But they exhort you in most circumstances to try, try, and try again to honor the initial commitment before leaving the marriage. 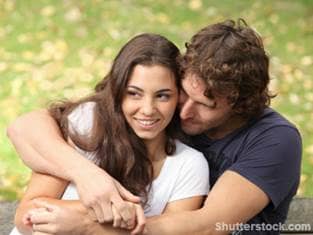 Over the past four years, I’ve had the remarkable experience of listening to hundreds of the oldest people in our society talk about love, relationships and marriage (described in my book 30 Lessons for Loving. In that book, people who were near the finish line of married life opened their homes, hearts, and minds to me. From this vast reservoir of experience – as a group these elders have accumulated around 25,000 years of married life – one particularly profound lesson stands out. It’s their endorsement of the decision to make a commitment to one single person for an entire lifetime. You might ask: Is that idea old-fashioned?

If you listen to the dire media reports about the “death of marriage,” you might easily assume that matrimony will soon be a thing of the past. It may surprise you, however, to learn that this stereotype is not true. In fact, surveys show that not only do the vast majority of single people want to get married, but they also hope it will last forever. We may be a throw-away society in other ways, but when it comes to love, most people are looking for a lifelong relationship. But to make that happen, there’s an ingredient that no therapy, no treatment program, and even no religion can create; the partners must do it themselves, day after day, and year after year. That key to thinking about marriage is commitment. The elders tell us that you must enter into a marriage expecting it to last forever. And they believe that is something worth striving for.

Ranjit, 80, summed up the view of many: that people should enter into marriage seeing the commitment as unbreakable. Marriage is two people living together and becoming as one. Marriage is between souls that become one. That means the most important thing before thinking of marriage is that we have a commitment. One must be sure in his or her mind that the partner is for you and for you only. Sometimes people think: oh, if the marriage doesn’t work out, we can get a divorce any time. But marriage is not a contract on paper that you can annul any time if it doesn’t work out. Never start married life with that notion. The emphasis on commitment was similarly strong from elders in the study who spent much of their lives in a committed but unmarried relationship. Timothy, 89, and Jerome, 90, have been a couple for 60 years, sharing a fascinating life together.

Their commitment was made firmer, they told me, because marriage was not available. Timothy said: Our commitment to each other had to be stronger, because it wasn’t backed up by the legal things marriage gives you. You have to have a strong relationship, because there’s no legality to it. Jerome added: After we fell in love, it became the relationship for my entire life. You don’t want to separate. I don’t know that you enter a relationship thinking that you’re going to last for 60 years.

But you do just feel: “I want to go on. I don’t ever want to separate. I don’t want to go my own way.” This, then, is a key lesson from the America’s elders: Treat marriage – at every stage – as a lifelong commitment. Of course, they of understand that some marriages – in particular those where abuse is present – must come to an end. But they exhort you in most circumstances to try, try, and try again to honor the initial commitment before leaving the marriage. In my efforts to understand the elders’ view on commitment, I realized that they were talking about marriage as a discipline. By this they mean an ever-changing process in which you get better at something by continual, mindful practice. Most important, it is a lifelong process – you don’t “arrive” at success, but rather you spend your life mastering the discipline. In all disciplines – from learning a martial art, to running a marathon, to meditating – short-term sacrifice is required to reap the long-term rewards from your effort. The elders are clear that no one can make a commitment at a single point in their lives, then simply relax and forget about it. Commitment is enacted every single day, as part of the discipline of marriage. Mae Powers, 70, put it this way: It’s continually committing, actively deciding to stay together. During the rough times, you have to decide to recommit yourself to the relationship.

My husband and I joke about having “gotten married” many times. Things happen that cause people to question their relationships, and then they have to make a decision to recommit or not recommit, and how to recommit if they decide to do so. So when I recommit to staying together today after a huge blow-up, it’s with the knowledge of all of those limitations and what I have decided I’m willing to live with. Searching for a way to characterize this attitude among the long-married elders, I found myself using the word spirit.

That is, many of them have a spirited approach to the discipline of marriage, to get better, to forgive, and to innovate. There’s a spirit of initiative to overcome problems and an indomitable attitude to move on despite problems. Sound idealistic? For me, seeing was believing. Nothing convinces you of the value of making a lifelong commitment like being in the presence of couples who have done just that. Most people who make good on the “marriage is for life” assumption freely admit having considered splitting up at least once over the decades (and often more than once).

They’ve lived through sloughs of unfulfillment, periods where passion waned and nothing appeared to replace it, and bouts of simmering resentment. But they hung in, they endured, they worked feverishly on the relationship – and they won out in the end. When you are in the presence of two people who have weathered life’s predictable and unpredictable storms together and emerged as true and inseparable partners at the end of life, there’s a feeling of “Ahhh, so that’s what it’s all about…” I had the opportunity to observe this apotheosis of married life many times, and each time I came away inspired and enriched. I learned this from the elders: there are some life experiences for which you need the whole thing to reap all the benefits - marriage is one of them.

Karl A. Pillemer, PhD is a professor of human development at Cornell University and professor of gerontology in medicine at the Weill Cornell Medical College. An internationally renowned gerontologist, his research examines how people develop and change throughout their lives. In a recent set of studies, Dr. Pillemer decided to find out what older people know about life that the rest of us don't. This project led to the book: 30 Lessons for Living: Tried and True Advice from the Wisest Americans, and more recently to 30 Lessons for Loving: Advice from the Wisest Americans on Love, Relationships, and Marriage .