How to Parent Strong-Willed Kids

When people are asked what they most value and cherish, the overwhelming majority say the same thing: their family. Parents are deeply committed to doing what is best for their children but, at the same time, may lack the knowledge or skills to do so. This can be particularly challenging when parenting bright, spirited, strong-willed children. 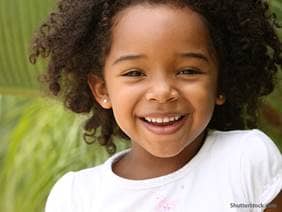 When people are asked what they most value and cherish, the overwhelming majority say the same thing: their family. Parents are deeply committed to doing what is best for their children but, at the same time, may lack the knowledge or skills to do so. This can be particularly challenging when parenting bright, spirited, strong-willed children. Case example: Sara, a precocious four-year-old, came with her parents to their first counseling session. Her preschool teacher suggested therapy because she had gotten in trouble for biting other kids. The teacher really liked Sara but was concerned about her behavior. Midway through the session, Sara was asked, “Who’s the boss in your family?” She pointed to her dad. Her mom burst into a fit of laughter, exclaiming, “That’s so not true.” Sara started to giggle, then threw her hands on her hips and proclaimed “Mommy’s right. I’m the boss! But she wants to be the boss and that’s why we’re here.” Does this sound familiar? Studies show that an increasing number of kids have too much power in their families.

Some kids won’t go to bed early enough to get enough sleep. Others have a hard time making or keeping friends because they don’t share very well or want to be center stage. Many throw temper tantrums when they don’t get the treat they want at the grocery store. Letting children get away with too much—or overindulging them by giving them everything they want—can be as damaging to their feelings of self-worth as being too strict.

Ask yourself these questions: • Do you have to raise your voice, lecture or repeat yourself to get your kids to behave? • Do your kids ignore normal, everyday requests when they just don’t feel like listening? • Have you tried to avoid spanking and yelling but nothing else seems to work? • Are you exhausted and upset because your kids seem disrespectful, entitled or ungrateful for all the things you do for them? • Are you feeling frustrated and defeated despite your best efforts to be a great parent?

These are all signs that you may want to try a new approach. Why is this a problem? Children who have too much power over their parents are at risk for a host of problems. They become anxious about the impulses they can’t control and, as a result, feel badly about themselves and guilty about the pain they are causing. Kids who act and are treated like they are the boss of the family not only drive their parents crazy but often get in trouble in school, have difficulty with peers, and are deprived of fundamental lessons needed to survive in a world that will not always revolve around them.

Some reasons why kids misbehave: • Testing to see what they can get away with • Not wanting to face frustration • Wanting parents’ attention • Showing their parents that they are upset • Retaliating for feeling like they’ve been mistreated • Expressing anger or upset about anything going on in their lives • Distracting their parents from their marital conflict • Sacrificing themselves by drawing attention to their behavior and away from a parent’s own struggles with stress, anxiety, depression, conflict, etc.

It’s all about balance. Family researchers have known for years that healthy families create environments that balance large doses of love and warmth with sufficient firmness and structure. Kids thrive in these settings. Without love and warmth they tend to feel abandoned and resentful, and without firmness and structure they will often test until or unless limits are set. This core concept has not changed and is not likely to do so.

The goal is simple—namely to help children feel good about themselves and have love and respect for others. Finding that balance For kids to be happy and successful, it means teaching them to respect the needs of others, honor rules and limits, and learn self-control. We also need to dish out daily doses of love and warmth, say yes to their efforts, support their unique passions, and ask them to make age-appropriate contributions to both family and community. Shifting beyond infant attachment There are a number of roadblocks to parents setting effective limits. One is not adapting to a child’s age. For example, an important ingredient of early parenting is to bond with an infant and provide what is called attachment parenting. Infants need to be spoiled, but as children grow older it’s best if they are weaned from being the center of the universe.

They need to be able to tolerate frustration. There’s also a big difference between parental behaviors that are nurturing versus indulgent— doing things for kids that they can do for themselves. Feeling sorry for your child Another roadblock to setting limits for some parents is when they feel sorry for a child. One mom realized in therapy that she had relaxed the rules too much with her eight-year-old son, Matthew, because of recent family traumas. The parents’ divorce was immediately followed by the loss of their home in a wildfire. Matthew had lots of feelings about losing his family and all of his possessions, but was also acting out as a way of testing boundaries. A dramatic reduction in his anxiety occurred only after the parents learned to set better limits. Fears that fuel permissiveness Some parents are afraid of making waves or being in conflict with their children.

For others, it’s too important to be their child’s best friend. This is especially true when parents lack adequate social support from extended family or friends. Since a crucial part of parenting is being able to put your foot down now and then, you can’t be dependent on your children’s love and approval. It helps not to have all of your emotional eggs in one basket. If your child isn’t upset with you sometimes, you probably aren’t setting enough limits. Use your child’s willfulness as an asset instead of a liability Parents can learn to endow their children with the social and emotional tools they need to survive life’s inevitable stresses and frustrations.

You don’t have to be like Sara’s parents, exasperated when she wouldn’t respond to requests, even when they said “please.” There are ways to turn things around, using a child’s willfulness as an asset instead of a liability. Helpful resources can be found at Strong-WilledChild.com. As we take on parental authority in a firm and loving manner, or take it back after having lost it, our kids can go back to being kids again—relieved to let parents do their job of parenting. It’s a win-win.