The Origins of Halloween

The story of Halloween began over 2,000 years ago.

It’s that time, again. Cold winds gust, dead leaves skitter across the ground like insects, and bare trees clap their branches together to the unheard music of autumn. Pumpkins, carved into faces both subtle and gross, begin appearing on steps and porches throughout your neighborhood, lit from within by flickering flame, heralding the most mysterious of holidays.

Piercing the veil between fall and winter, life and death, the natural and the supernatural, Halloween is a strange time, steeped in superstition.

It’s most likely origins lie in the ancient Celtic festival of Samhain, celebrated on the night before the Celtic new year. The Celts lived 2,000 years ago in what is now Ireland, and celebrated their new year on November 1st, which marked the end of harvest time and summer. It also marked the beginning of the cold of winter, which they associated with death.

Samhain, celebrated on October 31st, was also considered the most supernatural time of the year—a time when the boundary between this world and the next could be most easily crossed, allowing otherworldly entities into the lands of the living.

The Celts believed that nature spirits needed to be placated with offerings of food and drink so that the living and their livestock could survive the winter. Huge bonfires were built and crops and animals were sacrificed to the Celtic deities. Feasts were also held during the celebration, and places were set for the souls of dead loved ones who might also wander through the veil of reality on this night.

Mumming and guising—the wearing of costumes and masks—were a part of the festival of Samhain, and involved costumed revelers going door-to-door in costumes of animal skins and heads, reciting verses in exchange for food. These costumes were thought to imitate and protect them from malevolent spirits who wandered the night, seeking to possess human hosts.

In 43 A.D., the Roman Empire had overcome and conquered much of the Celtic territory, and two of their Roman festivals combined with the traditionally Celtic Samhain. Feralia, the first of these festivals, was a commemoration of the passing of the dead. The second was a day to honor Pomona, Roman goddess of fruit and trees. Pomona’s symbol was the apple, which made its way into the celebrations of Samhain and likely resulted in what we know today as “bobbing for apples”.

In 1000 A.D., the Catholic Church established All Souls’ Day on November 2nd—a day to honor the departed. It is thought that the Church sought to supplant the Celtic festival of the dead with a church-sanctioned festival—All Souls’ Day was celebrated very much like Samhain, with bonfires and costumes of angels and saints and devils. The more American tradition of “trick-or-treating” dates back to English All Souls’ Day parades, during which the poor would beg for food, and were given “soul cakes,” a type of pastry, in return for their pledge to pray for the givers’ dead loved ones. This practice was encouraged by the church, as it replaced the Celtic practice of leaving food for meandering spirits. At this time, the practice was called “going a-souling,” and was eventually adopted by children.

This celebration was also called, familiarly, All-hallows, with the night before—the traditional night of Samhain—being called All-hallows Eve. Eventually, the name evolved into Halloween, by which we know the holiday today.

The formation of a distinctly American Halloween tradition began to emerge in the mid-19th century, although it had not yet spread throughout the country. With the second half of the century, however, millions of Irish immigrants fleeing the potato famine of 1846 poured into the country, and the customs and traditions these Irishmen brought with them popularized the celebration of Halloween all over America.

Americans, too, began to costume themselves, taking from the old ways and going from house to house asking for food, which eventually became known as our modern “trick-or-treat”. By the end of the 1800s, pressure to change the focus of Halloween to be focused more on community fun rather than placating spirits and pulling pranks. The old festivals were transformed into more modern parties, which focused on seasonal foods and games. Parents were socially pressured by community leaders and the media to excise anything frightening or spiritual from their Halloween celebrations. Due to this, Halloween lost its supernatural elements by the 20th century.

Halloween, in the American 1930s, fully morphed into a secular holiday, replete with parades and community-wide parties. However, community efforts to the contrary, vandalism became a major component of the holiday.

By the 1950’s town leaders began emphasized that Halloween was mainly for the very young in order to curb vandalism by older revelers. During this time, the practice of trick-or-treating became hugely popular—it is thought that families may have tried to prevent “tricks” by more generously handing out small, sweet treats, a tradition which still holds today.

Origins of the Jack-o'-lantern

No Halloween is complete without a jack-o’-lantern, which, of course, has its own sordid tale.

People have been carving these in celebration of Halloween for centuries. The jack-o’-lantern finds its origins in the tale of Stingy Jack, who, according to Irish myth, invited the Devil to have a drink. Stingy Jack, of course, didn’t care to pay for his own drink, and so tricked the Devil into transforming into a coin that would be used to pay.

Once the Devil did this, however, Jack kept the coin, placing it into his pocket next to a silver cross, which prevented the Devil from changing back. Eventually, Jack made a deal with the Devil, demanding that the fallen angel not bother him for a year, and his soul could not be claimed by hell.

The Devil agreed. When he returned to Jack a year later, Jack once again tricked him, having him climb a tree to fetch a piece of fruit while Jack carved a cross into the tree’s bark so that the Devil could not come down. In exchange for his freedom, the Devil agreed not to bother Jack for another decade.

When Jack finally died, God would not allow him into heaven. The Devil, because of the agreement, would not allow Jack into hell, and so he sent Jack off into the twilight with only a burning coal to light the way—a coal which Jack placed into a carved-out turnip, and has been roaming the Earth with ever since. His ghostly figure became known as “Jack of the lantern,” and, later, “Jack O’ Lantern”.

Eventually, people in Ireland and Scotland began to make their own lanterns in the tradition of Jack’s, carving grotesque faces into turnips and potatoes and placing them in windows to frighten Stingy Jack and other entities away. When the Irish immigrants flooded into America, they brought this tradition with them, eventually finding that pumpkins, an American fruit, made the very best jack-o’-lanterns.

The Lingering Feel of Mystery

Even with the knowledge of its origins, Halloween loses none of its mystery and strangeness. It is a time of transition, a liminal time when nature, itself seems to be dying away, making room for new seasons. Although we may no longer focus on the supernatural aspects of the holiday, the draw of the unknown, the promise of adventure, and the mystery of that which moves just beyond our perceptions of reality, will always linger. 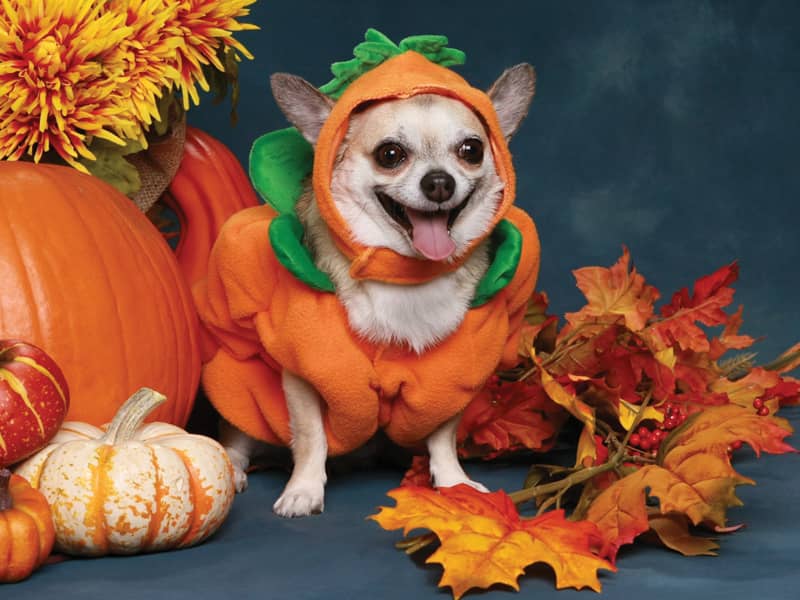 more from beliefnet and our partners
Add some inspiration to your inbox
Sign up for Beliefnet's Love and Family newsletter.
From time to time you will also receive Special Offers from our partners
Wesley Baines