A look at some interesting facts on Cinco de Mayo! 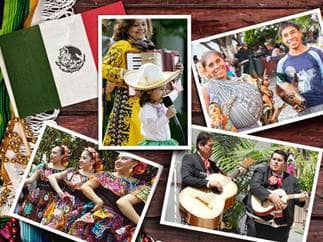 On the fifth of May is Cinco de Mayo, a celebration of the Mexican army’s victory over France in 1862.The Mexican army was under siege from the powerful French who were looking to take over the small town of Puebla de Los Angeles with an army of 6,000. Compared to 2,000 men going against the French, Mexico pushed the assailants back.

They miraculously, not only survived, but lost 100 men compared to the 500 that were lost on the French side. This fortified the Mexican army to withstand the French for the next six years, and eventually they withdrew and the war ended.

Back in the U.S., Cinco de Mayo is big holiday that celebrates the Mexican culture every year.

We celebrate Cinco de Mayo with dinners, parties, festivals, parades, drinking, and music in Mexico and in America. The first Cinco de Mayo extravaganza took place in southern California in 1863, called the “Festival de Fiesta Broadway” and moved to New York, Houston and across America. U.S. News reported how this spread. holiday holiday

“Mexican immigrants flooded into the American southwest, they joined in the festivities with their fellow Mexican-Americans who were already living in the United States without really knowing the story behind the holiday, and over time the date came to be a showcase of Mexican ethnic identity rather than a celebration of the battle against the invading French forces.”

Now, let’s look at six facts on this holiday that helped improved Latin relations with America, and the fun it brings!

1. September 16th is actually Mexico’s day of independence. May 5th was the celebration of Mexican army’s victory over France in 1862. Remember Mexico was outmatched and a couple thousand men stood up and sent the French running. This also kept the French occupied as it was believed they wanted to fund the Confederate War. Many make this mistake.

2. Louis-Napoléon Bonaparte used Mexico as a way to expand his empire so he could have key access to the states through Mexico. He declared war on Mexico and planned to turn it into a colony while Mexico was working on paying debts with other countries.

3. It’s been quoted that “Cinco de Mayo has to be one of the best holidays in the world. Burritos, tacos, and beer, is there anything better?” What is better than that? Well, for the avocado industry it is really good. An estimated 81 tons of avocados are eaten during this holiday.

4. In Mexico this holiday is just a day off the website About Travel explained. “Besides some parades and civic events, celebrations are generally low-key. In Mexico Cinco de Mayo is not, as it is in the United States, a general celebration of Mexican culture and history or even a time to imbibe substantial amounts of tequila.” We like to party here in America, for sure!

6. Bring me a tortilla and a margarita, two of the most popular things to eat and drink on Cinco de Mayo. Americans love their margaritas and consumed over $2 billion dollars annually on the drink. During this holiday sales soar, and so do spirits.