Christians only or holiday for all?

Every year may be different, but there are some things that Americans can count on experiencing every December. The weather will become colder. In most of the northern and western states, it will snow and coat the world in a blanket of white. Neighbors will begin to string up Christmas lights, and familiar carols will play on the radio. Some people will be stressed by holiday shopping and cooking. Others will be reveling in the happiest season of all. Everyone will be practically socially obligated to be, or pretend to be, cheerful.

Christmas is meant to be a time of happiness and faith. For many families, it is such a season. Unfortunately, the weeks that are normally ruled by green and red have an unfortunate side effect. This is also the time of year when Christians will be berated for wishing someone “Merry Christmas,” and students will be punished for singing Christmas carols in school. Some colleges have even gone so far as to forbid students from wearing red or green. The reasoning offered is almost always some version of “it is offensive to celebrate Christmas publically because it is a Christian holiday, and not everyone is Christian.” Inevitably, this turns into a miniature culture war. Many Christians refuse to act as if they are ashamed of their beliefs and continue to wear Christmas sweaters and wish their neighbor’s a “Merry Christmas.” After all, what is wrong with hoping someone has a good day? The self-appointed Christmas police go after those they might be able to sway with even more zealotry.

While there are layers upon layers of assumptions buried in the idea that wishing a person “Merry Christmas” is offensive, one of the most pressing is the statement that Christmas is only for Christians. That is not, however, entirely true.

Christmas is at its heart a Christian holiday. The celebration revolves around the birth of Jesus Christ. “Christ” is even in the holiday name. When it comes to celebrating Christmas for its traditional and original meaning, it is true that Christmas is largely a Christian holiday. Other religions do not believe that on December 25th, the Son of God and Savior of all mankind was born. There are many people who are not Christian that recognize Jesus as a great moral teacher, but only Christianity holds that Jesus was God’s only begotten son. This is what differentiates Christianity from other faiths.

Celebrating the birth of the Son of God is something that only Christians can do, but Christianity is not the only religion that honors Jesus of Nazareth. Muslims do not believe that Jesus was the Son of God, but they do recognize Him as a great prophet. To Muslims, Jesus was a prophet on par with Moses and Muhammad. Jesus was sent by God to bring the teachings of God to His people, and like great prophets such as Moses and Muhammad, Jesus brought those teachings in the form of a book. As such, Muslims could arguably celebrate Christmas. They would not be celebrating the birth of the Messiah, but there is nothing stopping them from recognizing the birth of one of the greatest prophets in history.

Certain Jewish traditions also recognize Jesus as being a holy figure. Messianic Jews believe that Jesus was the Messiah. This group, however, still keeps Jewish laws and customs. As such, they do not identify as Christians but as a Jewish sect. Other Jewish traditions may dismiss the idea that Jesus was the Messiah but hold that He was a prophet. To them, Christians simply misconstrued what Christ was trying to teach. In both cases, there is nothing odd about celebrating the birth of Jesus.

Bahai also recognizes Jesus as a great spiritual leader. In a similar fashion, some Buddhists, Hindus and Neopagans see Jesus as a holy man and moral teacher. He is not the Son of God in such traditions, but that does not mean people from those traditions would have any reason to be offended by a Christian hoping that the non-Christian enjoys the day or season when a holy man was born.

Christmas was originally a religious holiday, and it continues to be one at its heart. In modern times, however, it has gained a distinctly secular component. People who have no interest in Christianity and may not hold to any religion at all still hang Christmas lights and put up Christmas trees in their homes. They exchange gifts on Christmas Day and look forward to December 25th almost as much as any Christian. They simply look forward to Christmas for different reasons. Christians get excited about celebrating the birth of the Savior of all mankind. Those celebrating a secular Christmas are filled with anticipation for special time with their loved ones and partaking in once-a-year traditions that may have been passed down through their family for generations.

One could argue whether or not those who practice secular Christmases are engaging in a form of cultural or religious appropriation given that they are simply cherry picking the parts of the celebration or rituals that they enjoy. The fact remains, however, that the secular elements of Christmas are firmly entrenched in American culture. As such, it is most certainly not only Christians who celebrate Christmas. It may only be Christians who continue to celebrate the true and original meaning of the holiday, but they are far from the only ones partaking in the festive season. Christmas is, in many ways, for everyone. Christians, Neopagans and Atheists alike set up Christmas trees. So, they may as well all wish each other a “Merry Christmas.” After all, when they wake up on December 25th to spend time opening gifts with their family, a merry Christmas is exactly what all of them are hoping for this year.
Stephanie Hertzenberg is a writer and editor at Beliefnet. She is a graduate of the College of William and Mary where she majored in Religious Studies and minored in Creative Writing. She maintains an avid interest in health, history and science. 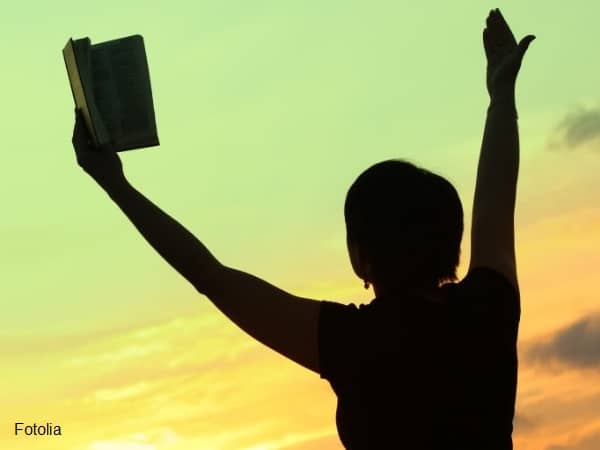