Who Will Save America’s Catholic Schools?

Thousands of parochial schools have closed their doors. Times are tough for private schools that serve the inner city and low-income kids. But is there hope on the horizon?

Some 2 million American children need leaders to act fast to save dying Catholic schools. “Since 2000,” writes reporter Sean Kennedy in the Chicago Sun-Times, “Catholic leaders have shuttered 2,000 schools across the United States, with no end in sight. In February, the Archdiocese of Chicago announced it would join the litany of urban dioceses that chose quitting over reform. Five Catholic schools will be closed and 14 percent of diocese staff will be laid off.

“With few exceptions, this has been the approach taken by dioceses: When a school faces financial trouble and quick fixes prove ineffective, shutter the doors and walk away,” writes Kennedy. “In 1961, Catholic schools educated 5.2 million American children, or 1 out of every 10. Today, there are just as many school-age children, but the Catholic share has fallen precipitously to under 2 million pupils.”

“It has been a somewhat somber Catholic Schools Week for me, since in the Archdiocese of New York we recently announced that 24 of our schools will be closing at the end of this academic year,” writes Cardinal Timothy M. Dolan in a guest editorial in the Wall Street Journal. Annually, “dioceses across the country celebrate the great gifts that are our Catholic schools.” But in New York City, according to the National Catholic Education Association, the closings will join a national trend that has seen Catholic-school enrollment in the U.S. decline by 23.4 percent since 2000, a loss of 621,583 students.

“It is sometimes hard to understand why enrollment has dropped. After all, even the enemies of Catholic education – and, sadly, there are some who wish our schools would disappear altogether – grudgingly admit that Catholic schools are unparalleled in providing a first-rate education that also emphasizes character and virtue.  I have heard from many leaders in business and finance that when a graduate from Catholic elementary and secondary schools applies for an entry-level position in their companies, the employer can be confident that the applicant will have the necessary skills to do the job.”

Joseph Viteritti, a professor of public policy at Hunter College in New York who specializes in education policy, recently said, "If you're serious about education reform, you have to pay attention to what Catholic schools are doing. The fact of the matter is that they've been educating urban kids better than they're being educated elsewhere."

Researchers like Helen Marks in her 2009 essay "Perspectives on Catholic Schools" in Mark Berends's Handbook of Research on School Choice, have found that students learning in a Catholic school, in an environment replete with moral values and the practice of faith, produce test scores and achievements that reliably outstrip their public-school counterparts. “This is why,” writes Dolan, “to the consternation of our critics, we won't back away from insisting that faith formation be part of our curriculum, even for non-Catholic students.”

Diane Ravitch has observed, "A large part of the Catholic schools' success derives from the fact that they are faith-based and that they sustain a sense of genuine community, as well as stability. To me, and I am not Catholic, the success of Catholic schools depends on maintaining their religious identity, that is, keeping the crucifixes in the classrooms as well as the freedom to speak freely about one's values."

“In 2011, the Philadelphia Archdiocese shuttered 20 percent of its schools,” notes Kennedy. “Then newly installed Archbishop Charles Chaput was asked to approve the closure of four more high schools the following year. He said no. He cast about for better solutions. The Philadelphia Archdiocese devolved control of its 17 remaining high schools to a new independent foundation, Faith in the Future, led by Catholics committed to sustaining Catholic education. The group has instituted governance, finance and academic reforms. The collective deficit of the high schools has been slashed from $6 million to $500,000 in one year. Enrollment is up."

Elsewhere, two Catholic elementary schools – Mission Dolores in San Francisco and St. Therese in Seattle – successfully implemented Philadelphia’s model to achieve a financial and academic turnaround. Mission Dolores’ per pupil costs are down 20 percent in two years – and student scores are up.

“Internal reform efforts are already under way in several cities, most encouragingly in Washington, D.C., where Catholic schools hit rock bottom in 1999,” observes Sol Stern in City Journal. “That year, a committee appointed by Cardinal James Hickey looked into the condition of 16 of the diocese’s most financially and academically troubled schools. The committee recommended closing down eight of the schools completely and consolidating the rest into four sites. But Hickey refused to accept what would have been a humiliating defeat for the archdiocese, and instead charged the committee with coming up with a rescue plan."

“What eventually emerged was the Center City Consortium, presently led by innovative Catholic educator Mary Anne Stanton. Fourteen of the troubled schools are now in the consortium, in effect forming a new school district,” writes Stern. “The consortium’s central office coordinates fund-raising, financial planning, and collecting tuition. Stanton brought in research-backed instructional curricula, including the phonics-based Open Court reading program and Saxon Math, which emphasizes fundamental skills. The consortium also took over professional development and teacher retraining. It then developed a public-relations arm and got the word out that good things were happening in the school district. Recently, the Washington Post reported on the consortium schools’ amazing five-year academic and fiscal turnaround.”

“Inner-city Catholic schools around the country should take a lesson from Washington, D.C., and do much more to reform old habits,” writes Stern. “Ultimately, however, the Catholic community alone may not be able to solve its schools’ problems. The consortium schools, it’s important to note, received a substantial financial boost in 2004, when Congress passed a limited school-voucher bill for the District of Columbia. The bill allowed 400 poor students from failing D.C. public schools to transfer into the consortium schools, with vouchers paying full tuition."

“It’s almost fashionable these days for politicians to acknowledge Catholic schools’ history of lifesaving work with poor children. But inner-city schools are now on the brink,” writes Stern. “For 150 years, America’s Catholic schools have helped turn millions of disadvantaged children into responsible, productive citizens, thereby contributing mightily to the public good. Now that serious obstacles are slowing them, will the public – either philanthropists or government – help them stay in the race?”

“It has been pointed out to me that our Catholic schools are a great story,” writes Dolan, “but, maybe because we've been taught that modesty is a virtue, we're sometimes reluctant to blow our own horn. We Catholics must never lose the nerve, the daring and the dream that inspired our ancestors in the faith.” 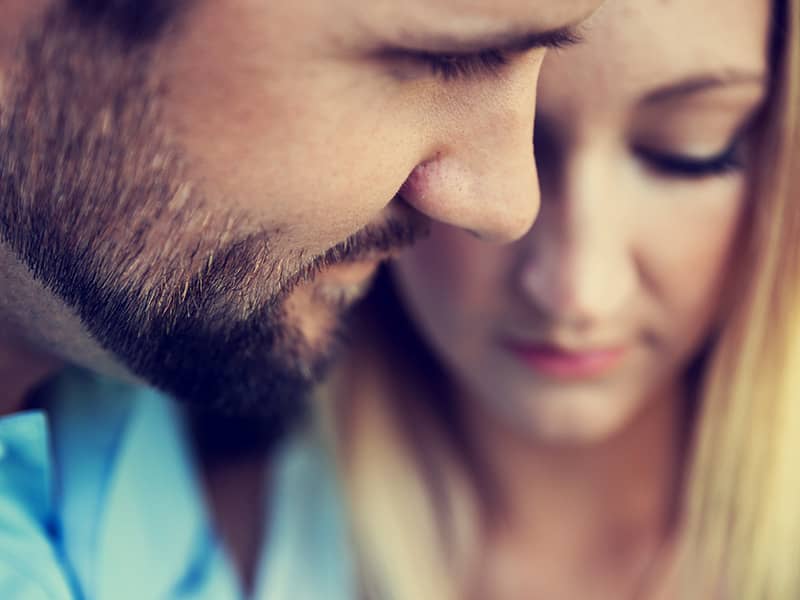 How to Find Out If Your Relationship is the Will of God
When you think you’ve found the right one, always remember the biblical definition of love and how Jesus gave his life for you. Read next feature >