We humans have a very intimate relationship with food. It’s something we need to have everyday and thus struggle to keep close at hand.

We humans have a very intimate relationship with food. It’s something we need to have everyday and thus struggle to keep close at hand. Because so much of life is devoted to acquiring, preparing and consuming it, food reaches mythic proportion in the mind, where it becomes a symbol for other needs and desires. Because we take it into ourselves where it defines us—“you are what you eat”, we try to associate it with the pure, the sublime, the sacred. That’s what we want to be. Here are the best examples of the world’s most cherished foods, some of them probably in your kitchen right now.

Sandra Garson is the author of Veggiyana, the Dharma of Cooking and How to Fix a Leek and Other Food From Your Farmers’ Market. As a longtime student of Tibetan Buddhism and well-known cook for Dharma centers from Maine to Mongolia, she became the first food historian to explore the Buddha’s influence on how the world now eats. This led to exploration of more religious beliefs about food.

Figs may be the oldest known, most sacred fruit. They were first cultivated in ancient Egypt, where heartbroken Cleopatra ended her life bitten by an asp brought in a basket of figs. In Greece, fig leaves were the stuff of mythical modesty, the fruits too precious to export. Figs were holy to ancient Romans because in their city’s founding myth the wolf that nurtured the super heroic twins, Romulus and Remus, rested under a fig tree. A fig tree in the Adam and Eve story makes some Biblical scholars think Eden’s forbidden fruit was not an apple. The Bible associates figs, which resembles genitalia, with lovers in Genesis: “And they sewed fig leaves together, and made themselves aprons... ." And in Song of Solomon: "The fig tree putteth forth her green fig…. Arise, my love, my fair one, and come away."

The world’s most sacred tree is Ficus Religiosa, literally “religious figs” because in Bodh Gaya, India, Gautama Siddhartha meditated under a fig tree with heart shaped leaves to reach enlightenment or “bodhi” and become Buddha. Since then, bodhi trees have been planted around Buddhist temples from India to Indonesia. The banyan trees famously rooted in and intertwined with the Buddhist temples of Cambodia’s Angkor Wat, a species of ficus known as “strangler fig”, are now as esteemed as the surviving temples in that dazzling complex. Aztecs and Mayans used pulverized bark from their strangler fig trees to make paper to record the original Mexican codices. They celebrated these trees so much in poetry and romance, the strangler fig, "amate" became the national tree of modern El Salvador.

Jesus was linked to fish through his miracle of the loaves and fishes, and because he called his disciples "fishers of men." A century after his death, converts linked fish to sacred Christianity by making an acrostic from the Greek for it, ichthys: Iesous Christos Theou Yios Soter, or: Jesus Christ, Son of God, Savior. Since it was already a sacred icon for Greeks, Romans, and other pagans, a fish marking didn’t raise suspicion, so early Christians in danger of persecution used its stylized image to signal meeting places, tombs, and allies. If a Christian met a stranger on the road, he sometimes drew in its dirt one arc of the iconic outline, and if the stranger stooped and drew the completing arc, both knew they were safe among true believers. Now drivers show other cars a fish bumper sticker.

Tofu belongs to Buddhism. Earliest references call this fermented soy curd-- doufu in Chinese and tofu in Japanese, “morning meditation.” Historians think its origin the first Chinese monasteries where new lactose intolerant converts, anxious to please Indian teachers, struggled to create something like the dairy protein (paneer and yogurt) Indian monks depended on. Since monasteries were the first Chinese restaurants, the commercial eateries that followed copied and popularized their food, leading the avidly carnivorous Chinese to consider vegan tofu the distinguishing symbol of spiritual purity. The first Japanese converts returning from China brought “morning meditation” with them. When Zen monasteries offered public meals, the public was more interested in soybean curd than Dharma and it became a craze. When ‘60s spiritual seekers brought it back as part of their new Zen practice, Americans substituted the word “tofu” for “soy bean cake” and started eating it too.

Those sesame seeds on a hamburger bun are the world’s oldest and most treasured kernels. Over 5,000 years ago, the Chinese burned sesame to create their black calligraphy ink. Assyrian stone tablets say the gods indulged in sesame wine the night before they created Earth. Buddhists see sesame as the life-sustaining earth element, a perfect symbol for human activity that purifies/destroys the unwholesome—small efforts yielding big results. Everyone’s logic comes from this seed’s awesome nutrients. It provides more sustenance than a piece of steak, has more calcium than milk, and as much iron as liver. Sesame is a cornucopia of protein, crucial minerals, B vitamins, omega-6 fatty acids and potassium. All this nutritious treasure buried in that miniscule seed explains why Ali Baba got into that cave filled with precious riches by famously chanting: Open Sesame!

The Qur'an calls the date palm the "blessed tree" because the Prophet built his mosque in Medina using its trunks for pillars and its fronds for a roof, and because Muhammad is said to have survived for months on just dates and water. Since Muslims value the Prophet's life and try to emulate him, dates are sacred. It’s said in the Hadith, a house without dates is a hungry household, and that Mohammed declared if one consumed seven dates served with water every morning, one would be protected from disease and evil. Thus Arabian hospitality is symbolized by a variety of fresh dates carefully arranged like precious jewels on a fancy plate. The date palm is also part of Saudi Arabia’s national emblem.

In the Mahabharata, the epic Hindu creation myth, Bhishma declares no sacrifices can be made without butter. Butter is particularly sacred to Hindus as a symbol of the purity to which they aspire. It comes from the cow, sacred because it magically transforms solar energy (sun and grass) into protein, and because obtaining milk does not violate the Mahabarata’s message: "Nonviolence is the highest duty and the highest teaching.” Also great diligence and patience are needed to churn thin white milk into thick, rich golden butter, a spiritual-coaching lesson, a reminder we all harbor richness within. Hindus often use butter as ghee, its cooked and purified form officially known as “clarified butter”, which reminds them fire and careful cooking are required to purify—the spirit as well as the supper. 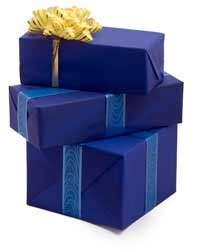