Here are some popular games to play to create a fun family game night.

Not an artist? No worries. This game is actually more fun if you can’t draw. Get ready for loads of laughter when your team can’t decipher if what you’re drawing is a banana or an airplane! You can create your own game set with a white board and some fun words to draw written on small pieces of paper, or you can buy the actual Pictionary game.

You can never go wrong with a classic game like charades. Simply split into teams and then have one person from each team act out a movie, book, or TV show to see who can guess the answer. This is a great game for introverts who want to be less shy.

An alternative to playing a game is to do a puzzle. This will give you a good opportunity to talk and catch up with family and friends instead of only discussing what is going on in the game. Puzzles come in a wide range of prices, but you can find some pretty good ones at your local dollar store.

Twister is a game of physical skill produced by Hasbro Games. It is played on a large plastic mat that is spread on the floor or ground. The mat has four rows of large colored circles on it with a different color in each row: red, yellow, blue and green. A spinner is attached to a square board and is used to determine where the player has to put their hand or foot. The spinner is divided into four labeled sections: right foot, left foot, right hand and left hand. Each of those four sections is divided into the four colors. No one can share the same spot on the mat.

Candy Land is a fun board game for younger children. 2 - 4 players are allowed. Due to the design of the game, there is no strategy involved - players are never required to make choices, just follow directions. A "winner" is predetermined only by the shuffle of the cards.

Sorry! is a board game that is based on the ancient Cross and Circle game Pachisi. Players try to travel around the board with their pieces faster than any other player. Sorry! is marketed for two to four players, ages six through adult. The objective is to be the first player to get all four of his or her colour pawns from his or her Start location to his or her Home space.

Jenga is played with 54 wooden blocks. During the game, players take turns to remove a block from a tower and balance it on top, creating a taller and increasingly unstable structure as the game progresses.

Uno is a popular card game that consists of 108 cards, of which you will have 19 of each color. Each card represents a number and players must use a wild card/pass card or use the corresponding number card that they have. The game is good for ages 7 and up.

Scattergories is a creative-thinking category-based party game produced by Hasbro through the Milton Bradley Company and published in 1988. The objective of the 2-to-6-player game is to score points by uniquely naming objects within a set of categories, given an initial letter, within a time limit.

Monopoly is an American board game published by Parker Brothers. The game is named after the economic concept of monopoly, the domination of a market by a single entity. The Monopoly game board consists of forty spaces containing twenty-eight properties (twenty-two colored streets, four railway stations and two utilities), three Chance spaces, three Community Chest spaces, a Luxury Tax space, an Income Tax space, and the four corner squares: GO, (In) Jail/Just Visiting, Free Parking, and Go to Jail.

Over the years, several versions of Monopoly have been released. Monopoly is a fun game that is good for ages 8 and up; unless you purchase a version that is for smaller children. The game can last anywhere from 1 - 4 hours. 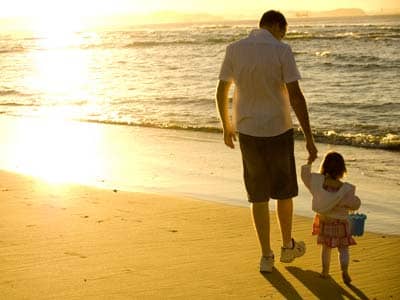 Inspirational Quotes to Celebrate Father's Day
Honor the men in your life with inspiring Father's Day quotes that celebrate special dads and father figures. Read next feature >
Angela Guzman is a contributor for Thrive Global  and also a regular contributor for Beliefnet. She is a lover of words and a media enthusiast. When she's not writing, she enjoys long walks at Target,  iced coffee and naps.