There’s more to good luck than a rabbit’s foot or four-leaf clover. As the year changes, we pull out all our superstitions about super foods to eat on New Year’s Eve and Day to supersize our chances in the year ahead. 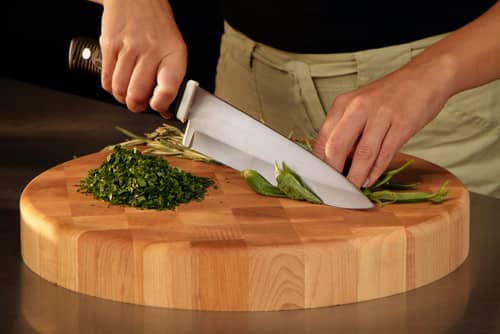 There’s more to good luck than a rabbit’s foot or four-leaf clover. As the year changes, we pull out all our superstitions about super foods to eat on New Year’s Eve and Day to supersize our chances in the year ahead. In Peru, for example, people believe eating gold-colored food like papas a la huanchaina, potatoes colored by turmeric or a local saffron-like spice called tadillo, will bring money to their pocket. People in the South serve cornbread for the same reason. Here are some of the New Year’s most popular and traditional lucky foods.

Sandra Garson is the author of Veggiyana, the Dharma of Cooking and How to Fix a Leek and Other Food From Your Farmers’ Market. As a longtime student of Tibetan Buddhism and well-known cook for Dharma centers from Maine to Mongolia, she became the first food historian to explore the Buddha’s influence on how the world now eats. This led to exploration of more religious beliefs about food. 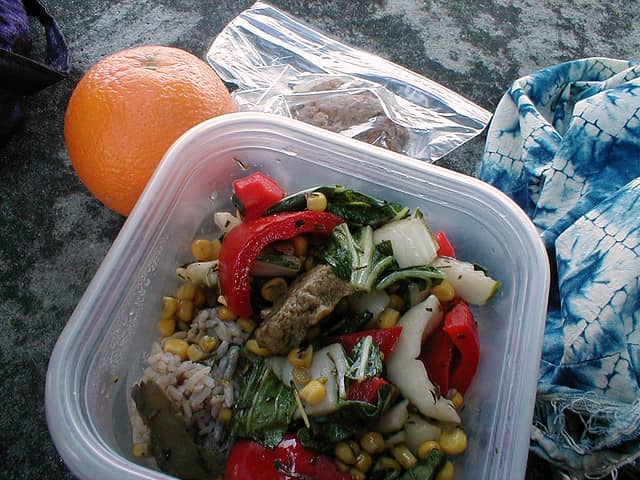 Lentils remind people of coins, piles of them in one purse. When cooked, they swell, and since Roman times, this has brought to mind growing wealth. So in Italy, and across the ocean in Brazil, eating lentils on New Year’s Eve or Day is supposed to bring good fortune in the months ahead. While a hearty bowl of lentil soup qualifies, Italy’s most popular first dish of the year includes another favorite good luck food, pork (see below). A platter of Cotechino al lenticchi features slices of boiled cotechino, a special salami-like sausage from Modena, atop warm, well-seasoned lentils that were cooked in its water. 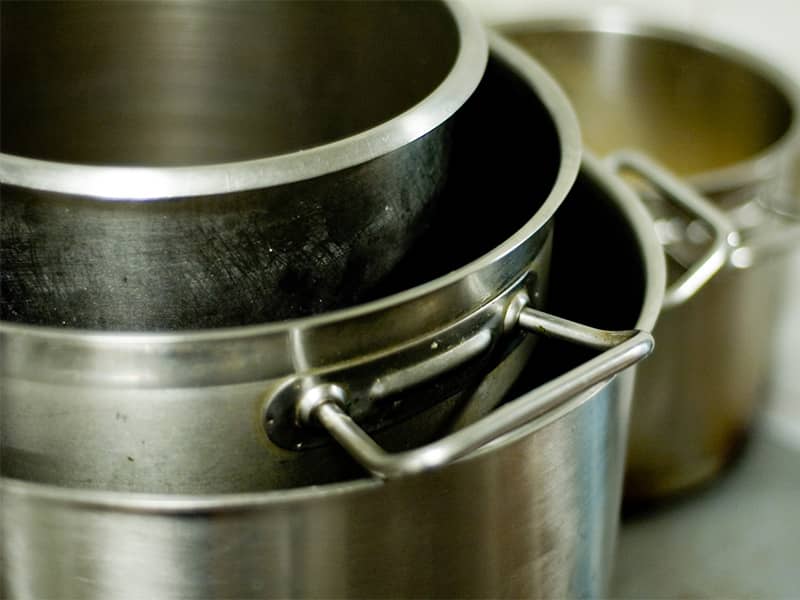 People in West Africa, the Caribbean and the American South call these lucky peas because they seem to resemble coins. The most famous and traditional way to serve them is slow cooked with ham hocks or salt pork and rice into a dish called Hoppin’ John. Southerners believe eating something humble like this as the first food of the New Year, say at the stroke of midnight, rewards your lack of indulgence and arrogance with riches in the months to come. The actual saying is: Eat poor that day, eat rich the rest of the year. Rice for riches and peas for peace. Whether served alone or in Hoppin John, lucky peas are usually accompanied by three other lucky foods: pork, collard greens and cornbread whose color symbolizes wealth from gold. 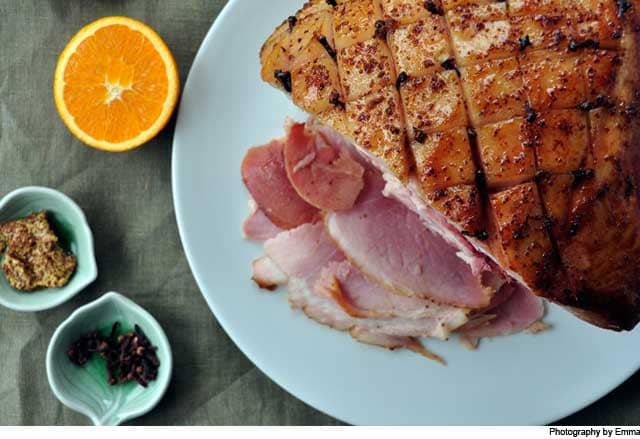 People associate progress with pigs because in contrast, say, to lobsters that crawl backward and chickens that scratch behind, pigs only move ahead. They put their snout to the ground and dig forward without ever turning back. So pork is believed to be a perfect food to propel you into the New Year. Plus, the pig’s fat signals abundance. That’s why Italians serve sausage with their lentils and American Southerners put ham in their lucky peas. The traditional centerpiece of an Austrian New Year’s feast is a whole roast suckling pig and in England or Scandinavia it’s a whole ham. People also consider pork a lucky New Year’s food because having a pig to slaughter at the end of the year used to guarantee the good fortune of food in the new one. 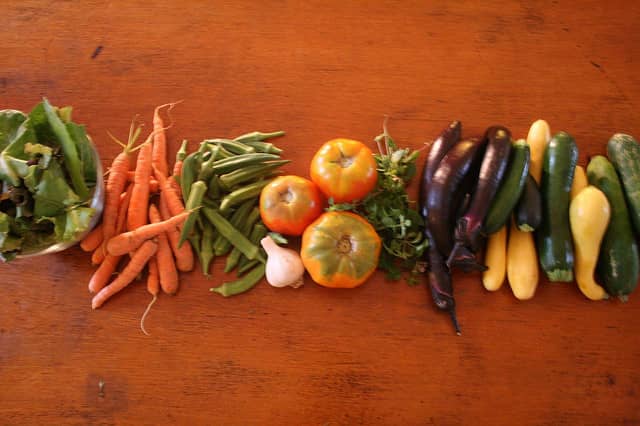 Collards, cabbage, kale… these greens are excellent promoters of good health, and also the color of paper money. So the more greens you eat on New Year’s Eve and day, the more greenbacks and good luck the year will bring. Sometimes people mix their greens with beans and lentils that represent coins. In the South, Hoppin’ John is traditionally served with a side of collards. In Germany and Pennsylvania Dutch country, the New Year is greeted with ham and pickled cabbage, aka sauerkraut, because accepting sourness is supposed to encourage Fate to balance it with a sweet year. Also the long strands of sauerkraut symbolize long life ahead. It helps that these greens blend well with yet another food believed to bring prosperity, pork. 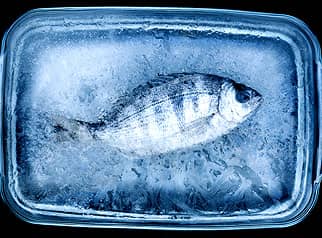 Fish are considered lucky three ways: their silvery scales shine like coins; they swim in groups whose abundance represents prosperity; and they move forward, symbolizing progress. To ensure a good year from start to finish, the Chinese deliberately serve their fish with head and tail intact. In Germany, Poland and Scandinavia where herring is traditionally abundant, people eat it at the stroke of midnight to ensure a year of great bounty. Around the Mediterranean, people eat salt cod dishes on New Year’s Day. 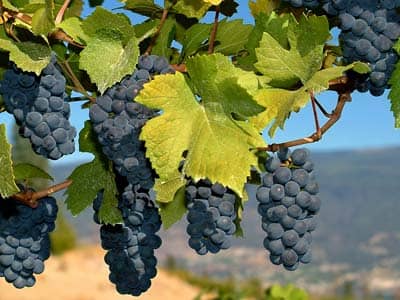 In Spain and Portugal, and in some parts of Mexico, at the stroke of midnight everyone quickly eats 12 grapes, one representing each month of the year to come. So if, per chance, the third grape is sour, March could be a troublesome month. And if, say, the seventh grape is extra sweet and juicy, July will bring joys. Anyone who can swallow all 12 grapes before the clock stops chiming is supposed to merit extraordinary good fortune. 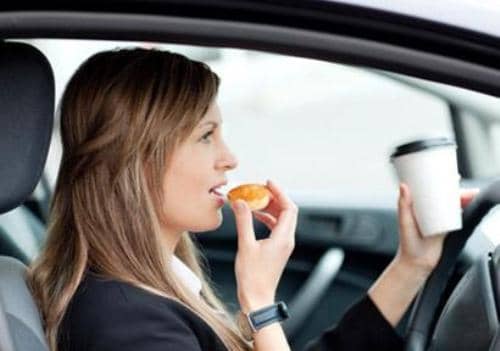 Even bagels work here because the idea behind eating ring-shaped baked goods on New Year’s morning is to acknowledge that the year has come full circle. Time has no defined beginning or end; the calendar keeps going around. January 1 is Dutch doughnut Day. Greeks make a special lemon cake known as vasilopita, with one coin baked inside baked, like the Epiphany Cakes of France. Whoever finds the coin gets a year of good luck. 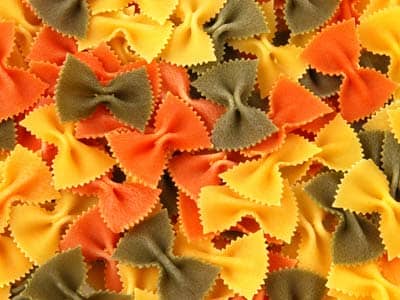 New Year’s tradition in Japan requires slurping up soba noodles, special extra long soba noodles that must be swallowed without breaking to guarantee a long life and full year. Tibetans serve those annoyingly endless vermicelli or glass noodles, they call ping, for the same reason. 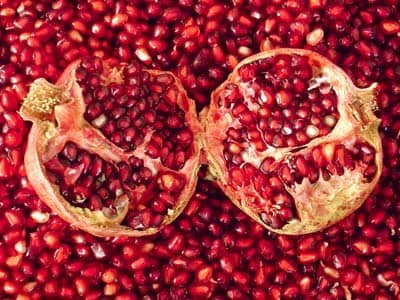 Some people claim all round fruits are lucky to eat for New Year, but in Turkey, only the pomegranate symbolizes the possibilities of good fortune because it represents everything everyone wants the year to bring. For starters, the fruit’s red color, being the same as the human heart, symbolizes life itself. Its medicinal and nutritional properties speak for good health. And of course those abundant seeds called arils represent fertility and prosperity. 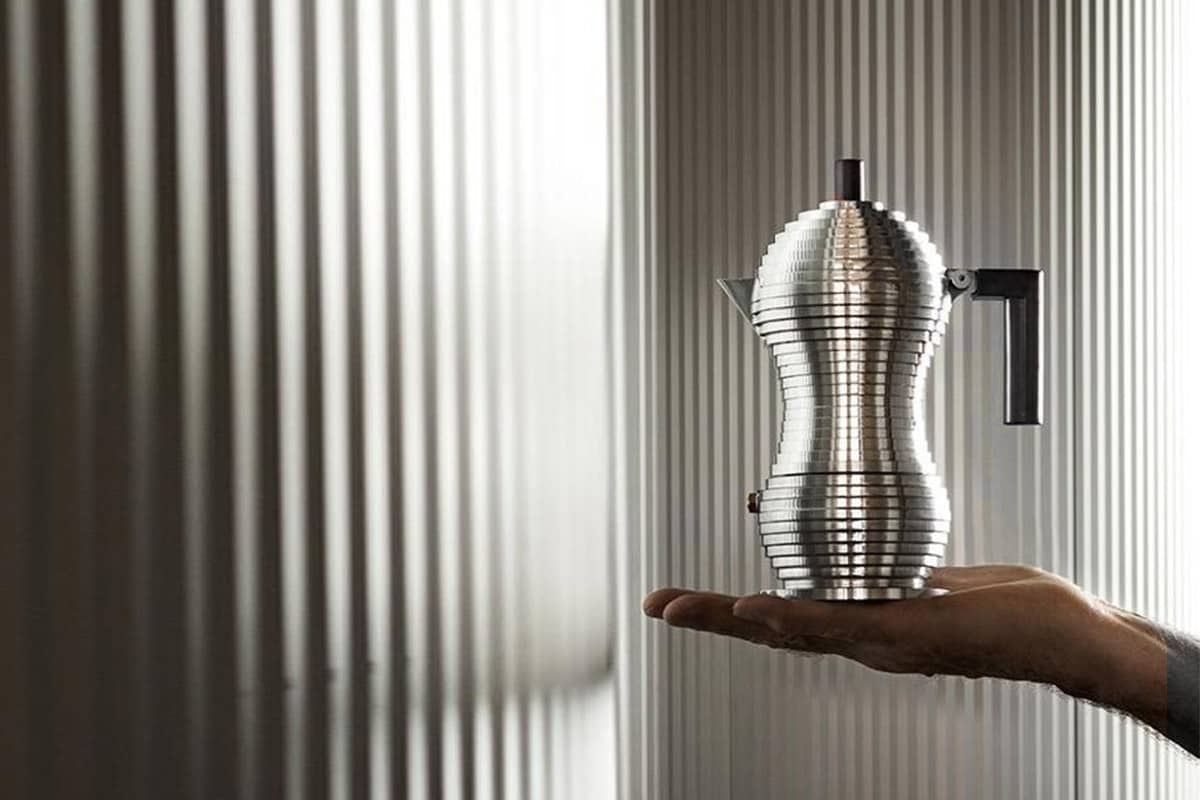 Pulcina makes art out of your morning espresso. Read next feature >