Celebrity Baby Scoop recently had the chance to catch up with star parents – such as Lisa Ling, A.J. McLean, and Desperate Housewives alum Neal McDonough – and ask about their Halloween plans. 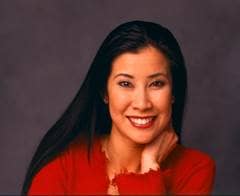 Celebrity Baby Scoop recently had the chance to catch up with star parents – such as Lisa Ling, A.J. McLean, and Desperate Housewives alum Neal McDonough – and ask about their Halloween plans. Neal McDonough, father of four with one on the way, shared his family’s plans to go trick-or-treating. “Catherine is going to be a policewoman, because we need some order in the house. [laughs] Morgan is probably going to be a little pumpkin. Trick-or-treating is our favorite part about Halloween.”

Neal’s wife, Ruvé, also opened up about how she balances family life at home.

“It takes a village,” Ruvé admitted. ”My husband is the most amazing father in the world. The kids also help out a lot and are my little babysitters. I have a lot of love, nurturing, and discipline. It’s also all about having a schedule and routines. You have to make sure there is a bath at 6:15p.m., dinner at 5:30 p.m., and a martini at 8:30 p.m.” [laughs]

Our America host , mother to seven-month-old daughter Jett, talked about how her first year of motherhood is going.

“Jett has been so awesome,” Lisa shared. “I feel so blessed, because she is such a great baby. There are times where she is really tired and goes berserk, but, in all, she’s been a really good baby.”

Lisa also chatted about her plans for her first Halloween with Jett.

“I don’t know yet. My husband and I were just talking about what we are going to dress Jett up as. Let’s just put it this way…it won’t be anything sexy. [laughs] I live in Santa Monica and trick-or-treating is a big deal in that area. I will definitely take her out around the community and neighborhood.”

And what is she working on right now?

“I am working on my OWN series, Our America, and our fifth season is in the middle of production right now,” Lisa shared.

We also caught up with Backstreet Boy A.J. McLean about his plans for his daughter Ava’s first birthday party.

“We are probably going to throw an Alice in Wonderland mad tea party type of deal. I am not sure if I will be the Mad Hatter, but it will be fun!”

And what does he and his family have planned for Halloween?

“I am actually going to be home this year for Halloween, so we’re trying to figure out what we’re going to do as a family,” A.J. shared. “We all call each other monkey, so we might be a family of monkeys. I also thought it would be cool if I was Mario, my wife was Princess Peach, and my daughter was Toad from the Mario Bros. [laughs] What I really want to do is be Jack, Sally, and Zero from the Nightmare Before Christmas. My wife is a hair stylist and a makeup artist, so she would hook us both up perfectly.”

“Let’s see…we are starting our own clothing line and a jewelry line right now. That will be something new, and there is also a brand new drink product I am involved with called Exhale. It is the opposite of any kind of energy drink; it’s anti-stress and promotes mental focus. Aside from that, we are going to start touring, because it is the Backstreet Boys’ 20th anniversary. It’s a busy, busy year for us.”

Sons of Anarchy actor and father-of-one Kenny Johnson stopped by to chat about his family’s Halloween plans.

“We usually go to Park La Brea, because it’s very kid-friendly,” he said. “They get about two thousand people through there every year because it’s a gated community. We will also look for pumpkins and freaky-looking people! [laughs] My daughter wants to be Belle and I am going to be the Beast!”

He also talked about his upcoming projects.

“I just finished working on Dexter, and their final episode just aired, I did the last four episodes of that show. I also just got back from working on Bates Motel up in Vancouver with Vera Farmiga, who was nominated for an Emmy Award this year. It’s such a great show! I worked on season two for that and it went really well.”

Lab Rats actor and father-of-one Hal Sparks updated us on his Halloween plans with his two-and-a-half-year-old son, Camden.

“I have an Iron Man suit for him, which is very exciting,” Hal shared. “At two-and-a-half, he’s kind of new to the whole prospect of Halloween. I am not going to commit him to trick-or-treating that early, but we will introduce him to the concept. The idea of going door-to-door while everyone is dressed really strange all of a sudden might scare him a little bit.

Picture this: you are just getting used to this place; you landed a little while ago from Planet Baby, you’ve been naked 80% of the time, and people are just starting to slap clothes on you occasionally, and mostly against your will. You aren’t even sure how to get the clothes on yet, and you just figured out how to put your hands through sleeves. You typically wear a shirt, pants, diaper, socks, and shoes, and that is your whole world. Now… someone wants to put a helmet on you and walk you around the neighborhood filled with people who suddenly look like monsters. That’s pretty freaky!”

And what are his upcoming projects?

“We just started season three of Lab Rats, so I am going to work on that for the next foreseeable bit,” Hal shared. “I am directing episode twelve this year, which is my first time directing on the show. Also my band Zero 1 and I have our second album coming out soon, which is called The Sacred Nothing. We’re also doing an EP called Monsterversity, which features cover songs of six different artists that were banned for six different reasons. It tells the story of why they were banned. Aside from that, I am doing stand-up comedy. I will soon be at Arizona State University, then two weeks after that I will be in Denver. I am also going to be just hanging out and doing nothing.”

“It’s funny…my wife was at baby class last night and they apparently have Halloween,” Tom shared. “She pulled up all these costumes on the Internet and got ecstatic about dressing Jaxson up for Halloween. It is exciting! For many years, we tried to have a baby and would always get sad when trick-or-treaters stopped by our house. We wished we could be out there too! This year is going to be so great. Even though our son is going to be very small and won’t remember it, it will be such a wonderful experience.

“I start a movie in two weeks and I’m shooting a pilot next week with the Duck Dynasty producers. Another movie I am in, Jewtopia, just came out and my movie Pulling Strings comes out on October 4th. Just a bunch of this and that, as well as stand-up comedy.”

Grammy-nominated singer Kelly Price also stopped by to chat with Celebrity Baby Scoop about what she loves about being a mom.

She also shared what she plans to do with her one-year-old granddaughter, Sydnee, for Halloween.

“Oh my gosh, I haven’t decided yet,” Kelly shared. “My granddaughter is young, as she’s only one year old I am trying to figure out what to dress her up as. She wears a tutu almost every day and absolutely loves it. We will probably go with something princess-y. She had Princess Tiana at her first birthday, so maybe we will dress her up as that.”

And what is the talented R&B singer currently working on?

“I am working on a television show right now called Too Fat For Fame,” Kelly said. ”I just finished the first casting round. I have always been plus-size, and it is really difficult in this industry to be plus-size and really be able to hit hard. I’ve been blessed to be Grammy-nominated and still be able to succeed in this business. Too Fat For Fame is a reality show I created, where I provide a platform for plus-size people who want to be in the business. No skinny people allowed!” [laughs]

Actress Shirly Brener, mother to daughters Mila, 7, and Journey, 1, also shared what she is currently working on.

“We are on an Israeli reality show called Connected and just came back from Israel to promote the show,” Shirly shared. “We’ve been shooting the show for a year, which has been super intense. It’s an Israeli format that was developed there and sold to 20 different countries. It’s won the equivalent of an Emmy and Golden Globe in France, Denmark, and in India. The show focuses on five celebrities from different countries, and their lives are self-documented for a year. The show has five stories that are intertwined for 35 episodes, so it’s a huge order. We shot the show ourselves, where we held the camera, had two production cameras, a producer, and a director that channeled us. That has been the epicenter of our lives and I also just shot a pilot for Comedy Central, which was the first time that I worked with puppets! The show is comedic and sketched like Saturday Night Live with a Mad TV theme. I play multiple characters on it. It was super interesting to act with puppets!

I am also on a digital series about zombies called Chronicles of the Dead. Ever since the success of The Walking Dead, there have been many spin-offs. In Chronicles of the Dead, I play a powerful CEO who’s trying to take over whatever is left over in the post-apocalyptic world. From acting with puppets to acting with zombies, to being a reality star (which was a trajectory that I never thought I would take), it’s been a very interesting year.”

And what does she plan to do with her family for Halloween?

Also at the event was Devious Maids actor Matt Cedeño, who just welcomed his first child, a son named Jaxon. He told Celebrity Baby Scoop about his experience in being a first-time dad.

“It’s all still a little surreal to me,” Matt said. “It almost feels like I am on an extended babysitting job, but it’s starting to sink in a little more each day. Every moment is gratifying. We just had Jaxon’s first social smile a few days ago. He always smiled while sleeping and he is very pensive in his waking moments. We were making goofy faces at him and he finally smiled!”

And what else has he been working on?

“We finished season one of Devious Maids and season two starts in January,” the talented actor said. “There is also an independent film in November that I’m supposed to do, as long as the funding for it doesn’t fall through.”

CelebrityBabyScoop.com is one of the most popular blogs on the topic and the foremost provider of everything celebrity-baby, featuring baby fashion, baby names, baby trends and up-to-the-minute celebrity baby gossip and pics. Get all the latest news, updates, and photos about Hollywood’s most beloved celebrity moms, dads and their babies. Who’s the latest Tinseltown baby? Who’s due next and who just announced a pregnancy? It’s all on CelebrityBabyScoop.com.