Why this popular expert bases his parenting advice on the Bible and thinks psychology is satanic. 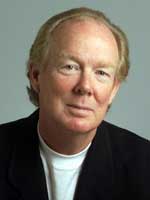 John Rosemond has worked as a psychologist with families, children, and parents since 1971. The author of 11 books, including the best-selling "Parent Power" and "Teenproofing," Rosemond is one of the most popular parenting speakers in the U.S., and his column is syndicated in some 225 newspapers nationwide. He spoke with Wendy  Schuman, Beliefnet's family editor, about why he believes Grandma's wisdom and the Bible are the best sources for parents.

You’re a psychologist, and yet you say psychology has had a damaging effect on parenting. Why?
In the 1960s we embraced a psychological paradigm of parenting that is 180 degrees removed from the biblical paradigm that prevailed in American prior to that time. And the evidence is clearly in that the psychological paradigm isn’t working.
It’s based on two fallacious ideas, one that high self-esteem is a good thing, and that we should help our children acquire it. It’s shocking to today’s parents to hear someone say that high self-esteem is not a good thing, but the research finds that high self-esteem is associated with pathological behavior. People with high self-esteem tend to have very low respect for others. Before we embraced the psychological paradigm in the 1960s, humility and modesty were ideals in American culture, and they are completely removed from the high self-esteem ethic.
The second false idea that that behavior modification works as well on human beings as it does on lower forms of life, animals like rats and dogs, which is really subtle evolutionary propaganda, the notion that the same principles that govern the behavior of an animal also govern the behavior of God’s most special creation.
These two ideas have created the parenting problems that today’s parents are struggling with. This is the source of their problems.
Doesn’t having self-esteem make you more self-confident?
There’s no evidence whatsoever that people who are humble and modest lack the belief that they are capable of rising to life’s challenges adequately. But there is lots of evidence that people with high self-esteem do not assess their own abilities accurately and are likely to take very unnecessary risks.
I will turn to an audience of parents and ask, “Would you rather have a 16-year-old who’s just obtained a driver’s license have high self-esteem or be humble and modest?”  If you simply address people’s common sense, people go, “Oh wow, I’d rather have a humble and modest 16-year-old.”
You were a mainstream child development expert some years back. But now you are much more Christian in your approach. Why the change?
I started out as a mainstream person back in the mid-1970s when I first began writing my newspaper column and began to realize that the tenets of psychological parenting were not working, that they were not based on any good research, that they did not fit with common sense.
The real epiphany concerning all of this came about seven years ago. I became a follower of our Lord and a believer, a bona fide believer. Before that, I was a cultural Christian. I began really examining scripture and seeing that not only is the psychological paradigm not supported by good research and doesn’t match common sense, but it’s also anti-biblical. And that was really the nail in the coffin for me.
In your new book, Parenting by the Book, you say that psychological parenting is a manifestation of the serpent, or Satan’s effort to undermine God. Do you mean that literally?
I mean that literally. I think that the serpent manifests itself in every generation, in every time. And that its purpose is always to convince the young people that the model set by their parents is an invalid model, that their parents have not told them the truth. And in this case, it was really my generation that was persuaded of this—that the way we were raised was psychologically harmful.
My generation—I’m 60 years old this month—was the first generation in any culture, in any time, to break with the parenting pattern established in the culture. It has been the ruination of parenting in America. And my job, as I see it—it’s really a call—is to go around the country and recruit people back to an understanding of the biblical paradigm.
How can you tell that kids are worse off today than they were in the ‘50s?
Children today are doing things that a person raising children in, say, the ‘40s or the ‘50s could not have envisioned children doing. For example, there’s an epidemic of children assaulting their parents physically when their parents don’t do what they want them to do. And this is something that would have been unimaginable to a parent 50 or 60 years ago. It was unheard of for a child to be throwing tantrums in public places past the age of two-and-a-half or three. Today it’s not unusual in a shopping center on any given day, to see a six or seven or eight-year-old throwing a wild tantrum because his parents won’t buy him something that he wants.
These sorts of things are, to me, symptoms of something terribly wrong in our parenting practice in America. Not terribly wrong with parents, and I want to make that very clear. [But] the psychological paradigm is very complicated and generates a tremendous amount of stress, whereas the biblical paradigm is simple, it’s direct, and it confirms common sense.
Could you give me an example of the psychological versus the biblical approach to the same problem?
Take toilet-training. The psychobabble prevalent today would have it that if you attempt to toilet-train a child below the age of two, that this is going to be premature and is going to cause the child psychological problems. So parents today are waiting for the child to demonstrate that he is ready to be toilet-trained. The average age of toilet-training has increased from about 22 months to almost age three today. And parents are having tremendous problems trying to toilet train three-year-old children.