What Good Are Godparents?

After a child's baptism, where, oh where do the godparents go?

Catholics know godmothers and godfathers are neither grantors of all our wishes nor organized-crime bosses, Disney and Hollywood depictions notwithstanding. But the role of godparents has gotten a little muddy in recent generations. Too often they are mere liturgical accessories on a child's Baptism day, according to a survey of U.S. Catholic readers and Web site visitors. That's a shame, because the godparent relationship can be one of spiritual support, encouragement, and mentoring--not to mention friendship.

"I find the meaning of this relationship to be mostly forgotten today, and that's too bad," says Donald Williams of Calistoga, Calif. "For me, it was important that there was somebody outside my immediate family who had a special concern for me."

Several survey respondents told glowing stories about how important their godparents had been in their lives and in their spiritual development. But the majority lamented that they had little or no relationship with the people who had served as special witnesses at their baptism. A sizeable number said they didn't even know who their godparents were.

More than half said they thought that godparents were little more than ceremonial participants at a baptism. More indicting was the tiny number (only 3%) who believed godparents make a real effort to participate in the child's religious upbringing--which is, after all, what godparents pledge to do.

Both parents and societal influences--such as increased mobility--share the blame, readers say. Although godparents should try to be more than just annual gift-givers, it's also true that parents often fail to choose their child's godparents wisely, opting instead to placate family members or to honor friends--people who may or may not have much religious commitment.

What to look for
A godparent should be a person of deep faith, prayer, and spirituality, according to a consensus of readers. A large number also cited the importance of being an active Catholic, though others put the ability to "walk the talk" above institutional commitment.

Other desirable qualities for godparents include a sincere interest in the child, good listening skills, nonjudgmental acceptance, stability, high moral character, and a capacity for being a role model. It helps if they have a good understanding of the sacrament of baptism.

According to canon law, godparents represent the community of faith at the baptism. Their function after baptism is to serve as proxies for the parents if they are unable or fail to provide for the child's religious training.

Survey respondents overwhelmingly agree that the biggest mistake parents make when choosing godparents is selecting family members out of a sense of obligation or to honor them, without considering the person's faith or church involvement. Also criticized were parents who choose godparents based on their possible financial--rather than spiritual--contributions to the child.

Some believe choosing a family member helps facilitate a lifelong relationship, while others believe it's best to choose someone outside the family.

"Family members already have a relationship with the child, and that often obscures the role of godparent," says Pat Sykora of Tustin, Calif.

Readers were nearly unanimous about godparents' biggest failure: not taking their role seriously, especially once the ceremony is over. "Too often they become only gift-givers and not faith-sharers," said one reader from Missouri.

Nurturing a lifelong bond
Many had fond memories, especially of their godmothers.

"I remember being welcomed into my godmother's home regardless of what she was doing or how disruptive my visit may have been," say Carol Thee of Hackensack, N.J.

"My godmother was at every major event of my life," remembers a Massachusetts reader. "She always introduced me to others as 'my godchild.' She was very proud of that."

According to readers, godparents are most often taught by example. Faithfulness during difficult marriages, illness, and other trials were among the lessons from their godparents. Respondents also say they learned generosity, family loyalty, and trust in God.

In addition to the traditional gift giving, many godparents have come up with creative ways to nurture the godparent-godchild relationship. Spending quality time together seems to be key. Some say they meet for regular dinners, attend Mass together, or keep in touch with Sunday-night phone calls or by e-mail.

Maintaining communications is especially important during the teen years.

"We have spent a significant amount of time discussing faith, talking about the Catholic Church, working through questions and doubts this young person has experienced regarding her faith journey," says godmother Regina Ratzlaff of Hamilton Square, N.J. 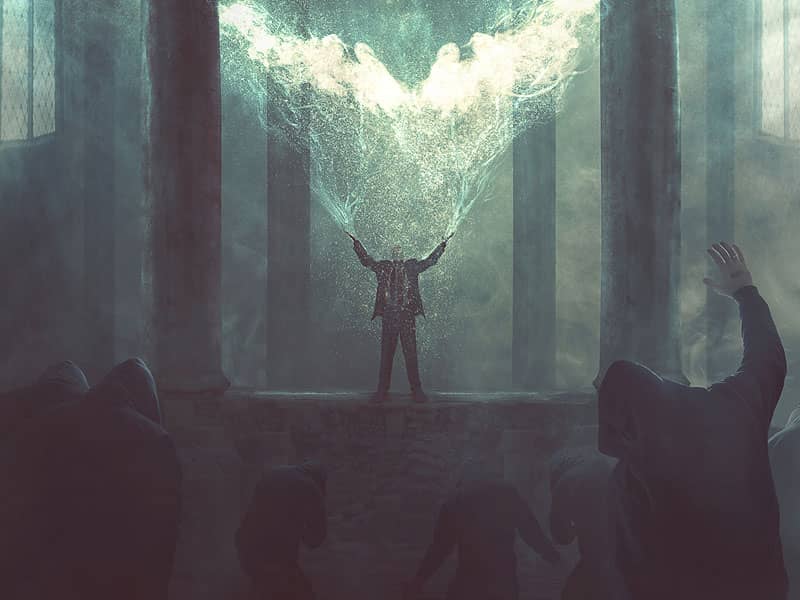