Turning Your Misery Into Ministry

Learn how God can speak to others through your hardships with an examination of Pat Smith's book, "Second Chances".

What does it mean to be offered a second chance? Often, bad choices, inexperience, or sheer chance leads us down a path of tragedy. We pick ourselves up, choose a different path, and hopefully learn from the experience. We sometimes glance back at the ruins of the past, but it’s just that—a glance. We turn back around, try to forget, and keep moving forward. After all, what good are ruins?

Percy Shelly, in his 19th century poem, “Ozymandias,” tells of a traveler who comes upon a great, ruined statue of a king in the desert, its shattered head lying, half-buried, and its body long since eroded away to two huge legs rising from the sands. At the base of this statue is a pedestal that reads, “My name is Ozymandias, King of Kings; Look on my Works ye Mighty, and despair!”

This intricately carved, enormous, yet broken, statue was once a sign of human arrogance, meant to strike fear and despair into the hearts of witnesses through a show of power. But now, to the traveler in the poem, it is a lesson, a testament to the impermanence of man’s achievements. Even the kingdom of Ozymandias, whose likeness and success were captured in massive stone by a master sculptor, was reduced to sand by the ravages of time.

As for those looking upon the crumbling remnants of his work—yes, they do despair as Ozymandias wished them to, but not because of his power. It is because what they gaze upon reminds them of their own mortality, and this humbles them. They learn from the ruin. It is unlikely that any could look upon the statue of Ozymandias and remain arrogant.

We all have our own ruins in the desert, and oh, what effective teachers they can be when we use them willingly. Patricia “Pat” Smith, founder and spokesperson of Treasure You, the first African-American woman to win the Miss Virginia USA title, and wife of Pro Football Hall of Famer, Emitt Smith, recounts the story of the hardships in her past, her subsequent second chance, and how she came to successfully use the ruin in her own past to minister to those in the present, in her inspirational book, “Second Chances”.

It all began with a simple, yet life-changing question. “How can God use me?”

Jakes’s response? “Your misery can become your ministry."

Smith is no stranger to misery. One of the greatest blows to Smith’s life came when she was 22, as she was preparing for the 1994 Miss USA competition— she tragically lost her mother to breast cancer. In her book, she writes that she felt, at the time, that she “wasn’t whole,” anymore without the structure and guidance provided by her mother, that she was now broken without her. Despite this, Smith went on to become the first runner-up of the Miss USA Pageant, which, in an interview with Beliefnet, she says she called “first loser,” at the time. It was another blow to her self-esteem, driving her deeper into feelings of worthlessness.

In her twenties, Smith found herself talking to a young Martin Lawrence at a club, and later talking with him on the phone through the night. The actor of “Bad Boys” fame, she felt, made her feel special, and filled the void that had lingered since the death of her mother. Smith writes that “instead of turning to God and allowing Him to heal me, I turned to Martin and expected him to repair that hole in my heart.”

But after only eighteen months of marriage, things began to unravel. Arguments began. Not wanting to go alone, she quit going to church. And then, one night, with a word from God, she suddenly realized that it was time to leave, took her child, and left the house. The separation would go on to become permanent, ending in divorce. In her book, she writes that, as a result, she quit believing she “was worthy of love”. Again, Smith had lost her security, her guidance.

It wasn’t long, though, before Smith began to turn these miseries into ministries, and did so in every sphere of her life, from the smallest, her family, to her largest—the world.

C.S. Lewis often spoke of a longing that all people feel, of the innate desire for God that we often fill with family and love interests and money and power—anything but His divine presence. C.S. Lewis frames this desire most beautifully, writing that, “These things—the beauty, the memory of our own past—are good images of what we really desire; but if they are mistaken for the thing itself they turn into dumb idols, breaking the hearts of their worshipers. For they are not the thing itself; they are only the scent of a flower we have not found, the echo of a tune we have not heard, news from a country we have never yet visited.”

In “Second Chances,” Smith illustrates an all too common problem, writing that “Growing up, I went to my mother for everything. I didn’t have a relationship with the Lord.” This was a theme that continued on into her relationship with Martin Lawrence, that wove through her desire to win the Miss USA Pageant, and her oft-frustrated dream of hosting her own talk show. These people, important as they were, and these achievements, lofty though they are, could not give the permanent sense of security, guidance, and worth that God could. God gives us our inherent value as created beings. He is our permanent security, our rock-solid guidance. And the best part? He’s not going anywhere. Ever.

Finally dealing with her mother’s passing and allowing God to become her security and guide changed the way Smith interacted with her family. On Mother’s Day, nearly 21 years after her mother’s passing, she was finally able to allow her family to celebrate her. She realized that “just because I had lost my mom didn’t mean my kids should be denied experiences with theirs.” She goes on to write, of her children, that “I would empower them and teach them independence so that when they day came when I was gone, they would be strong…” In this, Smith was given her second chance to become a mother, using her grief to become a better member of her family than ever before, and passing that wisdom along to her children.

Smith’s ministry doesn’t end there, however. Her combined experiences, as well as the mentorship of the various women of her life, led her to found Treasure You, a nonprofit organization dedicated to “supporting women in financial, emotional, or spiritual needs. Treasure You hosts women’s retreats, pays emergency expenses, and helps to meet educational needs. True to its name, Smith’s organization helps women to learn to treasure themselves. Just as importantly, the organization collects and shares many of the stories of its members’ “second chances,” for others to read and learn from. These women, empowered by their own stories, now empower others, and through this, Smith has helped multitudes of women learn to treasure themselves as they should, and to make the best of the difficult experiences of their lives.

That’s not to say that this has been easy for Smith. She writes that, when she first began talking seriously about starting Treasure You, negative thoughts began to creep in—“Who’s going to come and hear you? You’ve been divorced. You didn’t win Miss USA. Your television career hasn’t gone anywhere.” Obstacles appeared and tragedies occurred. But Smith knew that God had a plan for her. In her book, she writes that “We don’t want the stuff that we can accomplish on our own. We want the stuff we can accomplish only through God.” And Pat Smith did just that—she accomplished what God set her out to do, doing more good than she could have ever imagined.

It seems now that those negative thoughts were utterly false. Not only is Smith heard, but she is now heard by thousands, and the thousands that hear her are heard by further thousands. The positive change she has wrought ripples outward through women everywhere, giving them their passion back, giving them a safe place to share and grow, and gifting them with hope for a second chance. 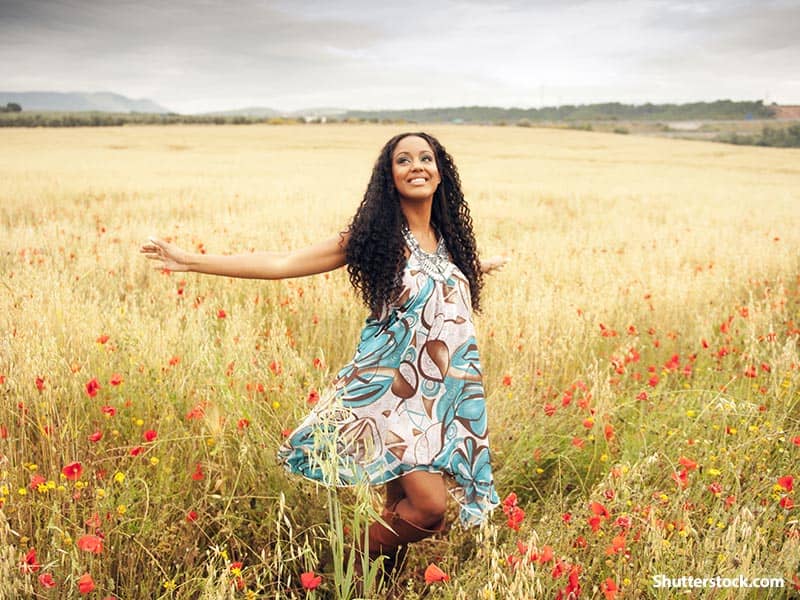 Looking for Your Ministry?

more from beliefnet and our partners
Add some inspiration to your inbox.
Sign up for Beliefnet's Inspiration newsletter.
From time to time you will also receive Special Offers from our partners
Wesley Baines