Mother Theresa’s words continue to inspire and teach a decade after her death.

Born Anjeze Gonxhe Bojaxhiu, Mother Theresa is one of the best known charitable workers of all time. She was officially canonized as Saint Theresa of Calcutta in 2016, the day before the ninth anniversary of her death.

Mother Theresa is known for her work with the poor and her dedication to helping those trapped in poverty. Her emphasis was upon assisting the “poorest among the poor,” and she was known for working with the hungry, homeless, crippled and orphaned people in various communities.

Mother Theresa eventually founded the Missionaries of Charity and opened various hospice facilities and homes for children. On the walls of one of these homes in Calcutta, India, was Mother Theresa’s famous poem “Anyway.” The simple and repetitive structure of the poem seems appropriate for a work written by Mother Theresa, but the plain language of the poem does nothing to detract from its power or the wisdom contained within it.

People are often unreasonable, illogical and self-centered; Forgive them anyway.

Most people think about themselves before anyone else. They are the main character in their story, and they forget that you are at the center of your own story. You are not just a side character in their story. This self-centered worldview can easily lead people to accidentally do harm to others. They may not mean it maliciously, but they hurt others by not realizing how their actions affect someone else. This can be frustrating and hurtful, but anger will not help the other person correct their behavior. Forgiveness, compassion and a gentle, well-meaning reality check will help far more than rage.

If you are kind, people may accuse you of selfish, ulterior motives; Be kind anyway.

Kindness is too often interpreted as weakness or manipulation. That does not mean that you should stop being kind. Without kindness, the world would be a cold, harsh, cruel place. Practice being kind every day, and forget about other people’s assumptions. Kindness is a language everyone speaks, and a simple act of honest compassion can mean more to someone than any grand gesture. Ignore what others say, and continue to practice compassion and kindness. Love and generosity are not weakness. They are necessary for human life. Without them, the world would not be somewhere worth living.

If you are successful, you will win some false friends and some true enemies; Succeed anyway.

Success can paint a target on your back. Petty people who are jealous or envious will do everything possible to tear you down rather than putting in the work to rise to their own success. Do not let this stop you from succeeding. Work toward your dreams, and be proud of your achievements. Do not rub them in someone else’s face, but do not make yourself smaller in order to make someone else feel comfortable. Instead, succeed in your endeavors, and then cheer on or assist those struggling to reach their own success. You might get burned by a false friend, but your true friends will continue to care about you regardless of whether you are a success or a failure. Do not let someone else’s pettiness keep you from achieving your dreams.

Honest is rather like kindness. Everyone talks about how important it is and how much they want to see more of it, but then refuse to practice it themselves. Just think of how many little white lies you tell each day. Did you tell the cashier that the massive tub of ice cream was “for a party” when you had really just had a long week? Did you tell your boss you were running late because “traffic was awful” when you just hit the snooze button one too many times? Did you tell your significant other that you had “too much work to do” to be able to go to his sister’s birthday party when you really just wanted to avoid their parents? While they seem harmless at the time, lies erode your conscience. Cut out the lies and be honest. Some people might get ahead of you because they always have convenient excuses for their mistakes, but those houses of cards come tumbling down. Besides, if you are ashamed enough of something that you have to lie about it, you should not have done it in the first place.

What you spend years building, someone could destroy overnight; Build anyway.

If you walk along the beach in the evening, you will inevitably see once beautiful sandcastles and sand sculptures with huge footprints in them where people deliberately stomped on someone else’s carefully constructed art. Sadly, there are people like that in every aspect of life. They truly enjoy tearing other people down and ruining someone else’s hard work. This is often done in jealousy. They cannot build so they content themselves with tearing down everyone else. This is the unfortunate reality, but do not let that keep you from building in the first place. Make use of your talents and build. If or when someone tears down your work, learn why what you built toppled. Then, build it anew with those mistakes corrected. Make something good out of someone else’s malice, and continue improving the world.

If you find serenity and happiness, they may be jealous; Be happy anyway.

Time for some unpleasant honesty. Most people prefer to complain or listen to other people complain than to talk about or hear about happy things. Think about it. Which do you hear more often from friends and coworkers when they talk about their week? How their boss gave them too much work and the AC broke or how someone left a vase of flowers in the kitchen anonymously and their favorite pizza place was selling all pizzas at 20 percent off? The odds are that the griping is far more common. Break the mold and focus on your happiness. As a general rule, what you think and talk about is what you experience. If you focus on the worst parts of life, you will think your life is terrible. If you focus on the best moments, you will think that your life is wonderful. So, stop complaining just to complain. Find the silver lining, and focus on that. Do not let someone else’s expectation keep you from your happiness.

The good you do today, people will often forget tomorrow; Do good anyway.

People have always had somewhat short memories, and the rise of the internet has only shortened their attention spans further. The kindness you show someone in the morning might well be forgotten by lunchtime. Do not let that discourage you. Keep doing good. You never know when your little act of kindness or compassion will be all that gets a person through their day. Act because it is the right thing to do, not for fleeting and fickle recognition.

There is always going to be someone who is better at something than you. Do not let that stop you from trying to be your best. Even if you give it your all, you may not make the difference you hope to make. That does not mean you did not make a difference at all. Which is better? To try and clean a whole house and only finish the downstairs, or to leave the whole house filthy? Do what you can, when you can. It may not be enough, but you will leave behind a foundation that someone else can build upon.

This world can be fickle and harsh, but in the end, it is not the world’s judgement that matters. Live the best life you are capable of regardless of what others think of it. Believe in love and redemption. Practice hope and compassion. Give with all your heart, and know that the one whose judgement really matters is always watching, and He is a far fairer and more appreciative judge than those you encounter in this life.

The world can be harsh and humans can be cruel. Mother Theresa saw that every day during her time working with those seen as the lowest and the least of society. Yet, she never gave up hope and never stopped working toward a better tomorrow. She saw mankind at its apathetic, neglectful worst, but she believed in hope, love and redemption anyway. 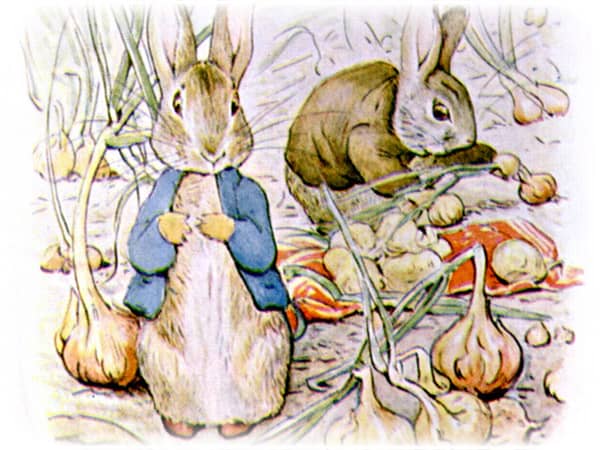 more from beliefnet and our partners
Add some inspiration to your inbox.
Sign up for Beliefnet's Inspiration newsletter.
From time to time you will also receive Special Offers from our partners
Stephanie Hertzenberg