Elon Musk, the mind behind SpaceX, PayPal and Tesla Motors, overcame childhood bullying, his parents' divorce, and a shortened formal education to become a brilliant entrepreneur. 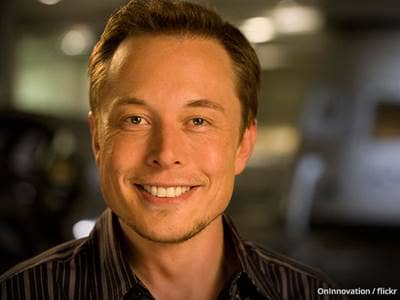 Elon Musk may have been born to affluent parents in South Africa, but his childhood was challenging, being subject to bullying and experiencing the break-up of his family.

Rather than complete his formal education with a PhD at Stanford, he left after mere days and went on to found a number of successful innovative companies - more recently Tesla Motors, with pals Martin Eberhard and Marc Tarpenning.

Assuming leadership of Tesla Motors following the financial crisis in 2008, he led the organization through a period of its most innovative designs with its electric car line-up. The evolution of the line-up now includes sports cars as well as larger sedans, to accommodate more lifestyles, and in effect brand reach.

Elon Musk has plans to expand its electric motors to all motor vehicle companies, and plans are in the works to build a lower-cost line to be retailed at affordable prices. Recently, Musk announced that Tesla Motors will allow its technology patents to be used by anyone in good faith in a bid to entice automobile manufacturers to speed up development of electric cars.