With a career that spans from wild NYC nightclub promoter to volunteer journalist for a Christian charity, Scott Harrison has seen it all, and all over the world - birthing his idea of funding clean drinking water projects worldwide. 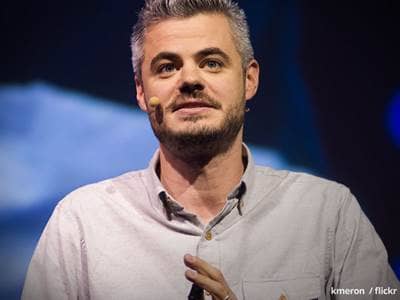 Scott Harrison had seen and done far more before his 31st birthday than most people do in their lifetime.

Given great responsibilities at an early age, Scott was raised in New Jersey and went to NYU, where he found the fun and carefree lifestyle he didn't enjoy as an adolescent. After graduation, he spent a decade planning wild bashes, promoting nightclubs, and socializing with models.

One day, he experienced what many call a "Come to Jesus" moment, and abandoned the life of selfishness and embraced a life of servitude, giving up his lucrative career to join Mercy Ships, a Christian charity that operates a fleet of hospital ships offering free healthcare, as a volunteer. It was during this time that the idea for charity: water was born.