You name it, Paul Newman did it. From acting and directing, to driving race cars and creating charitable food organization and camps for children with serious illnesses, he led a full life and is the epitome of "giving back". 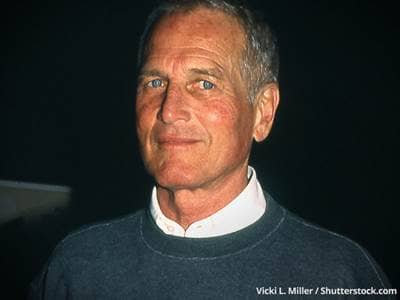 On paper, Paul Newman had the life everyone would want to live: strong, middle-class upbringing by immigrant parents, grounded in faith; success in film and stage endeavors; a 50-year marriage to his best friend and soulmate; a wonderful family; and a collective of sound business endeavors that have donated over $400 million to worldwide causes.

Even with an active film and stage career, Paul Newman lived much of his life out of the glitz and glamor of the spotlight, in Connecticut. With some 70+ films under his belt, his career placed him on-set with the likes of James Dean and Elizabeth Taylor, and earned him an Academy Award for The Color of Money.

All after-tax profits of Newman's Own are donated to charity through Newman's Own Foundation. Paul felt that he had been very lucky in life, therefore helping others was the right thing to do.

For more information on Paul Newman, his company Newman's Own and their Foundation, visit the Newman's Own website.