Google is an amazing place to work - and it's nearly 60,000 employees would be the first to tell you this. But why? Read more to find out! 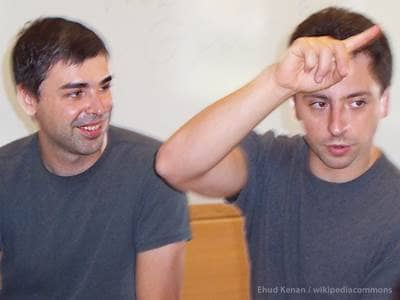 Sergey Brin and Larry Page met as Stanford PhD students while working on a research project together, and developed the program that would eventually become Google's world-famous PageRank algorithm.

The first webpage that served as a guinea pig of sorts for Google was Larry Page's own Stanford home page, which expanded by 1998 to search over 60 million indexable HTML URLs. In 1999, the company moved into a larger, more professional office space, and adopted the code of conduct, "Don't be evil." which basically means to forgo some short-term gains if it means that the company will serve better in the long term if it does good things for the world.

The company name originated from a misspelling of the word "googol", which means a "1" followed by 100 zeroes, which fits the idealogy that "one day", Google would be a very large search engine.

Along with encouraging every staff member to spend minimum of one hour per week on non-job related projects to further develop entrepreneurialism, Google also has a nonprofit division, intially funded with $1 billion, to help with issues like climate change, global public health, and poverty on a global scale.

For more information on Larry Page and Sergey Brin, visit Google's About Us section.