Fred Barley was overwhelmed by the kindness his college town offered him.

Fred Barley is not your ordinary college student.

Barley, like many others, was excited to be returning back for his second semester at Gordon State College. The 19-year-old took off on his brother’s bicycle to travel the 50 miles to Barnesville, Georgia, carrying along two duffel bags.

He arrived safely, however the school was not yet permitting students to enter the dormitories. Barley pitched a tent in the bushes on campus, hoping to spend a few week there while he searched for a job prior to the start of school.

Police quickly noticed Barley’s tent and paid him a visit. Upon hearing Barley’s story and how he wants to attend medical school one day, the officers offered to pay for two nights in a motel.

“We get to talking with him asking where he’s from and he tells us story of bike ride from Conyers. I’m like man this is crazy,” said Officer Richard Carreker, WAGA reported.

The officers said they “applauded” Barley for working hard, but they couldn’t let him stay on grounds. But they had somewhere he could stay.

Barley was humbled, saying “The stuff that’s happening with police officers, I am black and he didn’t care what color I was. He just helped me, and that meant a lot."

After one of the officer’s wives posted about the story on Facebook, it quickly became viral. A new wave of support came for the young man. Casey Blaney was one of the Good Samaritans that stepped up. She and the motel owner paid for Barley to stay at the motel until he could get into his school’s dorm.

“We asked him what he wanted and what we could do for him and he just said ‘I really don’t want anything.’ After we kept asking, he said ‘A job,’” said Blaney.

That wasn’t an issue either.

DB’s Pizzeria owner Debbie Adamson reached out to Barley and offered him a job on the spot.

“I created a position for him before he walked in my door. I didn’t know his name… I didn’t care. I’ve been there so I guess I had a soft spot for anyone who is that determined to succeed in life,” Adamson said.

Blaney went on to set up a Facebook page for Fred as well as a GoFundMe account “Success for Fred.” It has raised almost $185,000 for the young man in only eight short days.

People have also stepped up to donate clothes, school supplies, shoes, a new bike, and even a new car. Other are paying his medical and dental needs.

“I was shocked by how much support people will give from Lamar County and counties all over and even people from across the country that I’ve never met just wanted to help so much in my life. I was just so shocked and grateful,” Barley said in a statement.

Barley said, as grateful as he is for the help, he appreciates the friends he is making along the way.

“Some of the gifts aren’t as important as the friends I’ve made. More important than everything — the clothes, the shoes — the relationships mean so much more to me,” he said. 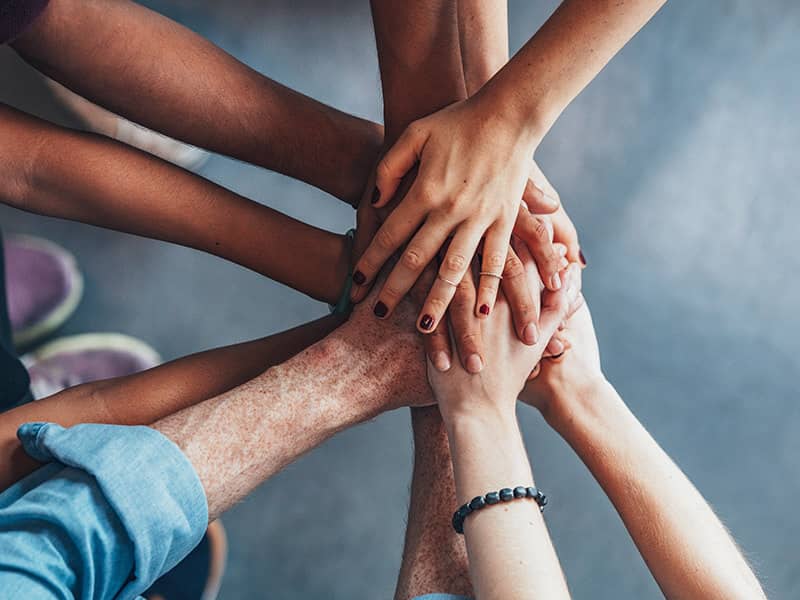 7 Moments that Restored Our Faith in Humanity this Year