2011 Most Inspiring Person of the Year

For over ten years Beliefnet has honored extraordinary individuals through its Most Inspiring Person of the Year campaign. These nominees’ accomplishments have impacted the lives of millions of individuals around the world. This year’s nominees are equally inspiring! Read more about this year's nominees. Beliefnet is proud to announce that Jay Winuk is the Reader’s Choice for Most Inspiring Person of 2011. In honor of his efforts to inspire millions around the world to honor the innocent victims of 9/11 with acts of kindness and charitable service, Jay is also the recipient of Beliefnet’s 2011 Cup of Kindness™ Award.

Jay Winuk lost his younger brother Glenn, an attorney and volunteer firefighter, in the line of duty 10 years ago in the September 11 terrorist attacks. His brother’s heroism and lifelong devotion to community service inspired Winuk to co-found MyGoodDeed, a nonprofit leading the movement to transform 9/11 into an annually recognized National Day of Service and Remembrance. Currently serving as vice president and also on the board of MyGoodDeed, Winuk is helping to build the 9/11 Day Observance initiative. A passionate advocate for volunteering and national service, he is a frequent public speaker on volunteerism, 9/11, and service-related topics. In 2006, Winuk was honored with the “Building Bridges Award” from the Voices of September 11th advocacy group; in 2008 he was awarded, along with MyGoodDeed co-founder David Paine, the nation’s highest volunteer service recognition: The President’s Call to Service Award; and in 2011, he was honored with the Daily Point of Light Award by former President George H.W. Bush and the Points of Light Institute for his volunteer work. Jay’s efforts are helping to inspire millions of people around the world who now honor the innocent victims of 9/11 with acts of kindness and charitable service for people and communities in need each year. 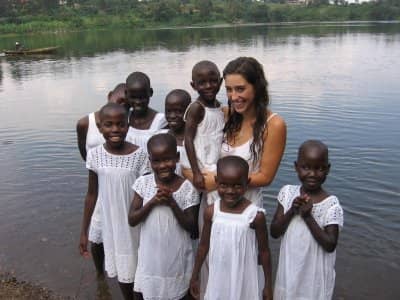 Beliefnet is proud to announce that Katie Davis is the Editor’s Choice for Most Inspiring Person of 2011. This amazing woman gave up her own dreams to live for others and inspired the editorial staff with her sacrifice at such a young age. To honor Davis, Beliefnet will donate $1,000 to Amazima Ministries to help her continue to reach children in need.

In December of 2006, 18-year-old Katie Davis traveled to Uganda and was immediately captivated with the people and the culture. The following summer she returned to teach Kindergarten at an orphanage. Learning there were few government run public schools, Davis was compelled to start a child sponsorship program, matching children who are unable to afford schooling with sponsors from around the world. $300 per year covered one child’s schooling, supplies, 3 hot meals each day, spiritual discipleship, and medical care. Originally planning to serve 40 children; over 150 signed up by January 2008, leading Davis to establish a nonprofit organization called Amazima Ministries International. With over 400 children now served through her nonprofit, it ministers to the physical, emotional, and spiritual needs of the people of Uganda. This inspirational young woman is also the mother of 13 adopted daughters and plans to open an Amazima School in 2012. 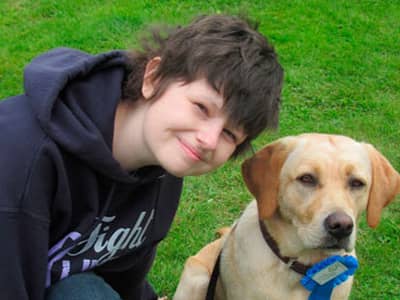 Alice Pyne is a 15 year-old girl from the United Kingdom who was trending on Twitter during the first part of June. Alice who has been battling cancer for nearly 4 years has decided to document the precious time she has left with her family and friends. At her mother’s suggestion she decided to put together a bucket list of things she’d like to see or do before she passes and she has posted it on her blog site with the promise to update as she accomplishes each one on the list. Incidentally, the second item on her list is to make everyone sign up to be a bone marrow donor. Alice’s willingness to openly write and share about her battle is an inspiration and encouragement to individuals all over the world whose lives have been affected by cancer. 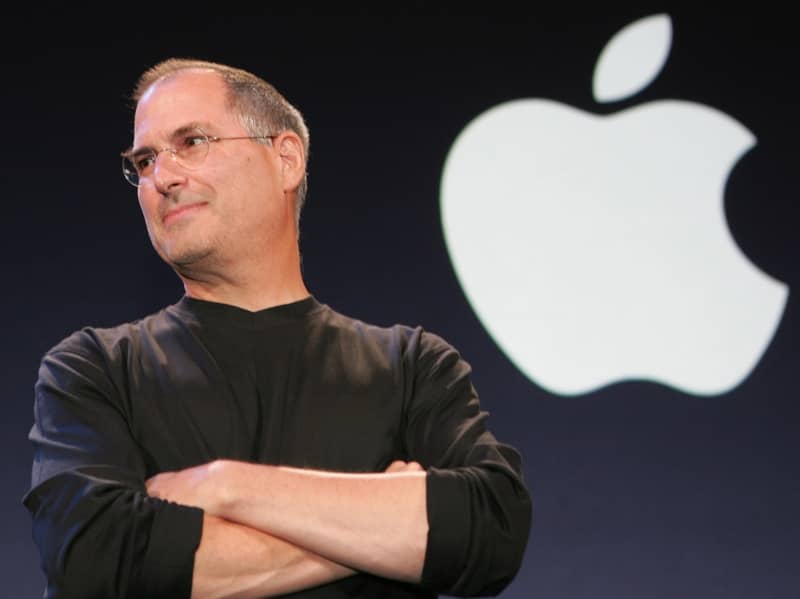 Apple co-founder Steve Jobs passed away in October at age 56 after a long battle with pancreatic cancer. His lifetime was marked with accomplishments that few individuals could mirror. Starting in his garage and with unwavering dedication to intuitive personal computing, he introduced some of the greatest contributions to the tech world. Many who knew Jobs described him as an excellent CEO; one who hired and inspired great people; made big bets and took big risks. He is said to have insisted on the highest product quality and on building things to delight and empower the average user. His contributions have included the iPod and iTunes, Nanos, Shuffles, Classics and Touches. He brought us The Apple Store, The iPhone, App Store and the iPad2. Jobs was one of the giants of the information age, and his influence and inspiration will be felt for decades to come. Joel Osteen is the Pastor of Lakewood Church in Texas, which according to Church Growth Today is America's largest and fastest growing church. On July 16 , Osteen moved Lakewood Church into its new 16,000-seat home - the former Compaq Center. He now delivers God's message to more than 38,000 at Lakewood Church each week. His broadcast is viewed by 20 million American’s monthly and is seen in almost 100 nations around the world. Osteen has also authored best-selling books including Become a Better You: 7 Keys to Improving Your Everyday Life and more recently, Every Day A Friday. Considered the most watched inspirational figure in this country, Osteen’s extraordinary success can be found in his core message: That our God is a good God who desires to bless those who are obedient and faithful to Him. Brryan Jackson is a living miracle. When he was an infant, his father injected him with AIDS-infected blood, intending to kill him and dodge having to pay child support. But, Jackson defied the odds. He lived. Doctors say tests for the last two years have shown no trace of the virus in his body. Jackson founded the nonprofit Hope Is Vital - H.I.V. He spends every summer at Camp Kindle for HIV-positive children. "You can either look at the blessings that come from life, you know, look at all the problems as opportunities for blessings or you can just ignore them and let them run you and let them control your life," he says. "I just decided, I want to put an end to this, I want to make a difference." 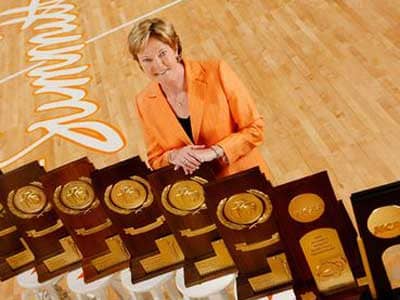 Tennessee Lady Volunteers basketball head coach Pat Summitt has made a name for herself in college hoops for nearly 4 decades in Tennessee. Summitt compiled an overall record of 1037-196, 10 titles and 8 NCAA national championships during her illustrious career with the Volunteers. Tennessee advanced to the NCAA’s Elite Eight, and fell in the region final to Notre Dame this season, but she is still motivating the masses. Recently diagnosed with early onset dementia, Summitt told her Lady Volunteers she will continue to be their coach, but realizes that she may have some limitations with the condition since there will be good days and bad days. With plans to rely on medication and mental exercises to manage the progressive condition that could lead to Alzheimer’s, Summitt continues to be an inspiration to her team, her colleagues, and those touched by this disease throughout the country. 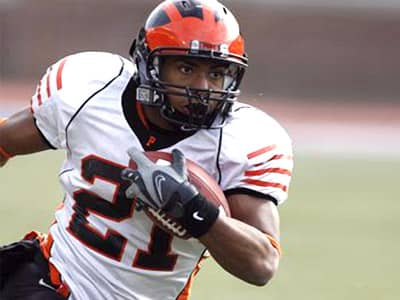 During the 2008 season, Princeton Running Back Jordan Cullbreath, led the Ivy League in rushing with 1,206 yards and was named to the All-Ivy First team. Everything changed in 2009 after a sprained ankle when he was diagnosed with aplastic anemia, a rare disease in which the body’s bone marrow fails to make enough new blood cells. After a search for a bone marrow donor and several months of treatment, Cullbreath remarkably returned to the team in 2010 for his senior year and was named co-captain by his coach. He was recognized by the College Football Hall of Fame in May of this year as the 2011 Uplifting Athletes Rare Disease Champion. His inspirational battle with this rare disease and his triumphant return to the football field continues to inspire many in the rare disease community. Through the blog CaringBridge.org, Cullbreath continues to reach out to other players, families and complete strangers inspired by his story. 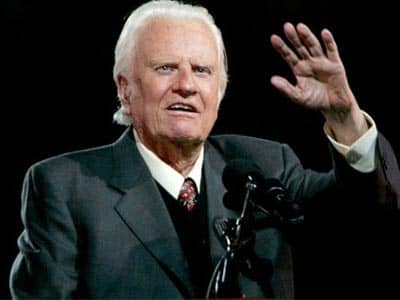 93-year-old Christian Evangelist Billy Graham is best known for his worldwide evangelistic crusades preaching the message of Christianity to more people than anyone in history. The Billy Graham Evangelistic Association states that nearly 215 million people in more than 185 countries have been reached through his ministry. In his lifetime, he has led many thousands accept Jesus as personal Savior and to live for Christ. Graham who has been an adviser to many American presidents is regularly listed as one of the "Ten Most Admired Men in the World" by Gallup Polls. Indicted into the Gospel Music Hall of Fame in 1999, Graham has also received such prestigious awards as The Ronald Reagan Presidential Foundation Freedom Award and The Congressional Gold Medal. He currently continues his ministry through writing projects, including a manuscript for a book about aging. 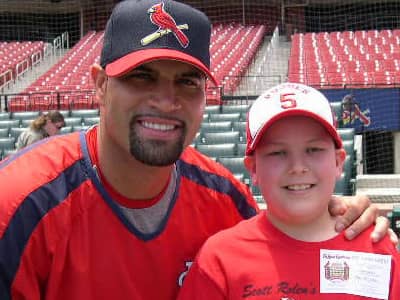 Cardinals first baseman Albert Pujols is not only a star baseball player but also a champion of families. He and his wife started the Pujols Family Foundation in St. Louis to help young adults and children who live with Down syndrome. His charity also brings food, clothes and medical supplies into his native country of the Dominican Republic. Pujols, 31, has a lifetime batting average of .331, and slugging percentage(.624), leading all active players at the conclusion of the 2010 season. “My life is not mostly dedicated to the Lord—it is 100 percent committed to Jesus Christ and His will,” Pujols said about his success. Can God Lead You to Greater Happiness?

Let God take you where you're meant to be. Read next feature >