February's Most Inspiring Person of the Month

This February in recognition of Black History Month, Beliefnet is honoring 10 inspiring African Americans for Beliefnet’s Most Inspiring Person of the Month.  From the youngest African American producer in Hollywood to our nation’s current president; these individuals have overcome unimaginable obstacles in their lives achieving their greatest dreams and inspiring individuals around the world to do the same.

Nobel Peace Prize winner Dr. Martin Luther King, Jr., led the modern American Civil Rights Movement from December 1955 until his assassination in April 1968. He is regarded as the foremost advocate of nonviolence and one of the greatest leaders in the history of the world. While others advocated for freedom by “any means necessary,” including violence, Dr. King used the power of words and acts of nonviolent resistance, such as protests and grassroots organizing, to achieve his goals. He led campaigns against poverty and international conflict, always standing by the principle that all men and women, regardless of color or creed, are equal. His “I Have a Dream” speech is one of the most memorable and most revered speeches in history.  Students and scholars worldwide study Dr. King’s accomplishments. He is the only non-president in this country to have a national holiday in his honor and a memorial on the Great Mall in Washington, DC.

In the early 1980s Stanford political science professor Condoleezza Rice was quickly becoming a prominent public voice on international affairs.  Her expertise earned her a position as advisor to the Joint Chiefs of Staff under the administration of the elder George Bush.  In 1989, Bush appointed Rice director of Soviet and East European Affairs on the National Security Council. She returned to Stanford during the Bill Clinton administration in 1991 and served as provost of the university until being tapped as National Security Advisor by the younger President Bush in 2000. In January of 2005, after Bush was elected to a second term, Rice replaced Colin Powell as Secretary of State.  She was the first African-American woman to serve in that position. Her efforts played a crucial role in shaping the most aggressive U.S. foreign policy in modern history.

Bishop T.D. Jakes is an influential leader who serves with excellence and integrity. Bishop Jakes is best known as the founder and senior pastor of The Potter's House of Dallas, which has more than 30,000 members and over 50 outreach ministries. He has touched the lives of millions around the globe through various ministries, humanitarian projects, relief efforts and community service initiatives. Named "America's Best Preacher" by Time Magazine, Jakes' voice can be heard on some of the world's most prominent stages. Through his ministry projects and charitable works, this inspirational leader has extended a hand of help to the needy, heart of compassion to the hurting, and message of empowerment to the oppressed and disenfranchised.

Born into slavery in 1820, Harriet Tubman fled Maryland to find freedom in Philadelphia in 1849.  She spent the next 10 years making secret trips back to Maryland, leading over 300 escaped slaves north to freedom in Canada along the secret route to freedom known as the Underground Railroad. During the Civil War Tubman served the Union as a scout, spy and nurse. After the war, she retired to the family home in Auburn, New York, where she cared for her aging parents and became active in the women's suffrage movement until illness overtook her. Tubman’s success at shepherding others to safety earned her the nickname "the Moses of her People" and made her an inspiring and lasting symbol of the anti-slavery movement in this country.

For Benjamin Carson, the challenges of growing up in a poverty-stricken single-parent home, poor grades and low self-esteem made achieving his dream of becoming a doctor seemingly impossible.  He credits his mother, with only a third-grade education, for challenging her children to strive for excellence. Today, Dr. Carson is a professor of neurosurgery, oncology, plastic surgery, and pediatrics at the Johns Hopkins School of Medicine. He has directed pediatric neurosurgery at the Johns Hopkins Children’s Center for over a quarter of a century. In 2004, he was appointed to the President’s Council on Bioethics by George W. Bush. Dr. Carson holds more than 60 honorary doctorate degrees, and has received hundreds of awards and citations. He is the author of several books that provide insight and inspiration on leading a successful life and is a highly regarded motivational speaker.

Dr. Maya Angelou is one of the most renowned and influential voices of our time. Often hailed as a global renaissance woman, Angelou is a celebrated poet, writer, educator, actress, historian, filmmaker, and civil rights activist. She has served on two presidential committees, received the Presidential Medal of Arts in 2000, the Lincoln Medal in 2008, and has three Grammy Awards. President Bill Clinton asked her to compose a poem to read at his 1993 inauguration. Her poem "On the Pulse of the Morning" was broadcast live around the world. Angelou has received over 30 honorary degrees, and is Reynolds Professor of American Studies at Wake Forest University. She continues to captivate audiences worldwide, through the beauty of her words, which stir the soul, liberate the mind, and heal the heart.

Born August 4, 1961 in Hawaii, Barack Obama was a civil rights lawyer before pursuing a political career, first as Illinois State Senator, and finally as the first African-American president in American history. Taking office in 2009 as the 44th president, Obama inherited a global economic recession; two on-going foreign wars; and the lowest international favorability rating for the United States ever. He stepped into office full speed, standing by his campaign motto, “Yes we can.”  Under his guidance, the Obama administration is most credited with passing the Health Care Reform Act, locating and eliminating the FBI’s Most Wanted terrorist, Osama bin Laden, and ending the war in Iraq.  Obama is also the fourth president to be awarded The Nobel Peace Prize (2009) for his extraordinary efforts to strengthen international diplomacy and cooperation between people.

William Henry "Bill" Cosby, Jr., is an American comedian, actor, author, television producer, educator, musician and activist. Over the past century, few entertainers have achieved Cosby’s legendary status. His 1960s stand-up comedy act was a sensation from coast to coast, leading to a string of best-selling comedy albums, for which he won eight Gold Records, five Platinum Records and five Grammy Awards.   His role on TV’s I Spy made him the first African-American co-star in a drama series; breaking television’s racial barrier and winning three Emmy Awards. His 1980s television show, The Cosby Show, single-handedly revived the family sitcom and rescued NBC. With hit movies like Uptown Saturday Night and best-selling books like Fatherhood, Cosby has been described by many as a national treasure with a unique ability to touch people’s hearts.

Currently serving as Vice President of Production for Columbia Pictures, a division of Sony Pictures Entertainment, DeVon Franklin oversaw the remake of one of 2010’s biggest hits, The Karate Kid, which grossed over $350 million worldwide. He was also involved in the production of: The Pursuit of Happyness and Hancock starring Will Smith, the faith-based hit Not Easily Broken  and Jumping the Broom starring Angela Bassett and Paula Patton.  Franklin is also a preacher, author and motivational speaker.  His book, Produced by Faith is a how-to guide on pursuing your career without compromising your faith.  Franklin was named one of the Top 35 Executives Under 35 by The Hollywood Reporter and one of the Top 10 Industry Impact Players by the NAACP.

Writer, actor, producer, and director Tyler Perry has built an entertainment empire consisting of successful films, plays and a best-selling book.  Initially known for his work on an adaptation of T. D. Jakes's book Woman, Thou Art Loosed, it was his next project that shot him to stardom; bringing to life his most famous character, Madea. The gun-toting, sharp-tongued grandma first appeared in his 2000 play, I Can Do Bad All by Myself.   Madea, played by Perry himself, developed a huge following resulting in a series of plays and movies including the 2011 Madea’s Big Happy Family.  Born into poverty with an abusive father, Perry believes that the pain he has experienced in his life has molded him into the man that he is, affording him the opportunity to inspire others through his work to be stronger and live better lives. 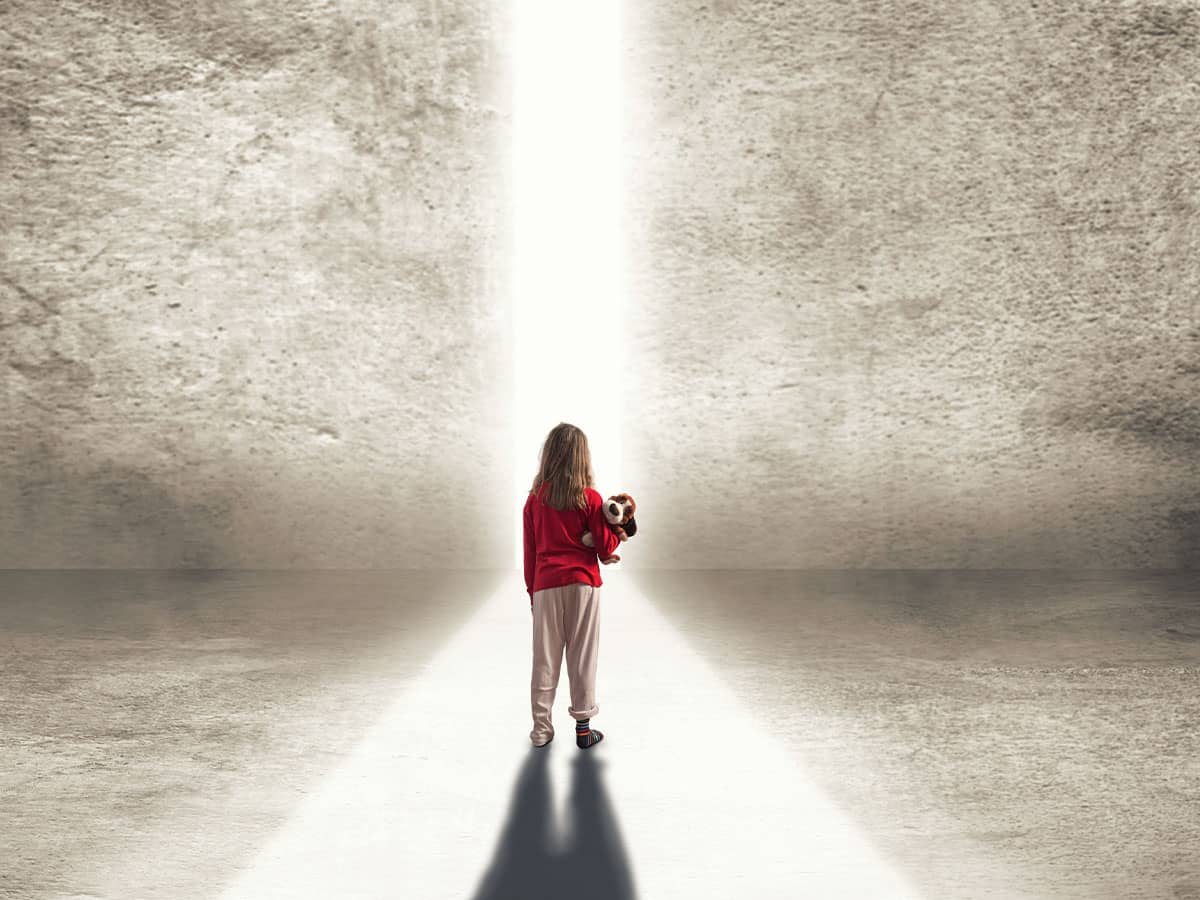 4 Year Old Boy Describes Heaven Before Tragically Passing Away
Silas was only 4 years-old when God called him back to heaven. But, before this precious angel went home, he described to his mommy what he thought heaven was like and how excited he was to go. Read next feature >