Leaders That Bridged the Gap Between Religions

"Like the bee gathering honey from different flowers, the wise person accepts the essence of the different scriptures, and sees only the good in all religions." - Gandhi

Despite their differences, all religions share a similar message of peace and tolerance. However this is something most people don't recognize. Through the media, word of mouth and the like, people are raised to be scared of other religions. They think of anyone outside of their religion as "other", and don't want to associate with them.

These leaders, though strong in their respective faiths, understood that the world's religions don't have to be a divider between people. They saw faith as a way to bring people together. Without interfaith dialogue, they thought the world would never be a happy, peaceful place to live in. They took it upon themselves to start the hard conversations between religious leaders to ensure a brighter tomorrow for everyone.

Here are six religious leaders that bridged the gap between world religions.

The Dalai Lama is well known for creating an interfaith dialogue. For example, in 2007 the Dalai Lama joined 50 other senior religious figures at an interfaith dialogue conference. There, they spoke candidly about how to heal the world through love and forgiveness. He gave a keynote address on how religions can share their wisdom with each other. He has also met one on one with several different Popes throughout the years and has visited Israel three times. He has met the Archbishop of Canterbury, Dr. Robert Runcie, and other leaders of the Anglican Church in London, Gordon B. Hinckley, who at the time was the president of The Church of Jesus Christ of Latter-day Saints (Mormons), as well as senior Eastern Orthodox Church, Muslim, Hindu, Jewish, and Sikh officials. The Dalai Lama is also currently a member of the Board of World Religious Leaders as part of The Elijah Interfaith Institute.

Mother Teresa is known for having incredibly strong Catholic roots; however her ability to bring people of all faiths together was a key part of her life as well. The gospel according to Mother Teresa means: “There is only one God and He is God to all; therefore it is important that everyone is seen as equal before God. I’ve always said that we should help a Hindu become a better Hindu, a Muslim become a better Muslim, a Catholic become a better Catholic.” She wanted people to practice hospitality, over hostility. She won many prizes for her work, including the Ramon Magsaysay Peace Price in 1962 and the Nobel Peace Prize in 1979. She helped those that were at their lowest, and encouraged others to do the same.

Martin Luther King Jr. is well known for his work in breaking down barriers against raise, but one of the often overlooked aspects of King's life and activism is his commitment to interfaith cooperation. King, who was a Baptist minister, saw faith as a way to bring people together instead of a divider. For example, while in seminary school he was introduced to the philosophy of Mahatma Gandhi. He did not reject it due to being a Hindu belief, but instead sought out to incorporate those teachings in his own faith. He later met with important Buddhist monks and the like to better understand the world’s religions. This helped King on his path to finding social justice in America, and he insisted that we are always better together.

Billy Graham was no doubt an incredibly secure evangelical, but that never stopped him from creating dialogue with other religious leaders, particularly in the Jewish community. Rabbi Techiel Eckstein said of Graham: "When it came to the Jewish people, he exhibited incredible sensitivity", and that "he did so without ever compromising his integrity as an evangelical Christian." Graham was a perfect example of how you could be strong in your faith while also creating powerful bonds with people of different faiths. Throughout the years, Graham received numerous awards for his work in interfaith relations, some of which were from the state of Israel.

Mahatma Gandhi welcomed contact of Hinduism with other religions, especially the Christian doctrines. He believed that study of other world religions was not only a sacred duty of his, but of everyone. He encouraged his followers to seek out other faiths and learn from their teachings. Gandhi regularly identified universal principles that could be found in all religions, as he believed it was a way to connect with each other. He also advocated non-violence between the organized religions. The moral principle known as the golden rule, “treat others as you would be treated,” was one of Gandhi’s most substantial teachings. His philosophy that all of us are brothers and sisters earned him a great amount of respect across the world.

Our worlds current Pope has taken on interreligious dialogue in an effort to foster respect and friendship between the world’s largest religions. Pope Francis understands that Christians everywhere today are going to be confronted with new cultures, religions and traditions due to the changing climate of migration. Instead of encouraging those Christians to be fearful, he wanted to emphasize kindness. The Pope said at the Pontifical Council for Interreligious Dialogue that "an attitude of openness in truth and love must prevail in dialogue with believers of non-Christian religions, despite the various obstacles and difficulties, particularly fundamentalism on both sides.” He continued on to say, “recognizing the fact that there are situations in the world where coexistence is difficult due to fear, the Holy Father underlined that the one way to overcome this fear, was to foster dialogue."

While there are many things that make each of the world religions different, there is also a lot that makes them the same. These leaders recognized that our differences could be put aside to create a world that is more loving, accepting and peaceful. We must bridge the gap and create more interfaith dialogue if we want to have a happier tomorrow. 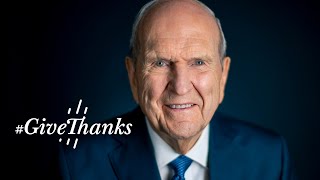 Practicing gratitude may not prevent us from experiencing sorrow, anger, or pain, but it can help us look forward with hope. Read next feature >
Megan Bailey is the Social Media Specialist and Content Producer for Beliefnet. She attended James Madison University where she received a degree in psychology.

More from beliefnet and our partners
Add some inspiration to your inbox.
Sign up for Beliefnet's Inspiration newsletter.
From time to time you will also receive Special Offers from our partners
Megan Bailey