These real testimonies of encounters in heaven and hell will shock and amaze you.

These real testimonies of encounters in heaven and hell will shock and amaze you.

A tunnel, angels and a pearly white gate…

A tunnel, angels and a pearly white gate…

In an interview with the NY Daily News, Crystal McVea discusses her face-to-face experience with God that she spent years disbelieving. After a routine medical procedure went terribly wrong, she slipped into heaven for several minutes, seeing a tunnel, angels and heaven’s pearly gates. After her experience, she no longer fears life or death. She believes her purpose in life is to share her story with others.

After being struck by lightning in her car, Veronica-Ulrike Barthel was transported to a place she never wanted to find herself…hell. In an interview featured on Listverse.com, she describes a horrifying scene. Demons escorted her into a waiting room. The people that the demons around her carried were screaming in pain and it was very difficult to breathe because of its horrible smell. In addition, snakes were all over the ground, intimidating people as they guarded the grounds of hell. After coming out of shock, she was back in her car, and for moments her own hands were burning, gripping the steering wheel.

Emily Dotson suffered from Lupus for years, later resulting in kidney failure which almost took her life. She explains in her interview featured on Sidroth.org, that she was just hours from death if she didn’t get to a hospital for kidney dialysis. At the time, she knew the dialysis wouldn’t reverse her kidney failure. Believing she was in her final hours, she decided against it, wanting to pass in a place of comfort. As her pain worsened, she began slipping in and out of consciousness, when an authoritative voice which she believed was God told her there was no need for her to die. ‘Obey Matthew 18:19,’ they said. When she regained consciousness, she was stunned by her discovery. She felt wonderful and began to rejoice. After not being able to urinate, she was able to with ease. She trusted God completely and later was miraculously delivered from kidney failure by agreeing with another believer according to the verse. Her gratitude and love for God she said was just as overwhelming as the miracle itself.

A vision and voice of a deceased relative

A vision and voice of a deceased relative

After suffering a major heart attack, Brian Miller was hospitalized. He went into a deadly arrhythmia which causes rapid, erratic electrical impulses. In an interview with WJW-TV Fox 8, Miller’s nurse explained that he had no heart rate, no blood pressure or pulse. Hope seemed lost. During this time, Miller says he saw a light at the end of a heavenly tunnel along with his recently deceased mother-in-law. He also saw his deceased father-in-law waving to him from afar. She told him he needed to return to his body, it wasn’t his time. After 45 minutes of no oxygen to the brain and attempts to shock him, Miller regained his pulse. The hospital staff was shocked and amazed. This experience forever changed his view on life after death, helping him to see the importance of believing in the afterlife.

In an interview with the 700 Club, Don Piper talks about a horrible car accident opposite an 18-wheeler that sent him to Heaven for 90 minutes. Following a pastor’s conference, he was driving over a bridge when a tractor trailer hit him head on. The collision immediately transported him to heaven where he was surrounded by his deceased loved ones, even seeing a large pearl gate. He describes the gate as giant, magnificent and sculpted with amazing detail. The light emitted where he was standing was like a light he had never seen before. While he was lying across the bridge, he was prayed over by pastor and found himself back in the vehicle. While he suffered no major head trauma, almost every bone in his body was cracked. He tells more of his story in his book 90 Minutes in Heaven.

After undergoing a partial hysterectomy, Betty J. Eadie passed through a tunnel which looked to be headed towards heaven. In her book Embraced by the Light she says she was guided by three hooded, monk like figures who told her they were her guardian angels and that she had died before her time. She saw a pinpoint of light in the distance. As she traveled further, she gained super speed. She couldn’t help but be attracted to the light. She then noticed a male figure that radiated light. She immediately knew she was looking at her Lord and Savior Jesus Christ.

A double Atheist turns to God

A double Atheist turns to God

While traveling on a three week European art tour with a group of students, Howard Storm had no idea the terror he would soon face. While in his hotel room, he unexpectedly drops the floor. When he arrives to the hospital, the doctor tells his wife and him that he had a perforated stomach and if he didn’t get surgery soon, he would die. As Piper waited a lengthy time for a surgeon, he felt he was moments from death. Moments later he found himself standing next to his own body. In an interview featured on Listverse.com, he says soon after, the voices told him to come with them. He tried calling his wife but she couldn’t hear him. He was led into a dark hallway and was attacked and violated. Once described as a “double atheist,” he turned to God, reciting the Lord’s Prayer. Suddenly he hears the voice of Jesus who tells him to pray to God. Jesus saves him and sends him back to Earth, requesting that he live his life differently and he does, sharing his story in the book, My Descent Into Death. 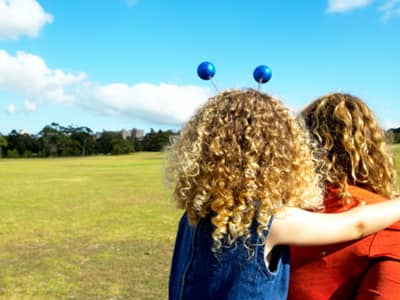 10 Essential Values to Live By
Think of the words, the values that are important to you. Simply write them down and then prioritize the values based on how you see or want to experience life. To encourage you to create a list of your values, here are 10 values that are essential to me. Read next feature >
Lesli White is a graduate of Virginia Commonwealth with a Bachelor’s degree in Mass Communications and a concentration in print and online journalism. In college, she took a number of religious studies courses and harnessed her talent for storytelling. White has a rich faith background. Her father, a Lutheran pastor and life coach was a big influence in her faith life, helping her to see the value of sharing the message of Christ with others. She has served in the church from an early age. Some of these roles include assisting ministry, mutual ministry, worship and music ministry and church council.