These unbelievably inspiring people may have very different disabilities, but they all share in the triumph over bullies, unbelievers and big obstacles. Their inspiring stories of determination and resilience will move you in the deepest possible way.

These unbelievably inspiring people may have very different disabilities, but they all share in the triumph over bullies, unbelievers and big obstacles. Their inspiring stories of determination and resilience will move you in the deepest possible way.

Since birth, Lizzie has suffered from a rare congenital disease that makes her unable to properly gain weight. Even despite being bullied her entire life and being deemed the "Internet’s Ugliest Person" by ruthless cyberbullies, Lizzie Velásquez overcame her tormenters in the best possible way—by inspiring millions through her motivational speaking. She’s won the hearts of people around the world with her strength, positive attitude and faith in God. She’s so successful, that she’s written 3 books and recently premiered a documentary entitled "A Brave Heart: The Lizzie Velásquez Story" at the popular SXSW conference.

As a young teenager, Zara Hartshorn suffered from a rare medical condition that made her look decades older than she really is. Despite her best efforts, she was often mistaken for an older woman in her 60’s. Relentless bullying made school a nightmare for her, being called names like "granny" or "monkey." Thanks to a guardian angel, Dr. Robert Ersek a expert surgeon, Zara was given the gift of plastic surgery to help her appear more her age.

Zara has now rebuilt her confidence, began a relationship, and she’s gone on to lead a normal, happy life.

Right after he was born, Claudio Vieira de Oliveira was left to starve to death by his own mother after being told by doctors that he wouldn’t survive. Born with arthrogryposis, a rare condition that fuses joints together which make them unable to move, Claudio’s head was formed upside-down on his body. Doctor’s feared he would be left totally debilitated, but he has been defying the odds ever since. He has learned to be completely self-sufficient, doing almost everything by himself—from turning on the tv, typing with a pen in his mouth, and using the phone and computer with his lips. He has never let his disability interfere with living a happy and busy life. He’s now a successful accountant and gives motivational talks regularly.

According to the Guinness World Records, Jyoti is the world’s smallest living woman, weighing 11 pounds and measuring 23 inches. She’s constantly been mistaken for a child and been treated like a baby most of her life. Now at 21 years of age, she’s fulfilled her dreams of becoming an actress and has appeared in several television shows, including the popular "American Horror Story" series.

Born without any of his limbs, Nick Vujicic struggled emotionally and physically his entire adolescence, feeling depressed and isolated. After believing lies that he was inadequate and incapable of living a good life, Nick tried to commit suicide by drowning himself in a bathtub at the young age of 10. By the age of 15, Nick turned his faith to Jesus Christ, and he gained a new hope for his life and began using his disability to help others. He became a motivational speaker, traveling around the world to touch the lives of millions. He’s had a successful career as a published author and appears on television frequently. And despite believing that he would never be a suitable husband, he found and married the love of his life, Kanae Miyahara and they have two gorgeous children together.

The parents of conjoined twins, Abby and Brittany Hensel, worried their twins wouldn’t be capable of a quality life and considered separating them. When concern grew that only one would survive, their parents chose against it and decided to face the odds. As they grew, their parents and doctors were amazed at their ability to walk and develop other skills. Abby and Brittany have had to overcome several obstacles sharing the same body—each is responsible for controlling one side and they’ve had to learn to cooperate to take on everyday tasks. Now at the age of 25, the twins have gone on to defy the odds by getting their drivers license, getting their college degrees in education and becoming successful elementary school teachers. 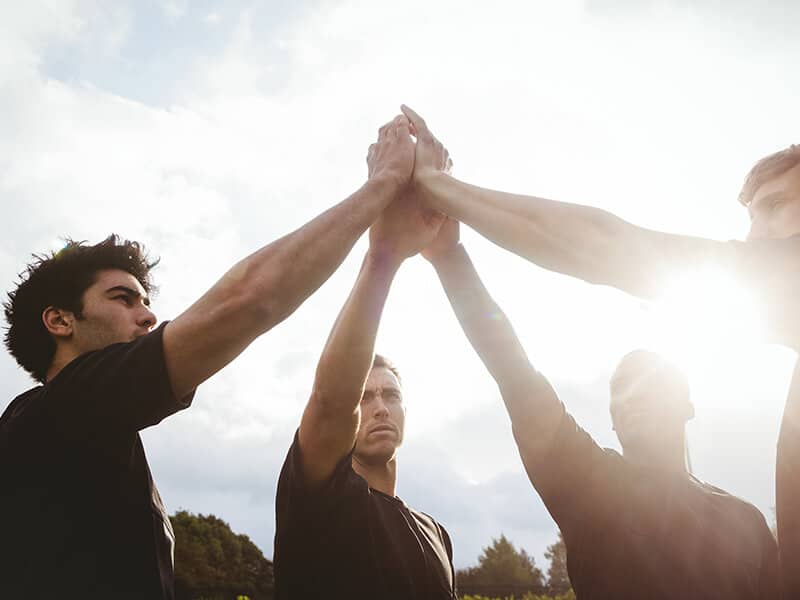 Why is Competition the Key to Success?
Competition teaches you essential lessons you’ll learn nowhere else. Read next feature >
Lindsey is a Writer at Large for Beliefnet