A look at activists who have inspired a nation.

American history is not without its blemishes. As great as the nation is and will be, discrimination against minorities is part of its past. In the midst of years of oppression, people rose and stood up against a machine that was bigger than them. Racial inequality and gender discrimination were and are issues that need to be put the rest in the in 21st Century. We will look at civil rights and social activists that really sounded the alarm in America. They woke us up from our intoxicated slumber and arrogance. They showed us a not so pretty reality of violence and abuse inflicted upon the innocent. If our country was going to stand for liberty, it must belong to all those who inhabit the land. All citizens have the right to vote, speak, and follow their own god without discrimination. Here are 6 people who radically influenced America, many still impact us today. May we never forget the past, and continue to work on building a better future.

Born a slave, African-American abolitionist Harriet Tubman escaped to change American history. Tubman worked for the Union Army when the war began--she was the first woman to guide the military during the operation at Raid at Harpers Ferry. She also aided John Brown, another American abolitionist, who radically wanted to overthrow slavery and the slavery system, to recruit men for his mission. Brown’s battle on Harper’s Ferry helped armed slaves take over the U.S. arsenals. However, he was caught and hanged for his involvement. Tubman was sick and did not make the battle, but she became a light to others in the movement, and her name is still revered today.

Ayaan Hirsi Ali is a Dutch-American activist and a former Muslim who speaks out against radical Islam. She suffered genital mutilation and moved to Holland and then to the U.S. after her father tried to force her to marry a cousin. Ali's influence is important in the West as she believes that not associating Islamic terror groups with religion is a mistake. Her life has been threatened since she left the Muslim religion, being called an “apostate” as she continues to educates people on Islam. However, being in America made her feel safe, and now she is working to free others by schooling people on the foundations of radical Islam, and its violence on the innocent. Ali founded the nonprofit AHA Foundation in 2007, which works for the defense of the rights of women, girls forced into marriage, honor killings, and genital mutilation.

Frederick Douglas Reese was a minister from Selma, Alabama. Even after the Jim Crow laws and the Civil Rights Act were already signed, blacks were still discriminated against. They were still not allowed to vote in 1965 in Selma. Reese was the President of the Selma Teachers Association. He thought it would be easier to harness these connections and encouraged the members to make this their fight as well. Reese would lead a group of teachers to the courthouse and others joined the march to push back officials stopping them to vote. This would lead to a march to the capital, Montgomery for the pursuit of voting rights. Reese started a campaign that would resonate for generations.

Gloria Steinem was the voice for millions of women and giving them a voice in the 1960s and 1970s. She co-founded the publication, Ms. Magazine, which focused on women’s rights and social issues. She became heavily involved in the civil rights movements during the Vietnam War, and gained a bigger platform as a speaker for the women’s liberation movement. She brought attention of the lack of women running for office, and how they were underrepresented in American politics. Steinem also was involved in the Equal Rights Amendment, which guaranteed equal rights for all women. The ERA was introduced in 1923 and passed by Congress in 1972.

Martin Luther King Jr. credited God for giving him the courage to fight against racism through peace. He paid the ultimate price with his life, but his heroism will ripple moving into the next generation. King’s story never gets old. He was an activist (1950s and 1960s) and leader in the African-American Civil Rights and a Baptist minister. King used the power of his words to stop violence, advocating equality for African Americans. His non-violent stance included the fight against poverty, and that all men and women were created equal no matter what color they were. He fought for African Americans to be able to ride the buses, and the U.S. Court ruled it was unconstitutional. His legacy will continue and along with his passion to use non-violence to create change.

Sojourner Truth was also born into slavery in Ulster County, NY and fled in 1886. She escaped to become a women’s rights advocate and traveled across the nation to preach on human rights. Most slaves did not have the opportunity to read or write and Truth still made history. Over the course of her work she joined other activists, including Amy Post, Harriet Beecher Stowe, and Susan B. Anthony. During a preaching engagement she asked a crowd in 1863: "Does not God love colored children as well as white children? And did not the same Savior die to save the one as well as the other?" The words are pretty powerful as a reminder to us today.

Although America has struggled in the past, it does not have to repeat its mistakes. We can still learn from history and the leaders today and yesterday are a reminder. We have more progress to make in our nation in regards to civil and social justice. Yet, we’ve achieved a lot as a country and it is worthy to be acknowledged. May we thank these leaders for standing up for what they believed in. 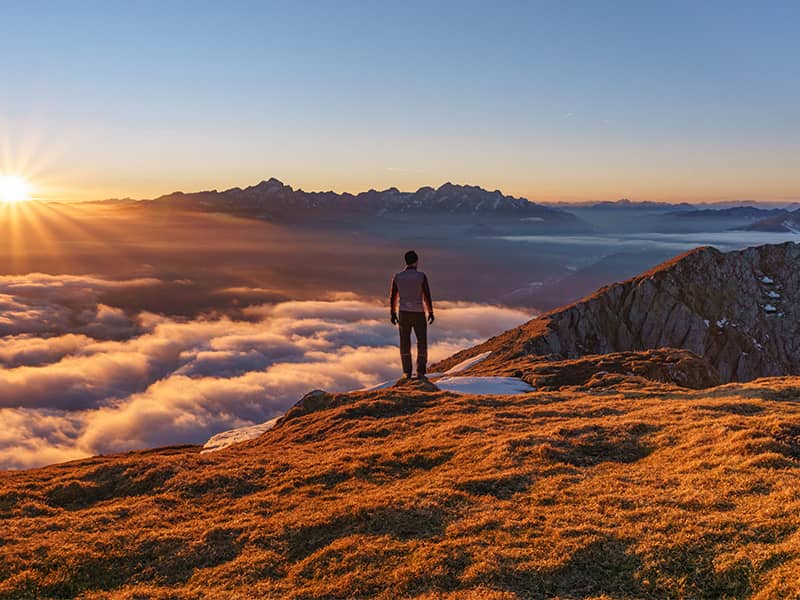 How to Reclaim Your Morning Routine
The morning is the perfect time to prepare for the day ahead. Read next feature >
Corine Gatti-Santillo is a freelance digital journalist, editor, and content producer. She is also the The Christian Post Voices Editor. She is also a former editor at Beliefnet.com.

More from beliefnet and our partners
Corine Gatti